Four Questions for this Year’s Seder

Every year at the Passover seder, Jews around the world open the re-telling of the story by declaring: ha lahma anya, which includes the line “All who are hungry, come and eat!” It is a beautiful gesture that expresses one of the core values of this holiday: everyone – no matter one’s income level – deserves to celebrate being free at Passover. The Mishnah teaches us that even the poorest of the poor are required to have 4 cups of wine at the seder (Mishnah Pesachim 10:1).

But how practical is this really? How many of us truly start our seder by reciting this line, in the vernacular, with our door thrown open to the street, and are genuinely ready to welcome the poor to our (carefully-set, hametz-free) table?

It turns out that throughout Jewish history, our teachers have interpreted this statement in different ways, allowing us to have a broader understanding of this invitation than we might initially have thought.

First it is important to note that many interpreters saw this invitation as just that: an actual invitation to poor people to join the seder. For instance, commenting on this line, R. Isaiah diTrani (13th c. Italy) said:

It is the obligation of every person to eat the first night of Passover, so we invite anyone who doesn’t have means (Haggadah Torat Hayyim, p. 17)

Indeed, the line itself seems to be taken from the Babylonian Talmud, in a story about Rav Huna. Apparently, not just on Passover, but whenever Rav Huna sat down to a meal, he would open his gates and say: “Whoever needs, come and eat!” (B Taanit 20b). Rava, who hears this story, says he could never live up to this standard; there are just too many poor people in his city to do this! (see Rashi to B Taanit 21a).

Feeding the Poor in Advance

It is not clear when this line entered the Haggadah (it is not present in the haggadahs of the Land of Israel, appearing only in the Babylonian tradition). But already by the 9th century, Rav Matityahu Gaon, a leading rabbinic authority, said the meaning of this line had changed from its literal interpretation. He wrote that we should not wait until Seder night to open the door and feed people in need. His recommendation? Feed the poor in advance, so they won’t have to beg on Passover itself. So why do we still say the line if we don’t literally mean to invite people right now? Because it is traditional to say this line, and we need to preserve the ritual traditions of our ancestors, even as the practice has changed.

Another approach to reading this invitation is to recognize that this was never meant to be taken literally as an invitation to the poor outside the house. Zedekiah ben Avraham, author of the legal work Shibbolei Ha-Leket (13th. Century, Italy) asks:

Do people really open their door on Passover night and say: whoever is hungry come and eat with me?! (Shibbolei Ha-Leket #218)

So what could this line mean? It must refer to the practice of not eating food leading into Passover, so that one will enter the meal with a lot of hunger and desire, especially for matzah. In other words, the invitation for those who are hungry to come and eat is directed at oneself and one’s family.

If we find it impractical to literally invite the poor inside our homes at the start of the seder, we can enact this line in other ways by (1) making sure in advance of the holiday that the poor have resources to eat on Passover night, and (2) inviting ourselves to partake of the meal we have prepared with desire.

Rituals and Relationships to Enhance Your Passover Seder

This week, my partner and I sat down to plan our seder. For us, this involves much more than deciding ... 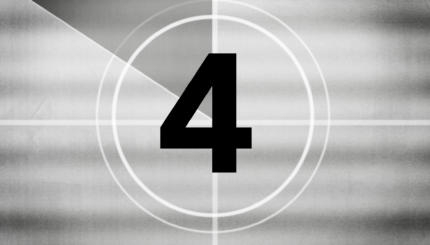