How to Deal With Negative Attitudes About Converts

The biblical book of Numbers sets out this principle of civil law:

“When a man or woman commits any wrong toward a fellow, breaking faith with the Lord, and that person realizes his guilt, he shall confess the wrong that he has done. He shall repay the injured party and add a fifth to it. If the [injured] man should [die and] and have no relative to whom restitution can be made, the amount repaid shall go to the Lord… ” (Numbers 5:5-8).

What Israelite could possibly have no relative, if one goes back far enough? The answer, as the second-century sage R. Ishmael recognized, is that this passage refers to converts, who are guaranteed the same civil law protections as native Israelites (cf. Sifre Naso 2).

The medieval midrash Numbers Rabbah further explains that since these laws in Numbers seem to repeat similar laws from Leviticus 5, “the Holy Blessed One wrote a section into the Torah to deal [explicitly] with the relations of [native] Israelites and converts.” The midrash then identifies six different cases of repeated language between the passages in Leviticus and Numbers. From the perspective of rabbinic exegesis, the problem of the repeated language necessitates reading the passage in Numbers as applying to a different case, and the problem of who would lack an Israelite relative resulted in the specific identification of Numbers 5 with converts.

From a rhetorical perspective, Numbers Rabbah already assumes that Numbers 5 deals with converts. The listing of the six cases of near-identical language serves as a tour de force proving that “converts are, in their essence, the same as [the rest of] Israel” (Numbers Rabbah 8:1).

The midrash immediately explains that God’s love for converts is a response to the love expressed by the converts themselves:

“Why does the Holy Blessed One love the righteous? Because they have neither inheritance nor family. Priests and Levites have an ancestral house, as it says ‘House of Aaron, praise the Lord. House of Levi, praise the Lord’ (Psalms 146:19). If someone wants to be a kohen (priest) or a Levite, one cannot because one’s father was not. But if someone wants to be righteous, even a non-Jew can, since that is not dependent on ancestry.”

The midrash continues with a parable about a stag that attaches itself to the king’s flock. Daily, the king instructs his shepherds to take care of the stag, and they ask the king why he cares so much about this one animal.

“The king responded, ‘The other animals have no choice; whether they want or not, it is their nature to graze in the field all day and to come in to sleep in the fold. Stags, however, sleep in the wilderness. It is not in their nature to come into places inhabited by man. Is it not to a sign of this one’s merit that he has left behind the whole of the wilderness to stay in our courtyard?’ In like manner, ought we not to be grateful to the proselyte who has left behind his family and his relatives, his nation and all the other nations of the world, and has chosen to come to us?”

This parable responds to the unvoiced question/critique of the native Israelite: “Why does the Torah provide all of these protections for the convert? Does God care more about them than about me?” The midrash responds, “Consider what the convert has given up.”

This section of the midrash concludes:

“Accordingly, God has provided the convert with special protection, warning Israel to be very careful not to do any harm to converts, and indeed, it says, ‘Love the convert’ (Deuteronomy 10:19)… Thus God made clear safeguards so that converts might not return to their former ways [which God fears they might do if native Israelites treat them poorly].”

The midrash returns to the issue of the convert’s family by retelling how Joshua and David dealt with the tribe of the Gibeonites. Joshua chapter 10 retells how, after the destruction of Jericho, the Gibeonites pretended to affiliate themselves with Israel in order to preserve themselves. Rabbinic tradition describes the Gibeonites as converts who converted for impure motives. As Joshua decides how he should treat the Gibeonites, the midrash has God speak to him:

“Joshua initially thought, ‘Should we bother with helping these converts?’ But the Holy Blessed One said to him, ‘Joshua…consider the plant from which you yourself have sprung! Are you not descended from converts?’ as it says, ‘Unto Joseph in the land of Egypt were born Manasseh and Ephraim whom Asenat, the daughter of Potiphera kohen of On bore’ (Genesis 46:20), and as it is written, ‘Of the tribe of Ephraim, Hoshea, the son of Nun’ (Numbers 13:8).”

In II Samuel 21, God explains to David that the famine, which has lasted for three years, was a punishment for Saul’s killing of some Gibeonites. David sought to provide restitution to the wronged Gibeonites who said they had no desire for compensation or retribution against any of Israel except for Saul himself. They demanded the execution of seven of Saul’s children, and David handed them over to the Gibeonites.

Later on, the midrash imagines non-Jews interrogating David concerning the execution of Saul’s children. When the non-Jews find out that David killed the children of a king as punishment for Saul having killed seven of the Gibeonites, they exclaim:

“If this happens to princes, how much more certain is it that ordinary folk [would be punished for abusing converts]! If in the case of the Gibeonites, who did not convert for pure motives, God has so obviously exacted punishment for the shedding of their blood, how much the more so for one who converted with pure motives? Truly, there is no god like their God and no nation like their nation, and we can do no better than attach ourselves to this nation whose God is greater than all other gods!”

David’s concern for justice for these converts should be seen against the unstated but obvious backdrop of his own descent from the Moabite convert Ruth.

The final section of this midrash is structured around a running exegesis of Psalm 128. Although the convert does not have Israelite ancestors or family, the descendants of converts take prominent roles in Jewish society:

“It is written, ‘Your children are like olive plants’ (Psalms 128:3). The olive tree produces olives for food, olives for drying, and olives for oil; its oil burns brighter than all other oils, and its leaves do not fall off in summer or in winter. So do the descendants of converts turn out; some of them are masters of Bible, some are masters of Mishnah, some are in business, some are scholars, some are sages, and some understand the right time for things.”

Not every child of a convert ends up David, but overall, they do end up valued and valuable members of the Jewish people. Indeed, the midrash points out that ultimately, the entire Jewish people are descendants from the first Jews-by-choice:

“[Like the leaves that do not fall off,] converts will possess descendants that will endure forever… This, in fact, we find to have been the case with Abraham and Sarah, who were converts. Abraham, having been a God-fearing man, was blessed with an enduring line of descendants, and so will all converts be blessed who behave as Abraham and Sarah did.”

The conclusion of the midrash returns to the contrast of the convert and the kohen. Although a convert may not marry a kohen, his/her daughter can, thereby finally bringing together the convert who lacks a pedigree and the kohen whose pedigree guarantees high status.

The similarity of verse 5 of Psalm 128–“May God bless you…”–and Numbers 6:24 supports this artful connection between the conclusion of the psalm and the priestly blessing (Numbers 6) that follows soon after the laws concerning civil law protection for the convert in Numbers 5.

The underlying message of Numbers Rabbah 8, taken as a whole, is clear; protection of the rights of the convert is a first and necessary step, but ultimately, the people of Israel must take responsibility for emulating God’s love of the convert. This love, and the peace it engenders, will allow the convert and the descendants of converts to integrate fully into the family of Israel.

Conversion waxes and wanes, based on the historical and national circumstances of the Jews. 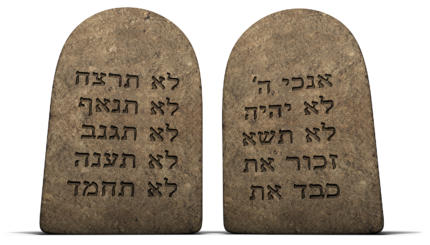 The different layers of the rabbinic discussion of conversion reveal the beginnings of a transformation from a citizenship ritual to a theological initiation rite.