The early pages of the Jewish prayer book contain a selection of preliminary prayers that aren’t part of the main body of the worship service. Many regular synagogue attendees, and even many synagogues themselves, abbreviate these parts or eliminate them entirely. Which is a shame, since they contain some of the most evocative pieces of liturgical poetry in all of Judaism.

One of these is the prayer V’ayrasteech Lee, which is traditionally recited as one binds the straps of the tefillin around the fingers. The verses are taken from the Book of Hosea and read as follows:

The use of marriage as metaphor for the relationship between God and the Jewish people is a common one in Jewish literature, but the Hosea version has an interesting wrinkle. Hosea’s wife is a harlot and the second chapter of the book opens with a description of her unfaithfulness to her husband. But in his abundant compassion, her husband (read: God) draws her back and restores her as she was in her youth, ultimately betrothing her to him forever.

It is a theme that runs throughout the books of the prophets — the people stray, they sin, they flirt with other gods. They may even worship them. But God, in loving compassion and infinite patience, gathers them back in again.

Two verses earlier, God says that on the day of their reunification, the formerly estranged wife will no longer call him ba’ali (בעלי), but rather ishi (אִישי). The latter term translates roughly as “my man” and the former as “my owner” (though ba’al is also the modern Hebrew word for husband). Name changes in the Bible are significant events, outward shifts that signal inner transformations. In this case, the change points to a deeper level of intimacy or, as one commentator suggests, to a shift from serving God out of fear to serving God out of love. (Ba’al also refers to various deities worshipped in the ancient world, so dropping the title ba’al also nods to Israel’s abandonment of other gods and returning to the one true God.)

When we recite these verses as prayer on weekday mornings, we enact the betrothal through the winding of the tefillin straps around the finger like a wedding ring. The act of tying gives physical expression to the binding of God and the Jewish people.

The final turn of the prayer is that through this betrothal, in righteousness and justice, goodness and mercy, we come to know God. Here too the analogue to the marital bond is inescapable. To know something, in the biblical sense, is to be intimate with it, to be penetrated by it. God is not an abstraction, but a force that we can come to deeply know through acts of righteousness, justice, goodness and mercy.

All of this, of course, is prelude to the most immediate way we bind ourselves with God: prayer. It makes sense that we begin our daily communion with God with a tangible gesture of betrothal. Jewish prayer is the primary daily vehicle for achieving closeness with the divine, the modern substitute for the animal sacrifices offered in the ancient Temple. In Hebrew, a sacrifice is a korban, from the Hebrew root meaning “to draw near.”

Like the reunion of estranged lovers, we draw near to God, we become intimate with God, through the act of prayer. 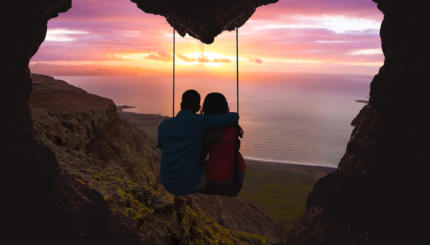 Why We Start the Amidah By Blessing the Patriarchs