Slander—the deliberate dissemination of damaging untruths—is banned by Jewish law, but curiously, without solid biblical precedent. Nonetheless, in premodern Jewish society, a slanderer (in Hebrew, a motzi shem ra) was subject to punishment on the basis of rabbinic authority.


We are equally discouraged from engaging in what is known as lashon ha-ra` (“evil speech”), a term usually applied to the spreading of information which, while factually accurate, causes damage of one sort or another to its subject. In fact, on the basis of the biblical ban on talebearing (“Do not go about as a talebearer among your countrymen” in Leviticus 19:16), Jewish moralistic literature attempts to dissuade us from any sort of talk about others, true or false.


There are those who defend what some pejoratively call “gossip” [known in Hebrew as rechilut] as necessary for social cohesion and as a potentially beneficial practice. The literature of Jewish speech ethics, however, attempts to minimize the amount we say about others, even of a complimentary nature, because of the foreseeable and even the unforeseeable ways in which it may cause them to be hurt, materially or emotionally. Therefore, unnecessary gossip is discouraged, and both speaker and listener are considered transgressors. With realism and resignation, however, the Talmud notes that this is one of the forbidden practices committed by each of us on a daily basis.

“Truth is God’s seal” (the image is that of a signet ring), we are told in the Talmud, but one rabbinic midrash or interpretive tale finds a precedent for censoring or bending the truth, in the actions of no less a biblical figure than that same God. In this interpretation, God took care to avoid insult and domestic strife by a deliberate act of misquotation: God told Abraham that Sarah had laughed at the notion that she could bear a child at her old age (rather than accurately reflecting her skepticism at both her husband’s and her own ability to produce offspring in their elder years). Other values as well, such as the preservation of life, “trump” truth-telling, allowing and at times even requiring one to speak a lie for a higher purpose.


Vows and oaths are speech acts that are also carefully regulated, in light of the Torah’s insistence that after a person takes such a step, “he shall not break his pledge; he must carry out all that has crossed his lips” (Numbers 30:3). But just the biblical text made some provision for releasing a person from his or her vows, so the larger Jewish legal tradition endow sages with the power, under limited circumstances, to free someone from self-imposed restrictions, even when speaking them aloud has endowed them with the force of law. That is a last resort, though; Jewish tradition discourages us from using language that even smacks of such formulations. In that way, many difficulties and transgressions may be avoided.


Fraud may be committed in ways that do not cause financial harm, but are no less harmful for that. One may defraud another by words alone, robbing someone of self-respect or self-confidence, or raising his or her hopes unfairly. The early rabbinic sages defined a category of “fraud by words” (ona’at devarim), and included it in the biblical prohibitions against the more common fraud whose effects are primarily material, not emotional. Thus, for example, one may not remind another person of his humble origins or ignominious past, nor may one “give the runaround” to a person in need, sending him to supposed sources of aid that will provide only disappointment. Even the use of a seemingly harmless nickname can inflict suffering—and thus qualify for this broad label of ona’at devarim.

Closely related is the category of geneivat da‘at, literally “stealing someone’s mind,” which refers to activities that build up false positive impressions of one’s intentions, as, for example, by offering to do a favor for someone you know is not in need of such assistance.


The victim of another person’s harmful acts, be they verbal or more concrete, is encouraged by biblical and rabbinic prescription to confront the offender verbally, rather than bear a grudge or harbor hatred. In the biblical book of Leviticus, these rules are the prelude to the well-known admonition to “love your neighbor as yourself”: “You shall not hate your kinsfolk in your heart. Reprove your kinsman, and incur no guilt because of him. You shall not take vengeance, or bear a grudge against your countrymen” (Leviticus 19:17-18).

Who Was the Chofetz Chayyim?

This influential 20th-century Jewish figure established his reputation first and foremost as an opponent of lashon hara, evil speech.

Truth and Lies in the Jewish Tradition

Jewish moralist literature sets a high standard of truthtelling, but one not without exceptions. 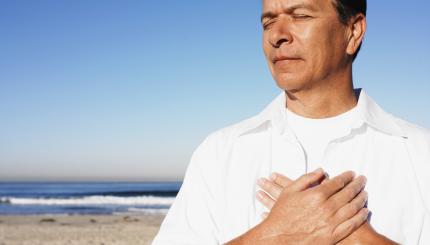 Comparing Vows and Oaths in Judaism

The act of speaking an oath or a vow aloud gives it binding force in traditional Jewish law.