On the night of November 9, 1938, synagogues, Jewish schools and Jewish-owned businesses were targeted in violent riots throughout Nazi Germany.

At least 267 synagogues were burned down or destroyed in the pogroms, which is known as Kristallnacht, the “night of broken glass.” The map below shows the extent of the damage. 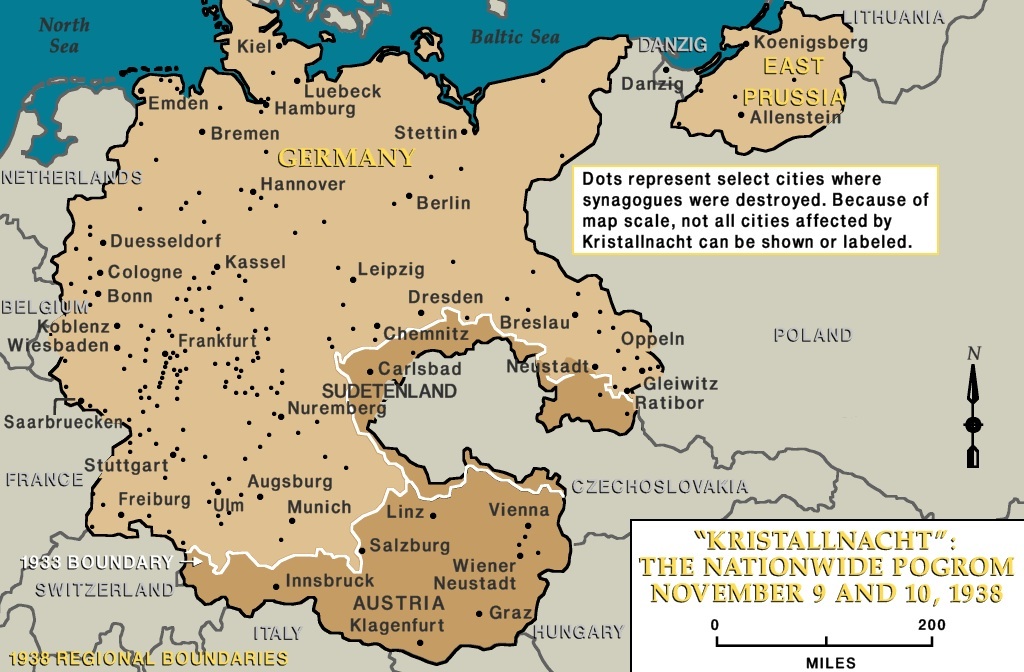 Jewish institutions and businesses were desecrated, torched and looted by Nazi paramilitary troops and civilian sympathizers. Tens of thousands of Jews were arrested, many were beaten and some were killed.