Torah stories are rich in human drama and do not shirk from describing triumphs and failures of the main protagonists of the Jewish story.

The Book of Genesis in particular offers nuanced descriptions of the family dynamics of the Jewish patriarchs and matriarchs — both their virtues and their dysfunctions. And careful readings of these stories provide enduring guidance for negotiating these most intimate of relationships.

On Parents and Children:

Among the most troubled families in Genesis is that of Isaac and Rebecca.

Their children emerged from the womb with different impulses: Esau is red, hairy and a hunter; Jacob mild-mannered and prefers to stay at home. And their parents react to them differently too: Isaac loves Esau, but Rebecca favors Jacob.

What follows is a troubling tapestry of familial struggle and betrayal that commentators have mined for lessons that can still guide us today. Should parents love children for who they are or guide them toward their full human potential ? Should children be loved for what they do or who they are?

The first couple we meet in the Torah is created when God responds to Adam’s loneliness by fashioning Eve from his rib. The couple was one, then become two — a separation exacerbated by their disobedience, which leads each to blame the other. But Genesis also provides the instruction that man and wife must leave their parents to become “one flesh” — an image that captures the Torah’s separate-but-unified ideal.

Similarly, the Torah describes Rebecca and Isaac’s marriage as one where the wife resorted to trickery to win the birthright for her favored son. Some commentators understand Rebecca to have been unable to speak forthrightly to her husband because of her excessive adulation of him. A marriage, the Torah seems to say, must be properly balanced between respect for one’s spouse and respect for one’s self.

Genesis describes multiple stories of strained relations between siblings. The first murder is perpetrated by Cain against his brother Abel. Jacob and Esau were estranged for years after Jacob stole his brother’s birthright. And Joseph is sold into slavery by his brothers.

But the Torah also gives us models of sibling reconciliation. Joseph’s warning to his brothers not be quarrelsome provides multiple ways to repair a broken sibling relationship. And Jacob’s reconciliation with Esau can be seen as suggesting that time and personal development may be more critical to fixing the breach between the brothers than any interpersonal action. 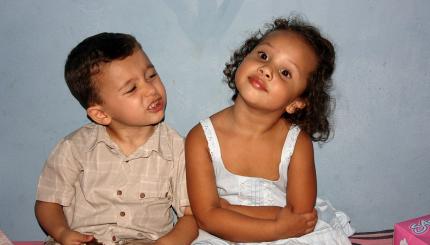 Judaism recognizes that sibling relationships are very important, and can be very challenging.