The period from Rosh Hashanah to Yom Kippur is known as the Ten Days of Repentance. This name appears in sources from the Land of Israel, including the Jerusalem Talmud.

The concept of these days as a special unit of time in the Jewish year dates at least to the third century BCE. Rabbi Yohanan, who lived in the Land of Israel during that period, describes his conception of divine judgment and inscription in this season:

The Ten Days of Repentance are seen as an opportunity for change. And since the extremes of complete righteousness and complete wickedness are few and far between, Rosh Hashanah functions, for the majority of people, as the opening of a trial that extends until Yom Kippur. It is an unusual trial. Most trials are intended to determine responsibility for past deeds. This one, however, has an added dimension: determining what can be done about future deeds. The Ten Days of Repentance are crucial to the outcome of the trial, since our verdict is determined both by our attitude toward our misdeeds and by our attempts to rectify them by changing ourselves.

The famous piyyut (religious poem) Unetanah tokef discusses the fact that between Rosh Hashanah and Yom Kippur there is an opportunity “to avert the severe decree” through three actions: repentance, prayer, and charity. The requirements for repentance include a change of mind, a feeling of regret, and a determination to change, along with an effort to repair the effects of one’s misdeed.

The efficacy of repentance and prayer were the subject of a debate between Rabbi Judah and Rabbi Joshua ben Levi, two early third‑century sages from the Land of Israel. Rabbi Judah teaches that “repentance cancels half the punishment for sin while prayer cancels all the punishment,” while Rabbi Joshua takes the opposite viewpoint. Another early amora (Talmudic sage), Rabbi Hanana bar Yitzhak, recounted a legend of a meeting between Adam and Cain.

Adam said to him, “What happened regarding your punishment?” Cain replied, “I repented and it was mitigated.” When Adam heard this he banged his head and said, “So great is the power of repentance and I did not know about it!”‘

The extremes to which rabbinic Judaism has gone to convince people of the possibility of repentance is illustrated in the Talmud by the story of Elazar ben Durdaya, a man who “sought out every harlot in the world.”

Once he traveled far just to enjoy the favors of one particular woman who spit in his face and said to him, “Just as this spittle will never return whence it came, so will Elazar ben Durdaya never achieve repentance!” He was so startled and troubled by this that he immediately attempted to repent. He went and sat between two mountains and hills and said, “Mountains and hills, beg mercy for me!” They replied, “Before we can do this for you, we must beg mercy for ourselves, as it is said, ‘For the mountains may move and the hills be shaken'” (Isiaiah 54:10).

Another important rabbinic tale about repentance concerns the famous apostate Elisha ben Abuya, who was urged by his pupil Rabbi Meir to repent, but replied that he could not. When asked why that was so, he explained that he had once ridden by the Holy of Holies on Yom Kippur and had heard a voice proclaim, “Return, O rebellious children, I will heal your afflictions, except for Elisha ben Abuya who knew my power and rebelled against me.” Saul Lieberman once remarked that this was Elisha’s greatest apostasy, since repentance is always open to everyone.

While repentance is the primary act to be performed during the Ten Days of Penitence, charity and prayer are no less important. Tzedakah, charity or acts of righteousness, requires that we look outside ourselves and see the needs of others. What can we do to help those who need us, financially or otherwise? In many synagogues, charity plates are put at the door before Yom Kippur so that people can make donations at that time if they have not yet done so. It is important to point out that the emphasis placed on tzedakah during this crucial time in the Jewish year merely serves to impress upon us the need to make charity a part of our lives in general. Prayer, the other action that can mitigate our sentence, as it were, is a further method of introspection and change of character. The daily prayers and the special Sabbath between Rosh Hashanah and Yom Kippur intensify the usual services in a special way.

This article is excerpted with permission from Entering the High Holy Days, published by the Jewish Publication Society. 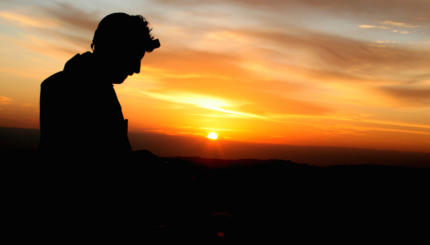 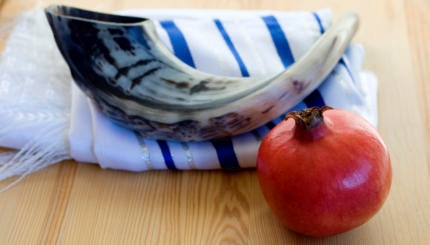 4 reasons we read this text on the Day of Atonement