The Rabbis and the Common Folk

During the fluctuations of Jewish fortunes in Palestine and Babylonia, a loosely organized group of scholars, known collectively as the amoraim ("explainers" of the Mishnah) continued to expound and develop the rabbinic tradition. From about 200 to 425 in Palestine and around 200 to 500 in Babylonia, they were busy discussing and analyzing the Mishnah, as well as baraitot (tannaitic traditions not included in the Mishnah) and midrashic (interpretive) traditions, in a process which ultimately led to a series of redacted documents: the Babylonian Talmud, the Palestinian (Jerusalem) Talmud, and the amoraic, exegetical midrashim. This two-part article recounts that process. It is reprinted with permission from From Text to Tradition: A History of Second Temple and Rabbinic Judaism (Ktav).

The Work of the Amoraim

The two Talmuds, the Palestinian and the Babylonian, emerged after centuries of debate, study, and clarification. In each country, groups of amoraim labored to understand and develop the traditions they had received from tannaitic forebears. Even the most cursory examination will show that individual scholars did not work alone. Senior scholars taught more junior scholars who eventually became colleagues.

The senior colleagues usually possessed reshut, the authority to adjudicate legal cases, which was the equivalent of the Palestinian semikhah, rabbinic ordination. Indeed, amoraim served the Jewish community as teachers and judges and gave guidance on matters of Jewish practice and faith. Scholars were often connected by shared discipleship, but many of them studied with more than one master, beginning with one teacher and on his death becoming the student of another.

At a minimum, then, it is certain that circles of teacher and students, which, for convenience, we will call schools, existed among the amoraim. These schools met often, perhaps daily, and had an inner hierarchy. When the master died, they often dissolved, with the students going to other masters, unless a senior student had attained enough status and learning to carry on as the new master. In such cases, some disciples would remain with the new master.

Many halakhic [legal] and aggadic [narrative] interpretations found in the Talmuds stem from such circles or schools. These teachings sometimes gained prominence in both Babylonia and Palestine because they were carried from circle to circle as students moved and masters interacted. This interaction and communication was responsible for some of the many parallel passages in the Talmuds and other rabbinic texts, although in the greatest number of cases redactional activity was the cause.

Were There Actual Academies?

The existence of actual institutions, academies, in amoraic times is difficult to confirm. More than likely, there were no formal institutions in Babylonia, where central institutions of learning did not develop because the exilarch’s political authority was separate from the religious authority of the rabbis. On the other hand, in Palestine, the patriarchal academy, located for most of the amoraic period at Sepphoris or Tiberias, served as the center of much of the amoraic activity.

In Babylonia, individual teachers occasionally had enough authority for their schools to function as de facto central academies, but the circles around them appear to have made no attempt to so constitute themselves as to automatically continue into the next generation. This is what distinguishes these schools form full-fledged academies.

It must be stressed that the students of these masters were often quite mature in their own scholarship. Many of the face to‑face discussions recorded in the Talmudstook place in such circles before the scholars in question became independent masters. Some modern scholars have suggested that there were no face‑to‑face discussions, maintaining that the ones recorded in the Talmud were virtually all constructed by its editors. That such debates did really occur, however, can be demonstrated by comparing their form with that of other disputes in which the redactors of the Talmuds artificially constructed arguments out of independent statements by individual amoraim. The artificial debates can usually be detected by examining the literary style of the text.

In Palestine, however, much more of the activity can be safely assigned to the central academies at Tiberias, Sepphoris, and Caesarea and to other formalized institutions. It was only later, in the gaonic period, after the redaction of the Talmuds, that central institutions developed in Babylonia, to some extent under the influence of the Islamic academies located there. 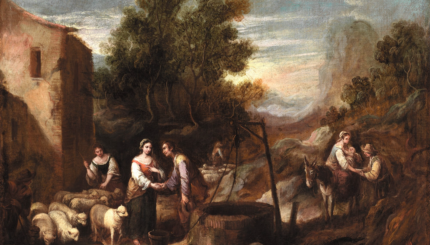 The great sages of the Mishnah and Talmud.