Ask the Expert: An Optional Paragraph

Too Busy for Redemption

As on Shabbat and other festivals, the Grace After Meals (Birkat Hamazon) recited at the Passover seder is preceded by Psalm 126. Tenses in biblical Hebrew are notoriously difficult, but the psalm seems to alternate between thankfulness for a redemption that has already happened and hopefulness about a redemption that still lies ahead. To read the psalm carefully is to learn a powerful lesson about how the Bible presents the experience of faith.

What does the psalm mean when it declares that the returnees were “like those who dream [k’holmim]”? The Bible scholar John Goldingay explains that it may “refer to the experience of a wonderful dream; we were like people waking up after what we took to be a great dream and finding that the dream is reality.” Even if at least some of the exiles had been confident that a return to Zion would one day come, the experience nevertheless overwhelmed them. They, or their parents, had lost everything, and now they were being granted a new beginning.

Some traditional commentators hear the simile somewhat differently. The redemption is so powerful, so sweet and so liberating that it reduces all the woes suffered in exile to a mere fleeting dream. The glory of return makes the tribulations of exile seem as naught.

But the word holmim, which is usually translated as “those who dream,” can have another meaning as well. It can also mean “those who are returned to health.” Robbing the people of their life force, stripping them of their vitality, the exile — not unlike the slavery in Egypt whose end we celebrate on Passover — was experienced as illness. And now God was returning them to the land, serving as their doctor and healer. As God states in Exodus 15:26, if the people observe God’s laws, God “will not bring upon you any of the diseases that I brought upon the Egyptians, for I am your healer.” To return from exile, whether literal or metaphorical, can feel like coming to life again.

We need not choose between the two meanings. Brought home after a crushing exile, the people were as dreamers and as those restored to health and vitality.  But if this is so, then why the second set of three verses?  Why the hope for the future, as if redemption had not yet come?

The return from exile started slowly. Although some exiles returned, many chose not to. And although the return was a source of tremendous inspiration, it still fell far short of the glorious redemption that the prophets had promised. “Seeing some exiles returning, the [psalmist] rejoices and prays for the return of all,” the Bible scholar Richard Clifford has observed. “It is clear from the literature of Second Temple Judaism that many in Israel did not regard the restoration from exile as finished.” In other words, the first half of the psalm expresses exuberant joy over what God has already done; the second half, in turn, prays that God will finish what God has started.

There is a potent spiritual lesson in the fact that the psalmist sings for joy. The redemption is not yet complete. Only some of what he longs for has come to be. And yet he is filled with gratitude. This means that we can have only some of what we want, only part of what we need, only a portion of what we’ve been promised, and still make space for full-hearted and full-throated gratitude. This is arguably also the message of the Dayenu prayer we recited at the seder. Even if God had not done all that God had promised, it would still have been sufficient.

But there is another lesson too. Biblical faith often lies between memories of what has happened in the past and hopes for what will yet happen in the future. The past is a foretaste and an anticipation of the future. The psalmist looks back on a mini-redemption that God has wrought (bringing some of the exiles back) and looks forward to a more total redemption that God will one day bring (bringing all of the exiles back, restoring the people to a life of full dignity in their land).

As Jews, we live in the space between the first half of the psalm and the second.  As Passover reminds us, the memory of Exodus accompanies and guides us everywhere. But the redemption is not yet complete. As we are reminded each day, we live in a broken world, one suffused with suffering and overrun by cruelty and callousness. So even as we celebrate one redemption, we pray for another.

Time and again over the course of Passover — and every time we recite Psalm 126 — we express both deep gratitude for the redemption we already have and fervent hope for the one still to come.

This article initially appeared in My Jewish Learning’s Shabbat newsletter Recharge on April 16, 2022. To sign up to receive Recharge each week in your inbox, click here. 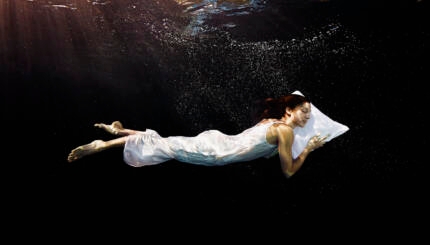 Dreaming the World into Being

Jewish tradition suggests that dreams awaken the imaginative faculty without which prophecy is impossible.

The blessings that conclude the Amidah's center section emphasize God's redemption of Israel. 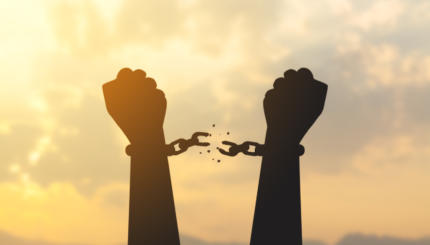 The Mishnah says the seder must begin with the disgrace of enslavement and end with praise of God. The authors of the Haggadah did a little more than that.