The following article explores the second half of the traditional ketubah. The first part of the ketubah describes the groom’s proposal of marriage and the basic funds committed to the marriage from the bride’s family and the groom; click here to read an explanation of the first part of the ketubah. Reprinted from The Jewish Way in Love and Marriage by permission of Jonathan David Publishers.

The Groom, in Turn, Promised an Additional Gift

The tosefet ketubah has a parallel history to mohar, although the mohar was legal and compulsory and the tosefet ketubah social and voluntary. Both were designed to protect the woman. The latter was originally a wedding gift to the bride, and turned into a debt which was to be redeemed at the termination of marriage, by death of the husband or divorce. It had the same security advantage as did the mohar (although this was not instituted by Simeon ben Shetach).

And Secured the Promise With a Lien on His Property

"And thus said _______ , the said groom: "I take upon myself, and my heirs after me, the surety of this ketubah, of the dowry, and of the additional sum, so that all this shall be paid from the best part of my property, real and personal, that I now possess or may hereafter acquire. All my property, even the mantle on my shoulders, shall be mortgaged for the security of this ketubah and of the dowry and of the addition made thereto, during my lifetime and after my lifetime from this day forever."

The Surety of This Ketubah. Rabbi Simeon ben Shetach made the ketubah into a note of indebtedness to protect the wife. He also introduced a guarantee that it would not remain merely a promise made in the flush of love, but a contractual obligation. The ketubah therefore includes a lien on the groom’s property to secure the satisfaction of the triple obligation of mohar [the cash gift the groom gives the bride], nedunya [dowry], and tosefet ketubah, or as the ketubah reads, she’tar ketubta da, nedunya den, ve’tosefta da. A lien on the debtor’s property (the groom’s) means that the law considers the property as a sort of mortgage. It is a shibuda de’oraita, a lien that is a biblical mandate, even more than a simple mortgage. The lien of the ketubah obligates the husband personally and it is therefore not only a mortgage on his real estate, but also on "property, the best part… real and personal… the mantle on my shoulders… now… or hereafter… during my lifetime and forever."

And the Lien Is Fully Valid

"And the surety for all the obligations of this ketubah, dowry and the additional sum has been assumed by _______ the said groom, with the full obligation dictated by all documents of ketubot and additional sums due every daughter of Israel, executed in accordance with the enactment of our sages, of blessed memory. It is not to be regarded as an indecisive contractual obligation nor as a stereotyped form."

Not a Stereotyped Form. To assure the legal effectiveness of the debt and the lien made at a moment of exhilaration and romantic expectation, and to prevent the ketubah from being considered a mere statement of love commitment, with no legal binding force, the sages expressly affirmed, "It is not to be regarded as an asmakhta, an indecisive contractual obligation," a sort of speculation, or as a "stereotyped form," a routine rubber-stamp procedure.

Then Everything Was Sealed

The Act of Acquisition (Kinyan). In order to seal all of the stipulated obligations, and to assure that the document is not asmakhta (based on speculation), the rabbis required the legal formality of kinyan, the act of acquisition. Because the bride cannot take possession of all the property, the groom affirms it by a symbolic act called kinyan suddar.

Thus, at the wedding, the rabbi or one of the witnesses gives a handkerchief or other article (but not a coin) on behalf of the recipient (the bride) to the groom. The groom then returns it. Then they record in the ketubah, ve’kanina ("and we have completed the act of acquisition"). This symbolic act must be seen clearly by the witnesses, who are the makers of the contract, before they sign to its validity. If the ketubah is calligraphed by a scribe, or printed in advance of the wedding, one letter of the word ve’kanina (or the whole word) is usually omitted so that the ketubah is technically not completed before the kinyan itself is made. If this custom is overlooked, it does not alter the ketubah’s validity, so long as the witnesses in fact witness the kinyan-transfer of the handkerchief.

Everything Is Valid and Established. The sages took precautions that legal documents not be tampered with or added to, and therefore instituted several procedures in concluding the document. First, the last sentence had to briefly summarize the contents; second, the formula ha-kol sharir ve’kayam, ("and everything is valid and established") must appear at the end of that line; and third, the witnesses must sign very close to the last line.

In the ketubah, the summary is "for all that which is stated and explained above, by an instrument legally fit to establish a transaction." The formula follows, "and everything is valid and established." And the witnesses sign immediately thereafter on the next line beneath the formula.

And the Witnesses Attested to It

The Witnesses. The witnesses must follow these guidelines, although today the preprinted ketubot usually prevent error. [Traditionally, witnesses must be male, though women serve as witnesses in many non-Orthodox communities today.]

1. The witness must write his first name, son of his father’s first name, whether he is a kohen [of priestly descent] or Levi, preferably also the family name, and follow it with the word ed (witness).

2. It must be in his own handwriting, not that of the scribe.

3. It must be signed as close to the text as possible, so that no words can easily be inserted.

4. The signature should not begin in the middle of the line.

5. Ideally, the two witnesses should sign one name under the other, as they would on a get (bill of divorce).

6. They should not sign before it is fully completed, including, if it is calligraphed, the omitted letter in ve’kanina.

7. They should have read the document, or have had it read to them.

8. They should have witnessed both the kinyan and each other’s signing, as on a get. 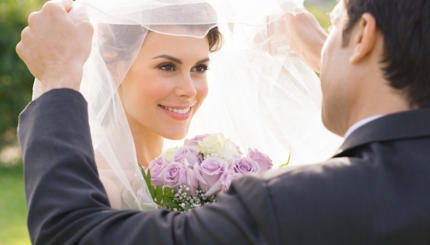 The ketubah is an ancient contract delineating the obligations of the husband to his wife. 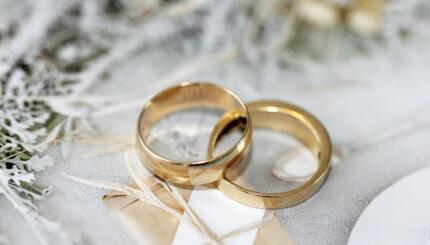