Good stories have a beginning, middle and end. Great stories connect these points in imaginative and unexpected ways. The Hebrew Bible is filled with echoes and allusions connecting its characters and narratives. Some of them are obvious. Others require a bit more imagination.

One of these allusions connects the Passover holiday and the Exodus from Egypt to the famous coat of many colors Jacob gives to his favorite son Joseph. One might think the link is simply Joseph himself, the figure ultimately responsible for bringing the Israelites into Egypt. But the link is more subtle than that and centers on the first ritual food eaten during the Passover seder: the karpas, the green vegetable we usually call parsley.

We typically see parsley as symbolizing springtime. Spring is a time of rebirth, and the Exodus from Egypt marks the rebirth of the Israelites after hundreds of years of slavery. Passover also takes place in the spring and parsley echoes that time of year.

But karpas means more than parsley and we get a glimpse of its the other meanings in two different texts — a commentary by Rashi and a verse in the biblical book of Esther.

In his commentary, Rashi describes the coat of many colors as k’li mailat k’mo karpas, a “clothing of fine wool.” Rashi derived this meaning from the appearance of the word karpas in the Book of Esther 1:6, where it refers to a fine linen garment (according to the Targum Aramaic translation, karpas here actually means wool.). The verse in Esther is the only time the word karpas appears in the Tanach.

The connection is clear. Karpas not only represents the springtime. It represents Joseph’s coat of many colors.

What lesson does this teach? Why would we need to consider Joseph’s coat at the Passover seder? Isn’t that story more of a warning against parental favoritism and sibling rivalry? What place does it have at the Passover celebration?

The Talmud says Jacob giving Joseph the coat of many colors directly led to the Israelites going down to Egypt. In Tractate Shabbat 10b, the Talmud warns: “A person should never distinguish one of his sons from among the other sons by giving him preferential treatment. As, due to the weight of two sela of fine wool [meilat] that Jacob gave to Joseph, beyond what he gave the rest of his sons, in making him the striped coat, his brothers became jealous of him and the matter unfolded and our forefathers descended to Egypt.”

This connection helps us understand why dipping the karpas is the first ritual (after the ceremonial hand-washing) of the seder. It is the giving of the coat of many colors to Joseph that led the Israelites to Egypt. It was what literary scholars refer to as the inciting incident for the Passover story.

To further emphasize the connection between the coat and the karpas, some medieval rabbis ruled that the karpas should be dipped in red vinegar to remind us of the blood in which the coat of many colors was dipped. But over time saltwater prevailed as a symbol of the tears of slavery. 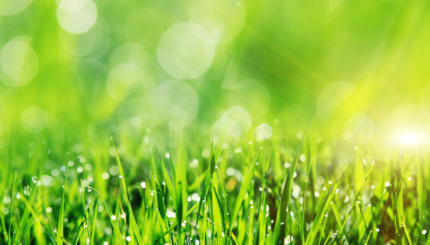 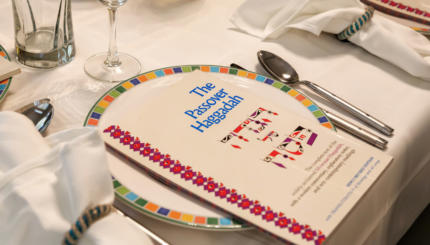 Hebrew and English text of this iconic Passover song. 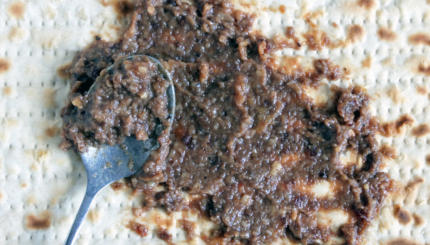 Remembering Our Oppression With Sweetness

The haroset paste eaten at the Passover Seder recalls the mortar the Israelite slaves used to build in Egypt. So why is it so sweet?