The key teaching of this week’s Torah portion, Eikev, is that all wealth originates with God. “When you have eaten your fill,” Moses warns the people, on the edge of the Promised Land, “and have built fine houses to live in, and your herds and flocks have multiplied . . . beware lest your heart grow haughty and . . . you say to yourselves, ‘My own power and the might of my own hand have won this wealth for me.’. . . Remember that it is the Lord your God who gives you the power to get wealth . . .” (Deuteronomy 8: 12-18).

This teaching provides the theological foundation for Judaism’s economic philosophy. According to Rabbi Meir Tamari, director of the Centre for Business Ethics in Jerusalem, the concept of the divine ownership of wealth “is the only reliable means whereby greed is able to be channeled into morality” (The Challenge of Wealth, 1995). Rabbi Jacob Neusner similarly affirms that the concept that “God owns the land and that the household holds the land in joint tenancy with God” accounts for the “mixed economics –market [and] distributive,” of Judaism (The Economics of the Mishnah, 1990).

Parashat Eikev makes this as clear as day:

[T]he heavens to their uttermost reaches,” cries Moses, “belong to the Lord your God, the earth and all that is on it!”–to the God who “upholds the cause of the fatherless and the widow, and befriends the stranger, providing him with food and clothing. You too must befriend the stranger, for you were strangers in the land of Egypt. (Deuteronomy 10: 14-19)

The sense of social responsibility mandated by this teaching is radically different from the worship of private property that has marked American culture since the ascendancy of conservative politics under Ronald Reagan. Lowering or eliminating taxes, cutting back on social programs, delegitimating government, cultivating the celebrity of the rich, punishing rather than rehabilitating the poor–these features of conservative philosophy add up to the “haughty” attitude that Moses warns against: “My own power and the might of my own hand have won this wealth for me.”

To oppose this with a statement about the divine ownership of wealth, however, does not add up to a very effective opposition–not in an era in which even many religious folk have “shaved off God’s beard” and embraced more humanistic and naturalistic theologies. Our task, therefore, is to translate Moses’ statement that “the heavens to their uttermost reaches belong to the Lord your God, the earth and all that is on it!” into humanistic terms.

This translation can be gleaned from the statements of several notable Jews:

In a 1998 profile, the late Joseph Worth, who invented the airplane engine that propelled Charles Lindbergh’s Spirit of St. Louis across the Atlantic, stated that “There are no real inventions. I don’t even like the word. There are only developments.” Similarly, Albert Einstein, the paradigmatic “genius” of the 20th century, was nevertheless firm in his insistence that “in science . . . the work of the individual is so bound up with that of his [sic] scientific predecessors and contemporaries that it appears almost as an impersonal product of his generation.”

In a 1992 essay, political scientist Gar Alperovitz enumerated the long chain of “developments” involved in the creation of wealth: When “a bright young . . . inventor produces an innovation that makes him a millionaire . . . his ‘invention’ . . . is literally unthinkable without the previous generations,” including “the evolution of overall skill levels, repeated generations of schooling,” the “centuries of science” and “the development of technologies and inventions among hundreds of thousands of scientists and engineers and millions of skilled working people.” The young inventor, Alperovitz concluded, “picks the best fruit of a tree which stands on a huge mountain of human contribution.”

Ben Cohen of Ben & Jerry’s Ice Cream added a business perspective to this discussion in a 1992 essay:

Inspired by these statements, we translate the humbling religious recognition of the “divine ownership of wealth” into an equally humbling recognition of the collective effort involved in the generation of wealth. Within our wealth-worshipping culture the assertion of this reality is deeply radical, for it declares individual wealth to be neither a right, nor a privilege, nor a measure of individual human worth — but a form of stewardship, freighted with responsibilities.

The Daughters Of Zelophehad

Just as God advocated for the property rights of Zelophehad's daughters, we should work to create economic opportunities for those who have lacked them. 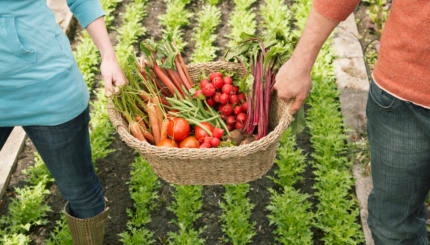 Through Weakness And Strength

In times of success and prosperity we must remember those who have assisted us in the past.