Shemot, the Hebrew title of the Book of Exodus, means “names,” suggesting how significant the issue of identity will be as the saga of Jewish slavery, redemption, and revelation unfolds. Shemot opens with a list of the names of the Children of Israel as they came down to Egypt, counting each individual within those families: “Now all those descended from Jacob were seventy souls, and Joseph, who was in Egypt .”(Exodus 1:5).”

Shortly afterwards, “A new king arose over Egypt, who did not know about Joseph.” (Exodus 1:8) This Pharaoh, unaware of the name of the most famous Israelite–in fact, one of the most famous men in all of Egypt–will dedicate his life to eradicating all that the first few verses of Shemot had established.

By considering Pharaoh’s process of dehumanizing (essentially un-naming) the Children of Israel, we will discover how powerful names are, and how they can help us build a world of greater consciousness and conscientiousness.

Feeling threatened by the presence of the Children of Israel flourishing in his land, Pharaoh begins a multi-staged plan of isolation and oppression in order to estrange them from Egyptian society. As if anticipating Pharaoh’s next move, the Torah sets the stage by describing Israel as if it were a colony of insects: “The Children of Israel were fruitful and swarmed and increased and became very strong, and the land became filled with them.” (Exodus 1:7)

Viewed in such a light, Israel arouses disgust in the Egyptian people.This is in strong distinction to the opening of Shemot, in which each of the tribal heads are named, and every person, 70 souls, is counted.

Soon after that, “the Egyptians enslaved the Children of Israel with backbreaking labor,” fully alienating them from Egyptian society. They become a lowly caste of slaves, harshly driven by their taskmasters. The Midrash says that the excessive toil was designed to wear out the men and keep them from their wives, so that they would not reproduce.

Next, Pharaoh tries to get the Hebrew midwives to kill all newly born males. From here it is a small step indeed to the final solution: Pharaoh commands his people to drown all male babies in the Nile.

How terribly reminiscent of our people’s recent history. First the dehumanization, the terrible propaganda, that ascribed the name of enemy to an entire people. Friends, neighbors, business partners, great thinkers–the Nazis learned to see all these people as nothing but Jude, Jew.

The alienation brought by such an appellation facilitated their removal from society, an important stage whose ultimate consequence was concentration camps and the giving of numbers to each individual, utterly obliterating any sense of name at all. Now, numbered like objects in a warehouse, the people were so dehumanized their wholesale slaughter seemed perfectly acceptable.

Names in the Torah

The significance of names in the Torah is apparent from the beginning. Seeking a helpmate for the first man, God brings all of the animals of the world before him, “To see what the man would call them.” (Genesis 2:18-19). Before names, the man is alone. The act of naming opens the potential for relationship.

However, the text does not record the names given by man to any of the animals. When woman, the one to whom man can truly relate, is created, he says (Genesis 2:23): “This is bone from my bones, flesh from my flesh, therefore let her be called Ishah (woman) for she was taken out of Ish (man).”

The first name explicated in the Torah is a name of deep, essential connection. Later, the first woman is given an even more specific name–Chava (Eve)–because she is in universal relationship: “the mother of all the living.” (Genesis 3:20)

Our names are our essence. They are meant to describe what we truly are. If there were no names, what could one person call another? “Hey you: tall guy, smart guy, guy with red hair…” We would have no connection to anyone’s true essence. There could be no real relationship.

Why is it that turning people into numbers is such a terrible thought to us? Because removing the name undermines the true nature of humans! Using numbers to tell the difference between one person and another means that I do not care at all about the people I am counting. I just need a way of telling them apart, like apples in a barrel!

If the removal of names can lead to the destruction of a people, then the appropriate use of names can bring redemption. God’s desire to liberate the slaves is aroused, in part, by the names with which Sh’mot opens. By keeping their Hebrew names during the period of enslavement, the Israelites prevented total assimilation into Egyptian culture. God teaches Moses various Divine names and their meanings to prepare him for his role as liberator.

Humans are brought into the world to give things their essence, their meaning, and their place in the world. When we do this, we truly fulfill our Divine purpose. When we do not, we risk destroying God’s world. We must constantly be asking ourselves about our relationships. Are they relationships of love and caring, or are they self-serving and exploitative?

How do I relate to those different than me? How do I relate to the world beyond my immediate surroundings, for example, to the rainforests? To the cows at the factory dairy farm whose milk I drink every morning? To the chickens at the industrial poultry shed near my house? When I buy brand new sneakers, do I consider who made them? How was that individual human being treated while he or she made my shoes?

If we deny the names–the unique identity–of other people, of the creatures and plants and places of the earth, we risk becoming like Pharaoh and all the other despots of the world. Threatened by the complexity and variety of the world, they chose to see others as nameless resources, as nothing more than a means towards their own personal goals. Such a path, while often seeming to increase comfort and efficiency in the present, ultimately leads to slavery and oblivion. 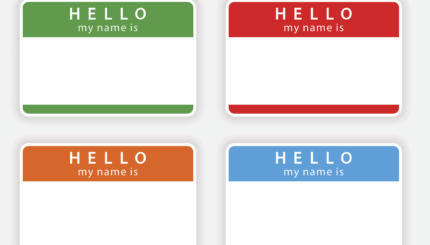 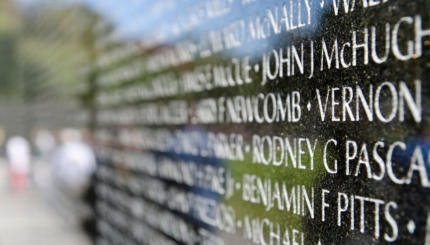 We must find the causes that make us most passionate--and work for change.