One of the most difficult and troubling of all the laws in the Torah appears in this week’s portion — the law of the ‘ben sorer u’moreh‘ — the wayward and rebellious son.

This is what it says in the 21st chapter of Deuteronomy:

When a man has a son who is wayward and rebellious, who does not listen to the voice of his father and the voice of his mother, and they warn him, but he does not listen to them. His father and mother shall seize him and bring him to the elders of his town, to the gate of his place. Then they are to say to the elders of his town: ‘This son of ours is wayward and rebellious, he does not listen to our voice, he is a glutton and a drunkard.’ Then all the men of the town are to stone him, so that dies. So shall you burn out the evil from your midst, and all of Israel shall hear and be in awe.

The punishment of death for a son who has apparently committed no real crime, other than failing to listen to his parents and having eaten and drunk too much, is strange. The rabbis sensed this, of course, and explain that, uniquely, the ben sorer u’moreh is not killed for what he has done, but for what the Torah knows he will do; his current behavior clearly indicates to us that he will end up as a thief and killer. Better he should die now, before he commits capital crimes, than allow him to live and cause others to suffer.

Although they do supply this rationale for this strange law, the Rabbis are still far from comfortable with it. They therefore adopt a strategy, as they do with a few other difficult to accept laws in the Torah, of reading the biblical text in such a way as to generate a series of rules pertaining to the wayward and rebellious son which effectively guarantee that, legally, there never will be one. Among the legal details they generate, through a careful reading of the text, is the necessity for the son to steal and drink a specific amount of wine and eat a specific amount of food. Only then may he be stoned to death. They also limit the period during which the law is applicable to the three months after his bar mitzvah.

Perhaps the most radical strategy for rendering this case impossible to actually prosecute is this one: Relating to the phrase “he does not listen to our voice,” Rabbi Yehuda, in tractate Sanhedrin of the Babylonian Talmud (page 71a), says that the wayward son may not be killed unless and until his parents speak with the same voice, look the same, and are the same height! If they do not meet these criteria, he cannot be killed! The Talmud then tells us that this ridiculous, unachievable demand is in agreement with the position that there never was and never will be a case of a wayward and rebellious son, and that it is written in the Torah only to give us the opportunity to benefit by learning it.

If this is the case, let’s see what we might be able to learn from this inapplicable law.

I would like to take a careful look at Rabbi Yehuda’s “same voice, same look, same height” rule. Obviously, no two parents look and sound exactly alike. In order for parents to be able to accuse their son in court, and for us to consider him guilty, his parents must be, in effect, the same person, and speak with one voice.

The fact that we all have two parents, who are two different people, of two different genders, and who have, throughout all our lives, spoken to us in two different voices, mitigates our responsibility for our failures, and makes it impossible for our parents, and for society, to hold us up to the standards of perfection expressed in this case. If the Torah feels we can kill the rebellious son because we know already how he will turn out as an adult, our more complex make-up makes it impossible to predict accurately whom we will ultimately grow up to be.

We are all in conflict. Every one of us is the product of two different sets of genes and two different approaches to the world. This is one of the sources of our difficulties in life. The lack of clarity about who we are is built in — we are hard-wired to contain within us two different people. The Rabbis knows this, and therefore do not hold us to the ridiculously high standard to which the wayward and rebellious son is held.

Only that impossible creature, the child of two people who are exactly the same, could be expected to behave completely in accordance with his parents’, and his society’s, values and expectations, and should be punished so severely if he fails to do so. A real human being, with two different parents, is not held to such an impossibly high standard.

The lesson contained in the law of ben sorer u’moreh tells us, however, that, as parents and as children, we are meant to strive for unison, and the perfection and moral clarity it will bring, while realizing that we will never reach it. As long as we, as parents, know that our children are not the products of some perfectly and precisely matched union, but, rather, that they see and hear and experience a complicated mix of messages, we will not make the deadly demand of perfection from them.

Actually, I think we are also meant to breathe a sigh of relief that such perfection has never been and will never be reached–the demands it makes on us seem unbearable.

What Is Your Blessing?

Jacob blessed his sons, not only according to each of their characters, but also with a unique piece of himself. 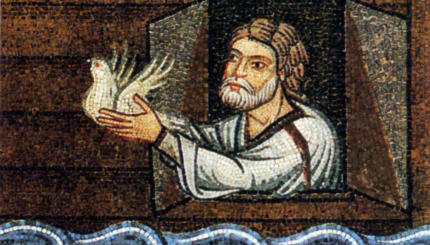