Caring for One’s Own Health

Although there are differences in the degree to which different authorities are vociferous in denouncing or outlawing the use of tobacco, alcohol, and mind-altering drugs, the author accurately represents the consensus of opinion among scholars of Jewish law. This is evident from the source notes that appear in the book from which this passage is excerpted. Reprinted with permission from the author’s book Jewish Living: A Guide to Contemporary Reform Practice, published by the UAHC Press (Union of American Hebrew Congregations), 2001.

At one time, smoking was generally considered a harmless, even worthwhile pleasure. Many thought that tobacco was a healthful substance, an aid to blood circulation, to digestion, and the like. A number of rabbis shared this opinion, writing in praise of tobacco’s benefits to human health. Some even wondered whether a blessing ought to be recited upon smoking, since the pleasure derived from it resembled that of eating, drinking, or the smelling of fragrances.

Today, scientific evidence concerning the dangers of smoking is accepted worldwide, and there is no longer any reasonable doubt that tobacco causes disease and death. Reflecting this change, rabbinic opinion now condemns smoking as a threat to human life and health. As Judaism forbids us to endanger our lives needlessly and to treat our bodies with reckless disrespect, so it forbids us to smoke. Those who smoke are under a strict moral obligation to do all in their power to stop smoking. It is wrong as well to encourage smokers in their habit by buying tobacco for them or by offering them a light. Synagogues and other Jewish institutions should prohibit smoking on their premises.

Judaism does not condemn the use, in moderation, of alcoholic beverages. On the contrary: the Bible speaks in praise of wine as a substance that “gladdens the human heart” (Psalms 104:15). Wine has always played a visibly central role in Jewish religious culture. This is evident in the fact that the tradition ordains special blessings to be recited prior to and following its consumption, just as it does for bread. The use of wine is required in such ritual practices as Kiddush [a declaration of the sacredness of a Shabbat or festival, recited over wine], the “four cups” at the Passover Seder, and the celebration of weddings and brit milah [ritual circumcision of a boy]. Other intoxicants can serve in place of wine under certain conditions in some (but not all) of these settings.

At the same time, however, we must treat alcoholic beverages with the utmost caution, since they can be a source of pain as well as joy. Wine may serve as an important element in our ritual, but it is by no means indispensable; one who for medical reasons is unable to drink wine or liquor is allowed to substitute non-intoxicants for ritual purposes, including the Passover Seder. We are told to beware of “wine when it is red,” for the color and smoothness hide the reality that “in the end, it bites like a snake” and distorts the workings of the human mind (Proverbs 23:31-32).

A tradition which values clear thinking and responsible conduct cannot but view drunkenness as an evil. The shikur, the drunkard, may be the butt of many jokes, but he is in an essential way held separate from the community: he or she may not perform religious, legal, or political functions and is even forbidden to pray until sober. The clear implication of these sources is that should we decide to use alcohol we must strictly control our consumption of it.

Once again, we are reminded that Judaism holds us responsible for failure to treat our health with care and respect. This point is driven home with special urgency given our awareness of the destructive nature of alcoholism, a disease of which our ancestors were but dimly aware. The costs of alcoholism, measured by the personal and social wreckage it leaves in its wake, require that we confront this disease openly and directly, doing whatever we can as a community for those who come to us in their struggle for recovery.

One of the most effective programs of recovery from alcoholism is the “twelve-step” method pioneered by Alcoholics Anonymous and utilized as well in the struggle against our addictions. This approach has saved countless lives and therefore must be considered a blessing

It is also the case, however, that meetings of “twelve-step” organizations often involve Christian religious practices such as the recitation of the “Lord’s Prayer.” This raises a serious difficulty for Jew, for the integrity of our own religious identity demands that we refrain from adopting ritual and liturgical practices that have become associated with other faiths. A Jewish member of a “twelve-step” group might either stand in respectful silence during the prayer or recite an appropriate substitute such as Psalm 23. We are especially grateful to those in our community who work to incorporate the insights of the “twelve-step” method into a Jewish communal and spiritual setting.

The same admonition [as was mentioned regarding alcohol] applies to other addictive and mind-altering substances. The tradition, as we have seen, permits the use of drugs as long as we do so in service of a legitimate medical purpose. We may administer even the most powerful chemicals, provided that: the goal is to combat disease or to control pain; that the chemicals are prescribed by physicians following protocols established and accepted by the medical profession and by the law; and that the drugs are taken under the careful supervision of qualified medical personnel.

Outside of those strict limitations, the taking of drugs is forbidden because they are injurious to physical or mental health. Judaism does not countenance the use of drugs for recreation, nor does it recognize any religious value gained from the “expansion of consciousness” by chemical means. These substances should be avoided, and we should do our utmost to see to it that those addicted to them are given the assistance they need to break that dependency.

If it does not serve a legitimate medical purpose, cosmetic surgery is frowned upon by the Jewish legal tradition. 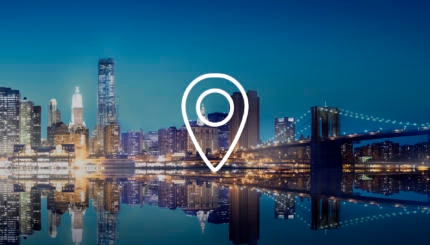 Drug & Alcohol Addiction: Where to Get Help in the New York Area

If you or someone you know is looking for help with a drug or alcohol addiction, check out these resources