Jewish organizations have long been active in helping to resettle and integrate immigrants. While initially those efforts were focused on assisting fellow Jews fleeing persecution, today Jewish groups are more broadly active in helping to rescue and resettle refugees. This effort is often tied to the repeated biblical injunction not to oppress the stranger and the particular experience of Jews throughout history forced to flee their homes for safety in other lands.

HIAS
The oldest and best-known Jewish resettlement organization, HIAS was founded in 1881 as the Hebrew Immigrant Aid Society, helping to resettle Russian Jews fleeing pogroms. As the number of vulnerable and persecuted Jews decreased dramatically in the 20th century, the organization shifted its focus to non-Jewish refugees around the world. The organization currently operates in a dozen countries while advocating for generous refugee resettlement policies in the United States.

Right Now: Advocates for Asylum Seekers in Israel
Over the last decade, tens of thousands of African migrants entered Israel. Though many consider them legitimate refugees fleeing poverty and violence, Israel has declined to provide them with permanent residency. Launched in 2012, Right now is a coalition of groups that advocate for the rights of African asylum seekers in Israel. The group’s objective include getting Israel to change its policies for determining refugee status.

JVS
Founded in 1949 to assist Holocaust survivors arriving in the United States, JVS today is a general human services organization that provides assistance to refugees to enable their full integration into American life. The organization assists individuals and families in achieving self-reliance through a range of services, including professional development, job placement and community integration. 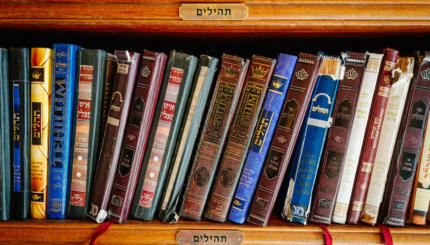 Decades after its establishment, support for Israel remains a powerful expression of Jewish solidarity and peoplehood.