Penitence and Prayer in the Amidah

Though I was universally beloved by my elementary school teachers, many of them picked up on variations of the same character flaw: I was really hard on myself.

In kindergarten, I once confessed to eating my pudding before my sandwich, seemingly convinced some tragedy would befall me. In second grade, my teacher noticed that I reacted to being asked to stop socializing as if I had been caught committing a major crime. And during the recitation of S’lach Lanu, I would strike my chest so hard the reverberations would inspire similarly exaggerated copycat gestures.

S’lach Lanu, the sixth blessing of the weekday Amidah, is a prayer for forgiveness. The text of the prayer is as follows:

Forgive us our Father for we have sinned, pardon us our King for we have willfully transgressed, for You pardon and forgive. Blessed are You, O Lord, Who is gracious and ever willing to forgive.

As noted in a number of prayer books, it is customary to strike the heart when saying the words “sinned” and “transgressed.” But I wonder: Is beating one’s chest really a healthy expression of penitence? Just how hard should we be on ourselves?

Not so much, it turns out.

The Midrash in Kohelet Rabbah 7:2 explains that the practice of striking the heart symbolizes the idea that every thought and deed originates in the heart. Though western thinking tends to view the mind as the source of our impulses, in Jewish thought it is the heart from which our actions flow.

This is why we tap our chests during S’lach Lanu, as well as during the much longer, more specific enumeration of our sins on Yom Kippur. The chest thumping isn’t so much an act of deserved self-flagellation, but rather a symbolic gesture signifying that we are engaged in an act of conscious reflection.

The acclaimed social scientist Brené Brown has suggested that one way to embrace our mistakes without being unduly harsh on ourselves is to focus on our behaviors as problematic — rather than ourselves as flawed.

Similarly, the medieval philosopher Maimonides, in describing the laws of repentance, begins by asserting that confession – a verbal, out-loud accounting for our wrongdoing accompanied by an expression of regret – is integral to the act of repentance. But there is a crucial difference between feeling ashamed of our shortcomings and feeling shame about our unworthiness, between tapping on our hearts as a kind of spiritual defibrillation and flogging ourselves for our mistakes. Indeed, the entire enterprise of repentance hinges on the notion that we are inherently worthy in the eyes of God, and that our misdeeds are merely errors, instances of missing the mark. In fact, the Hebrew word for sin — chet — literally means to “go astray.” The Jewish notion of sin and repentance is rooted in the idea that our inevitable human failings are simply deviations from the true and just path.

S’lach Lanu is a thrice daily reminder of our unending capacity to right ourselves. It’s a process that begins with a sincere acknowledgement of our missteps and a commitment to starting anew — and we don’t need to beat ourselves up to do it. 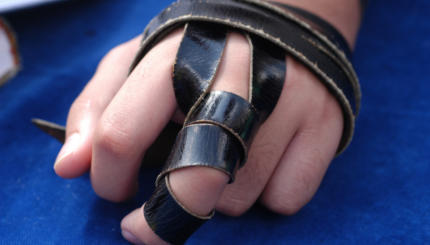 These verses from Hosea describe the bond between God and the Jewish people as akin to the one between husband and wife. 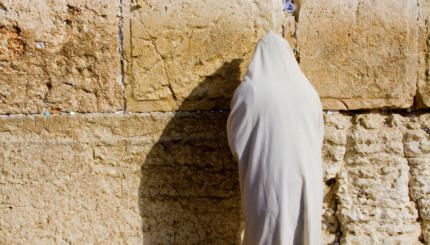 The centerpiece of Jewish prayer, recited quietly three times each day, is the meeting place of our human yearnings with God's life-giving energy.

Hineni: A Prayer for the Ability to Pray

This meditation traditionally recited by the cantor on the High Holidays is unique for being worded in the first-person singular.