It almost seems cruel that National Puppy Day takes place around the same time as the Jewish holiday where people sell their pets.

Yes, you read that right. On the holiday of Passover, some Jews will sell their adorable, snuggly, always-ready-for-a-game-of-fetch pets. One moment people smother their favorite animals with love and a special day of posts on social media and the next day, there’s a price on their heads.

Seems a bit rough, no? Don’t worry: the sale is symbolic. From Fido’s perspective, nothing changes.

Why would Jews do this? The tradition comes from a potentially familiar place.

Traditionally, Jews don’t eat hametz (any food that is made from forbidden grains or leaven) on Passover, and each year many Jewish individuals will sell their hametz as well. This is because, according to the Torah, Jews are also not allowed to have any hametz in their possession during the holiday.

To solve the common conundrum of wanting to keep hametz for after the holiday, often people sell the food to a non-Jew before Passover. After the holiday, the non-Jew sells it back and the Jewish individual can once again enjoy their boxes of crackers and pasta.

But the Law Goes Even Farther

In addition to forbidding Jews from eating hametz during Passover, Jews are also forbidden (by rabbinic law) from deriving benefit from hametz. Feeding hametz to one’s pet is considered one means of deriving benefit.

So Jews can’t possess pet food which contains hametz during Passover and, even if that was allowed, you wouldn’t be able to feed it to your pets.

Simply leaving a pet with a non-Jew during Passover still means the pet owner will derive benefit from hametz, when the non-Jewish friend feeds the pet. This has led to the custom of “selling” one’s pet to a non-Jew on Passover in a similar manner to selling one’s hametz. Some observant Jews will “sell” (quotation marks highly important!) their pets and their pet food to non-Jewish friends on the condition that they are sold back at the conclusion of the holiday. Then, during Passover, Jewish individuals can feed the pet hametz because they would be doing the non-Jew a favor: feeding his food to his animal.

Is Selling My Pet My Only Option?

If the idea of “selling” your pet is too difficult to bear, alternatively, you can purchase kosher for Passover pet food. Some families also choose to feed their dog in the garage during Passover, instead of inside the house, but that is a tradition that depends on your own observance and beliefs.

So, while you are busy cleaning out your cabinets, scrubbing the floors, and shopping for Passover ingredients, maybe selling your pet is one more item to add to your to-do list. The good news is that if you do choose to sell your pet before the holiday, you will get ownership of your pet back. And your ball of fluff will never know the difference! Go ahead and breathe a sigh of relief. 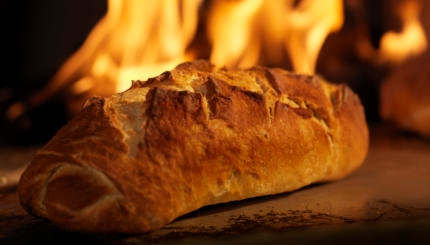