“Believe me I no longer have the strength to suffer and it would be better for me to kill myself than to be tortured under their bloodied hands…if we do not remember, you should [illegible]. As heroes we died and did not confess. I aspired for my people and for my people’s well-being, and if my people is base–so be it.”

These fragments from the 1917 suicide note of Sarah Aaronsohn, nationalist activist, coordinator and later local leader of the Jewish pro-British underground “Nili” (established to liberate Palestine from Ottoman rule), represent a new interpretation of the role of women within the national project of resettlement and regeneration in Palestine after 1881.

The semi-military role Sarah carved for herself in the underground, her activity and her voluntary death made her an icon and a model of a new “Hebrew” femininity, a model especially cultivated within the so-called civic sector of the Jewish Yishuv in Palestine (defined as distinct from the socialist labor sector, dominant throughout the period before the late 1970s).

Sarah Aaronsohn was born on January 5, 1890, in the agricultural colony (moshav) of Zikhron Ya’akov on Mount Carmel, the fifth of six children and older daughter of Efraim Fischel (1849-1939) and Malka (née Glatzano) of Baku, Romania.

Her father, a prosperous grain-merchant, fell under the influence of Hovevei Zion, joining its first group of settlers together with his family, setting out from Galatz in Romania in 1882 to purchase and inhabit lands in Arab Zemerin and found the new colony of Zikhron. The Aaronsohns became one of the colony’s most prominent families, not least because of the career and reputation of Aaron (1876-1919), Sarah’s eldest brother and mentor, a world-famous agronomist and botanist.

Sarah and her siblings belonged to and characterized the second generation of the First Aliyah (1881-1904), the native-born and Hebrew speaking youth in agricultural settlements (moshavot) based on privately owned property and organized around a family economy. The native generation fashioned themselves as a new “Hebrew” elite, establishing a plethora of youth organizations aimed at the revival of Hebrew and of a national culture, as well as clandestine semi-military organizations whose aim was the defense of Jewish property and honor, notably the Gideonim (after the biblical Gideon), founded in Zikhron in 1913 by Sarah’s brother Alexander (1888-1948).

The evolving civic elite posited itself against the Zionist labor-oriented leadership in Palestine, developing a distinct anti-socialist agenda and a nationalist activism, especially after the outbreak of World War I. The social networks which they and their leaders forged were buttressed by family relations and networks.

The social-familial network which sustained Sarah throughout her youth and adulthood included the older Aaron Aaronsohn and the younger Aaronsohn siblings, the charismatic Avshalom Feinberg of Haderah (1889-1916), described as “the first native-born man,” with whom Sarah most probably had a love relationship and who later co-founded Nili; his younger sister Zila (1894-1988), and the Belkind brothers, Eitan (1897-1979) and Na’aman (1889-1917) of Rishon le-Zion.

Sarah and other members of her milieu used a familial vocabulary to describe these relations, referring to themselves as siblings and to the nation as a family of brothers and sisters, thus ignoring their elders and parents. Elite women of the native generation forged their own nationalist language, set of mannerisms, dress and forms of social conduct which created a place for them within the Zionist project, a place which was not necessarily maternal and which was non-domestic.

Sarah herself never completed her formal education. However, encouraged by her brother Aaron, she studied languages and was fluent in Hebrew, Yiddish, Turkish and French, had reasonable command of Arabic and taught herself English.

She was also apprenticed in agronomy and botany, often accompanying Aaron on his travels through Palestine, collecting flora, minerals and soils for his accumulating collection, cataloging it and supervising the experimental agricultural station and farm which he established in Atlit, near Zikhron, with the support of American Jewish leaders such as Henrietta Szold.

Like other women in her native milieu, Sarah became an accomplished rider and shot, conducting an active outdoor life. Traveling through the land developed her sense of territoriality, so central to the make-up of the national identity of the native Hebrews and their notion of activism.

In the spring of 1914, probably following the rift between herself and Feinberg and his engagement to her younger and less dynamic sister Rivkah (1890-1981), Sarah married the affluent and older Bulgarian merchant, Chaim Abraham (n.d.-1954), and followed him to Istanbul. The marriage quickly foundered both because of a lack of shared interests and due to the impact of world and regional events on the couple’s private life.

The outbreak of World War I, Turkey’s joining of the Central Powers (Germany and Austria) in the autumn of 1914 and declaration of war on the Allied Powers, propelled the men and women in the Aaronsohns’ milieu to embark upon a route of action designed to benefit from the war by aiding the British to oust the Turks from Palestine. They thought that a new order in the Middle East, under the rule of Great Britain in place of a corrupt Turkey, would help achieve degrees of autonomy for Jews in Palestine.

Following a short period of cooperation with the Turkish authorities, which came to an end in mid-1915, Aaron Aaronsohn and Feinberg decided on an active anti-Ottoman policy and established an espionage network, Nili (an acronym for Nezah Israel lo yeshaker, “The Glory of Israel does not deceive,” 1 Samuel 15: 29), known to British intelligence as “A Organization.” Nili developed into the largest pro-British espionage network in the Middle East.

Upon her return from Istanbul to Zikhron in November 1915 Sarah joined the underground. From at least the end of 1916 until her capture and death in October 1917 she coordinated and virtually conducted its activities in Palestine and the Lebanon area, handling Nili’s core of about forty agents, its larger circle of supporters and informers and the organization’s finances.

She decoded and sifted information, encoded it and communicated with British intelligence headquarters in Cairo, making contact from the Atlit station with the British warship Managam. She also supervised the transmission by Nili of Jewish American money converted to gold to aid the Jewish population, which was suffering destitution, hunger and dislocation.

In addition she liaised with the Turkish authorities (who were unaware of the underground until late 1917), the increasingly hostile community of her native colony and the formal leadership of the Yishuv which distanced itself from the organization. Though Hebrew sources compiled during the aftermath of the war present her leadership as familial, drawing on her position as the sister of the powerful Aaron Aaronsohn, British and Turkish intelligence sources never regarded her as a strong man’s aid and proxy.

She alone of Nili’s top hierarchy stayed on in Palestine (Aaron traveling between Europe and Cairo and Feinberg having disappeared in 1916, in an aborted expedition to Egypt). She refused the advice of British intelligence to leave Palestine by sea to save herself, remained in Zikhron after Turkish intelligence uncovered Nili’s activities, dispersed the network and was arrested on October 1, 1917. During rigorous interrogation and torture she did not disclose any information.

Having learnt that she would be transferred to Damascus prison and fearing she would break down, Sarah committed suicide, using a pistol hidden in the washroom in a wing in her parental home which Aaron occupied. She lay dying for nearly four days before expiring on October 10, 1917.

Blurring the Role of Women

Her correspondence with her siblings and with other members of Nili reveal her independent thought and refusal to adopt prescribed roles for women. She cross-dressed, occasionally referred to herself in the male gender and admonished underground members for their attempt to idealize her as a female saint.

Her pre-meditated and staged suicide constitutes the first example of a secular, active death of a Jewish-Zionist woman for the nation, unprecedented in both religious martyrdom and in the Zionist tradition established in Palestine. In the latter, women were excluded from full participation in the nation in its ultimate manifestation: a violent sacrificial death, buying the land in blood.

Following her death, Sarah became the center of a cult of commemoration. Annual pilgrimages to her tomb in Zikhron’s cemetery started in 1935. The cult, idealizing her as the “hero of Nili” (rather than its heroine), elevated Sarah to a symbol of an activist nationalism and initially blurred her femininity, representing her as a soldier-saint.

She was routinely described as a Jewish Joan of Arc. The analogue with the virgin peasant of Lorraine, liberator of France from foreign rule and burnt by the English in 1431, struck a chord in the same milieu from which Sarah herself emerged: the civic circles. Her myth was also adopted by the Jewish Right in Palestine, serving as a counter, or opposing myth, to that of Yosef Trumpeldor (1880-1920), the “Hero of Tel Hai.” The legend of Sarah proved exceptionally resilient. After the Six Day War of 1967 she and Nili were incorporated in the central state-sponsored cult of heroism, officially recognized by Labor and perpetuated in children’s literature. 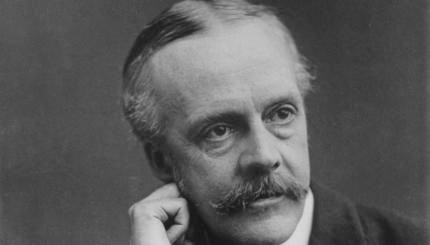 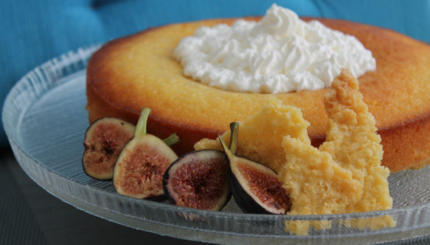 Born in Ukraine and raised in America, she became Israel's first and only female prime minister.