This week’s Torah portion contains the well known episode of the Golden Calf. Our ancestors eagerly gave their gold for its construction. That gold became an idol and the people made sacrifices before it. Their misuse of the gold was so grave that God sought to destroy the entire nation. Yet a few weeks from now we will read of our ancestors using their gold for good by eagerly offering it to create the Mishkan (Tabernacle). The Israelites brought many gifts, including gold, to build a Mishkan so that God could dwell among the people. In this instance, the people gave freely of their possessions for a divine purpose.

The gold was the same: It was what was done with it that gave it the quality of either idolatry or of holiness.

Just as our ancestors used their gold in two distinct ways, they acquired it in two ways as well. It might seem implausible that newly freed slaves would possess such wealth. After all, the Israelites wandered the desert and were dependent on God for their sustenance. However, before leaving Egypt, the Israelites obtained the gold, silver and clothing from the Egyptians: vayishalu–they asked.

Rashi emphasizes that the Egyptians went one step further and gave even things that the Israelites did not request. Some commentators understand this as compensation for the slave labor that the Israelites were forced into in Egypt. Yet we also read a very different account of this event: vaynatzlu — they plundered. In this telling, the Israelites devastated an impoverished people in an already ravaged land.

As we follow the gold through the Exodus narrative, we are introduced to two ways of obtaining it (asking versus plundering) and two ways of using it (holy versus idolatrous). Today, it is more difficult for us to trace the origins of the goods we use. When we enter a store, the conditions of production under which the items were created are often hidden. We might know that our shoes were made in China or that our citrus fruit came from Peru, but we don’t know who made them or under what conditions they were harvested. The goods we buy appear in our stores seemingly by magic, making it easy for us to forget that there are people who are responsible for them at the other end.

This week’s portion reminds us of our obligation to use our gold — our money — in ways that promote holiness. Often we plunder those who labor for our benefit, putting our money in the hands of the few and further damaging the developing countries that provide for us. We might want to find the best value for our money, but the Torah cautions that finding bargains should not be our ultimate aim.

The task of buying responsibly can seem overwhelming. The production methods used to create the goods we buy are often hidden. And because we cannot ensure that we will always spend all of our money responsibly, we might be tempted to just give up. However, we can each take some steps to ensure that our money is used to promote holiness.

We can buy from farms that utilize sustainable practices, both locally and internationally. We can purchase goods from companies that promote fair wages and reasonable working conditions. We can choose to spend a little more for a greater purpose. Finally, we can educate ourselves about the lives of those in the developing world and learn more about those who produce the goods we consume.

Each of our ancestors brought a gift that contributed to the building of the Mishkan. It was only through their combined contributions that a place of holiness could be established. When we individually take steps toward spending our money responsibly, our actions are joined with the actions of others to create a powerful force for good.

May we use our gold to create a Mishkan in which all people can dwell with God in holiness. 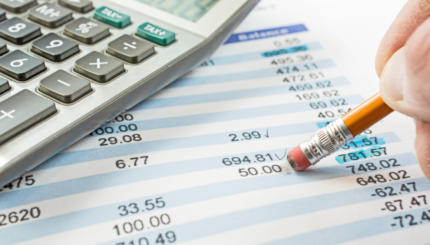