1. Whom did God “suggest” should make an offering?

2. What were the three types of metal that were to be included as offerings?

3. What three colors of linen were to be offered?

4. Of all the offerings, which was not voluntarily given?

5. What is the meaning of the word “Terumah” as it relates to this parashah?

6. According to this parashah, what is the purpose of the sanctuary?

8. What were the measurements of the Holy Ark?

9. How was the ark to be transported?

10. How many cherubim were there on the ark, and how were they situated?

11. What materials was the table for the Sanctuary to be made of?

12. Describe the candlestick which was in the Sanctuary.

13. The branches with three cups were in the shape of what kind of blossom?

4. Silver was not voluntarily given; there was a levy of a half shekel upon every adult Israelite to collect silver (25:3).

5. The meaning of “Terumah” is that which is lifted off, or separated, in this case as a contribution to the requirements of the Sanctuary (25:2).

6. The purpose of the sanctuary was to provide a place where God could dwell among the people (25:8).

9. The Ark was transported by two staves of acacia-wood, which were attached to the Ark with rings on each of the four corners (25:12-14).

12. The candlestick was to be made of pure gold. Its base and its shaft, its cups, its knobs, and its flowers were all to be made from one piece. It had six branches–three on each side (25:31-32). 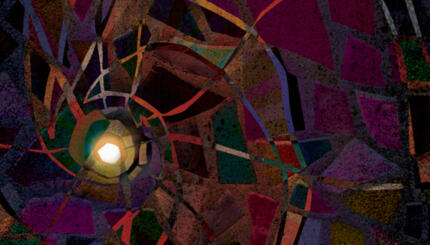