How To Make Your Own Gragger

1. What were the names of the three Levite families that served in the Tent of Meeting, and who supervised them?

2. At what age were those performing this service required to retire?

3. How many men were in these three families between the ages of 30 and 50?

4. What was Moses told to do with lepers, and why?

5. Who else was sent outside the camp?

6. What did Nazirites need to abstain from?

7. When the Tabernacle and all that was to go within were completed, anointed, and sanctified, the Princes of the tribes brought their offerings. What were the offerings and who received them?

9. Over how many days did the dedication offerings take place?

10. In this week’s haftarah, an angel of God visits the wife of Manoah, and tells her that even though she was barren she would bear a child. What was the role of that child?

11. In this haftarah, when Manoah meets the angel, how does he recognize that he was an angel?

4. Moses was told to put them outside the camp, so the place where God dwelled would not be defiled (5:2-3).

5. Those who were defiled by a corpse, and those who had a bodily eruption or discharge were sent out of the camp (5:2).

6. Nazirites needed to abstain from wine, strong drinks such as vinegar, fresh or dried grapes, cutting their hair, and coming near a dead body (6:2-8).

7. The offerings were six covered wagons and 12 oxen. They were divided among the Gershonites and Merarites (7:3-8).

10. That child would begin to save Israel from the Philistines (Judges 13:2).

11. When Manoah and his wife made a burnt offering to God, the angel ascended to heaven in the flame from the altar (Judges 13:20-21).

Your Guide to the Best Online Sukkot Classes and Events

Learn about and experience Sukkot with these unique classes and workshops from Jewish organizations and synagogues around the world. 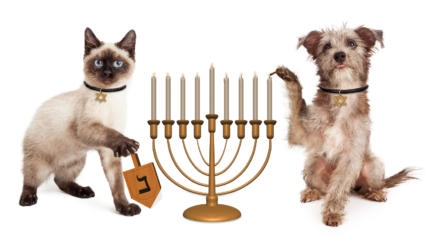 Unleash your Hanukkah spirit with these adorably Jew-ish cats, dogs and hamster. 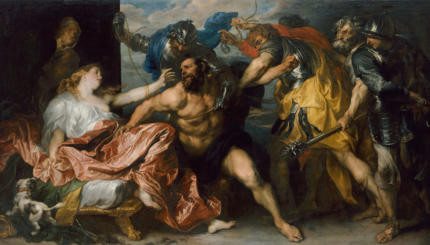