1. What is the main difference between the song Moses sings at the beginning of this parashah and the song he sang after the Israelites crossed the Red Sea?

2. What symbol is most commonly used in Ha’azinu to describe God? How many times does it appear?

3. Moses tells the people that in order to know how to return to God’s ways, they need to rediscover what those ways are. How does he suggest they find out?

4. God thought to make an end to the Israelites, but then decided not to. Why?

5. Who stood next to Moses when he sang his song to the people?

6. After Moses finished his song, he charged the people with what order?

7. Where did God tell Moses to go in order to die?

8. Moses was not allowed to enter the land because he failed to sanctify God in the midst of the Jewish people when?

1. When Moses sang at the Red Sea, the people had not yet committed themselves to evil ways. In this parashah, the people are full of sins and Moses’ song describes how they have forsaken God’s laws.

3. Moses tells the people to ask their fathers to tell them about God’s ways. (32:7)

4. Because the nations would fail to see that this was retribution for Israel’s waywardness; they would think that they were strong and Israel’s God was weak. (32:27)

6. Moses charged the people to take heed of the words he had spoken that day, and to teach their children to observe God’s laws. (32:46)

8. Moses failed to sanctify God’s name when the people asked for water at of Meribath-kadesh in the wilderness of Zin. (32:51) 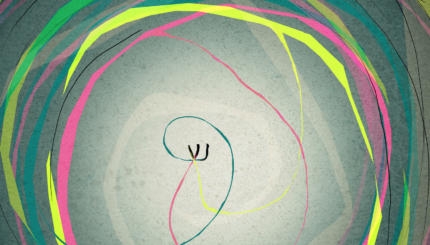 Moses' final dramatic message to the Israelites introduces some new names and characteristics of God.