The liberal Jewish movements have undergone dramatic shifts in their approach to gay, lesbian and transgender Jews in the past two decades, but among the Orthodox the changes have been far less dramatic — and in many quarters, virtually nonexistent.

Two seemingly clear biblical denunciations of homosexual sex, as well as the corpus of rabbinic commentaries and legal codes based on those verses, limit how far Orthodox Judaism, marked by its fidelity to traditional understandings of Jewish law, or halacha, can move on this subject.

Though several efforts have emerged in recent years to lend more support to Orthodox Jews experiencing homosexual desires and make the community more compassionate and welcoming toward them, all these efforts stop short of sanctioning gay relationships.

Across the spectrum of Orthodox practice, the consensus view is that gay sex and marriage are inconsistent with Jewish tradition. The objection is rooted in two verses in Leviticus that expressly prohibit a man from lying with another man “as one lies with a woman,” an act described as an “abomination” that is punishable by death. Though the prohibition is understood to refer to a specific sexual act, later rabbinic authorities expanded the prohibition to include lesbian sex and sexual activities other than intercourse.

Moreover, sacred texts hold up heterosexuality as the foundational ideal. The creation story in Genesis describes the complementarity of male and female, of man’s loneliness rectified by his partnership with woman. The very first commandment God gives to Adam and Eve in the Bible is to be fruitful and multiply — that is, to have children. Considered in its totality, Orthodox Jewish tradition comes down firmly in favor of heterosexuality as God’s intention for humanity, which has in turn severely limited the acceptance of homosexuality within the Orthodox community.

While virtually no Orthodox rabbi explicitly sanctions homosexual relationships, there is some diversity of opinion in how the Orthodox community ought to respond to gay Jews. The two poles of this debate are fairly well delineated by two competing statements on the subject.

The first, entitled “Statement of Principles on the Place of Jews with a Homosexual Orientation in Our Community,” was drafted by a faculty member at the liberal Orthodox rabbinical school Yeshivat Chovevei Torah and released in 2010. While acknowledging the halachic (Jewish legal) ban on homosexual sex and rejecting any acceptance of same-sex marriage, the statement nevertheless asserted that gays should be welcomed as full and equal members of Orthodox communities and should, in most cases, not be encouraged to marry someone of the opposite gender. The Statement of Principles declined to weigh in on the question of whether homosexual orientation is genetic and unchangeable, or if it is a choice, as some people contend. 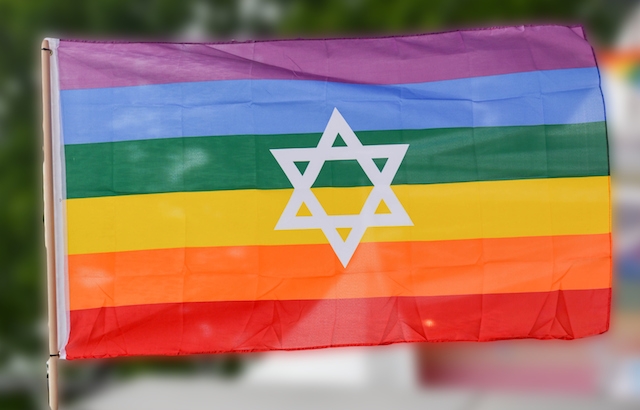 In 2016, the Israeli Modern Orthodox rabbinical group Beit Hillel issued a similar statement, urging that gays be allowed to serve in “any communal capacity.”

In 2011, a group of mostly ultra-Orthodox rabbis, along with some Modern Orthodox ones and a number of mental health professionals, released “The Declaration On The Torah Approach to Homosexuality.” This statement called for a compassionate approach to those struggling with gay desires. However, it rejected the notion that homosexuality is an essentially unchangeable orientation as a theological impossibility and insisted that “healing” gay urges is the only religiously acceptable approach.

“The concept that G-d created a human being who is unable to find happiness in a loving relationship unless he violates a biblical prohibition is neither plausible nor acceptable,” the statement says. “G-d is loving and merciful. Struggles, and yes, difficult struggles, along with healing and personal growth are part and parcel of this world. Impossible, lifelong, Torah-prohibited situations with no achievable solutions are not.”

The question of transgender Jews entails issues of gender identity and body rather than sex and relationships and so presents a different set of challenges for Orthodoxy. Many of the hallmarks of transgender identity — cross-dressing, hormonal treatments, sex reassignment surgery — run afoul of halachic prohibitions. Rabbi Eliezer Waldenberg, who died in 2006, famously ruled that, for ritual purposes, a person’s gender is determined by his or her anatomy. Others have suggested that the intense psychic pain that can accompany gender dysphoria may override traditional prohibitions on castration and cross-dressing.

READ: Even Orthodox Jews Starting to Wrestle With Transgender Issues

But most Orthodox rabbis believe gender is unchangeable as a matter of Jewish law and is fixed at birth. A number of Orthodox synagogues permit transgender Jews to sit in the gendered section of the synagogue of their choosing.

Some in the Orthodox community, who for theological reasons find it impossible to accept that a homosexual orientation is unchangeable, continue to advocate for such therapies. The ultra-Orthodox declaration on homosexuality insists that homosexual impulses can be modified and that therapy can help with “healing” the “emotional wounds” that lead to homosexual desires. The declaration is featured on a website  that includes extensive resources aimed at countering the “misinformation” that homosexuality is biologically determined and attesting to the possibility of change.

Other Orthodox rabbis have come to renounce their support for conversion therapy. In 2012, the largest Orthodox rabbinical group in North America, the Rabbinical Council of America, publicly withdrew its endorsement of JONAH, a group that had been the leading proponent of reparative therapy in the Orthodox community. In 2015, the group was found guilty of consumer fraud for using scientifically questionable methods and claiming a success rate it could not substantiate. Later that year, a New Jersey judge ordered it to cease operations. The RCA had previously endorsed JONAH’s work, but in withdrawing its endorsement the council cited evidence that the therapy was ineffective and had potentially negative consequences.

The 2010 Statement of Principles asserting that gays should be welcomed affirmed “the religious right of those with a homosexual orientation to reject therapeutic approaches they reasonably see as useless or dangerous.”

A number of organizations have sprung up in the United States and Israel in an effort to promote acceptance and inclusivity for gays and lesbians within Orthodox communities. Eshel, established in 2010 in New York, aims to foster more acceptance for LGBTQ Jews and their families within Orthodox communities. Havruta, established in 2007, aims to do the same thing in Israel. Jewish Queer Youth, or JQY, was founded in 2001 and acts as a support group and advocacy group for LGBTQ Jews, with a particular emphasis on Orthodox youth.

In 2015, JQY helped organize a conference that brought together Orthodox rabbis and mental health professionals to talk about homosexuality in what is believed to have been the first public discussion of its kind.

The Trembling Before G-d Effect

The progress of gays and lesbians in gaining acceptance within Orthodoxy, limited though it may be, is often credited to the 2001 documentary Trembling Before G-d, which thrust the struggles of Orthodox gays and lesbians into the public consciousness as never before. The film’s sympathetic portrayal of individuals trying to reconcile their sexuality with their religious commitments earned high praise, but some in the Orthodox community saw it as a shallow attempt to legitimize deviant sexual impulses.

The film prominently featured Steven Greenberg, widely known as the first openly gay Orthodox rabbi. In 2004, Greenberg published Wrestling with God and Men: Homosexuality in the Jewish Tradition, which sought to recast the traditional biblical prohibition on gay sex as a ban on exploitative sex that aims to exercise power or to demean. The book won critical acclaim, but its arguments have not gained much traction in the wider Orthodox community.