This portion begins the Book of Deuteronomy. Its name in Hebrew is Devarim (literally, “words” or “things” — in this case meaning events). It is also the beginning of a series of last orations by Moses to the people of Israel before he leaves them. In the midst of his speech, Moses retells the story of the Israelites’ journey wandering through the desert. That is why the book is also called Mishneh Torah, implying a Torah repetition of sorts.

Beginnings of books are always full of promise. And with each step that Moses retraces, one has the feeling that the journey is beginning again. Perhaps that is part of Moses’ intent for rehearsing each event. As one relives the event, one can experience its impact and its lesson again. Moses stands at the place that he believes the Israelites forfeited years ago with their actions.

This portion is always read on the Shabbat prior to Tisha B’Av, that day of infamy in Jewish history on which both ancient Temples were destroyed (although at different times) and other calamities occurred. Part of the challenge of understanding the message of this portion is to understand its connection to Tisha B’Av.

Moses begins his speech with the travel from Horeb (revelation at Sinai) to Moab. But his intent is not just to recount the people’s travels to Israel. Rather, he intends to make them responsible for it, as they are about to enter the land of Israel.

Moses begins with retelling the sins of the spies (the advance team of scouts sent into the promised land). Then he speaks of the younger generation before finally speaking of the wise men. In this portion, the people evolve, as does Moses. Moses moves from lawgiver to interpreter. He teaches the law. He repeats the law. He interprets the law. His lesson to deal justly does not just emerge from the history of the people. It comes from its memory.

For those from the outside — as well as for many on the inside — this idea of memory rather than history is the biggest obstacle to traverse. You can learn history, but how does one acquire memory? By retelling the story again and again and placing ourselves in its midst until it becomes our own. 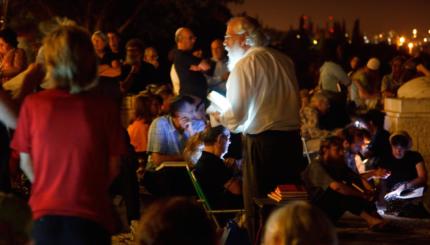 Isaiah charges the people with rebellion against God.