Hatikvah, literally “the hope,” is Israel’s national anthem. Its lyrics were written in 1886 by Naphtali Herz Imber, a poet originally from Galicia. The melody was written by Samuel Cohen, who based the melody on a musical theme from Bedrich Smetana’s “Moldau.”

Listen to “Hatikvah” in the video below:

For Hebrew text of the lyrics, go here.

For a free musical score of Hatikvah, go here.

As long as within our hearts

As long as forward to the East

To Zion, looks the eye –

Our hope is not yet lost,

It is two thousand years old,

To be a free people in our land

The land of Zion and Jerusalem.

Pronounced: meez-RAKH, Origin: Hebrew for east, refers to a wall hanging designating this direction to help people pray facing east, or toward Jerusalem.

The surprising history of one of modern Judaism's most important songs. 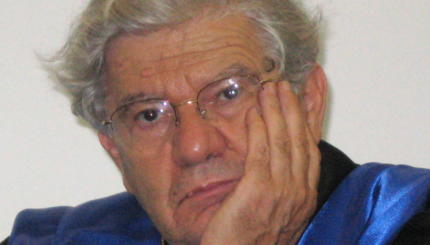 Some people say a state that is both Jewish and democratic is an oxymoron, but the values can work together.