Meyer London, a Jew in Congress

Between 1880 and 1920, the Jewish population of the United States increased tenfold to 2 million people. Much of that growth occurred on the Lower East Side. Our image of the newcomers, indelibly engraved by Emma Lazarus, is of “poor, huddled masses, yearning to breathe free.” Indeed, many new immigrants were impoverished and unskilled. However, the life they built on the Lower East Side–and especially the grand Eldridge Street Synagogue–indicates that the Jews of the Lower East Side were a more accomplished group than many may have imaged.

The comparison between KAJ and the uptown Reform “cathedrals” tells us much about how late 19th-century Orthodoxy responded to American culture. Founded under the name Congregation Beth Hamedresh (House of Study) in 1853, KAJ suffered through a number of controversies and schisms. In 1856, Congregation Beth Hamedresh purchased the Welsh Chapel on Allen Street and converted it into a synagogue. Three years later, the congregation argued over whether Rabbi Abraham Joseph Ash or the lay president, Mr. Rothstein, deserved credit for acquiring the building. When the Rabbi Ash’s adherents seceded, President Rothstein and his followers remained in the Allen Street building. They kept the name Beth Hamedresh until 1890, when they took the new name Congregation Kahal Adath Jeshurun. The congregation viewed itself as Americanized, that is, democratically controlled by its lay leaders and not its rabbinate.

Congregation KAJ was Americanized in other ways as well. Unlike many of the other congregations on the lower East Side, KAJ membership was not based on landsmen from a particular Eastern European town. Attracting upwardly mobile but ritually traditional middle- and working-class immigrants from various parts of Eastern Europe, Congregation KAJ disapproved of rejection of the halachic “laxness” of Reform Judaism’s decision to move outside of halachic tradition. The challenge was maintaining traditional Jewish practice without rejecting the freedom and modernity provided by the American context. The congregation sought to construct a modern “cathedral” to their religion, but one still dedicated to traditional observance. KAJ was thus one of the first “modern Orthodox” congregations in America, and its elegant Eldridge Street Synagogue the first American house of worship built from the ground up by Eastern European Jews.

At the opening of the imposing new sanctuary, Rabbi Bernard Drachman enjoined his congregants to “make a battlement for the roof of their house… otherwise they might stand before their mirrors some morning and not recognize themselves as orthodox any more.” Drachman, who advocated for the use of English in Orthodox services as a way to encourage participation, was concerned that young Jews, who were permitted and able to go to college in America, would make unfavorable comparisons between Christian and Jewish houses of worship. They would note the “beauty and dignity maintained in the Christian Church and even in the Reformed Temples… to the detriment of the down-town synagogues,” which they might perceive as “primitive, untutored, undignified and un-American.” The grandeur and adornment of the Eldridge Street Synagogue was meant to compete with uptown allures.

Following Drachman to the bimah, Pereira Mendes, rabbi of New York’s oldest synagogue, Congregation Shearith Israel, expressed the opinion that “beauty and outward form and decorum were essential if Orthodoxy was to maintain itself, and retain the loyalties of its youth.” Accordingly, Congregation KAJ’s officers made rules of decorum and appointed ushers to enforce them. The “Contract for the Sale of Seats” at Eldridge Street stipulated that individuals purchasing seats “must adhere strictly to the rules for maintaining peace and order of the service.” The minute books cite frequent incidents and fines imposed on congregants for interrupting the service, loud talking (especially during the reading of the Torah), late arrivals, unclean language and spitting on the floor. Between 1885 and 1909, the decorum committee purchased dozens of spittoons.

Despite its modernity and the grandeur of its building, Congregation KAJ has been unable to keep the Eldridge Street Synagogue full. After reaching a membership peak of 300 or so families in the 1920s, most of its congregants–like the Jewish immigrant population of most major American cities–died or moved to more affluent neighborhoods. The remaining members of Congregation KAJ, reinforced by younger Jews gentrifying the Lower East Side, now meets in the basement of the Eldridge Street Synagogue. Upstairs, the ornate murals and hand-carved wood are undergoing restoration by a private foundation formed to preserve this once-elegant monument to a people who had to balance tradition and change. 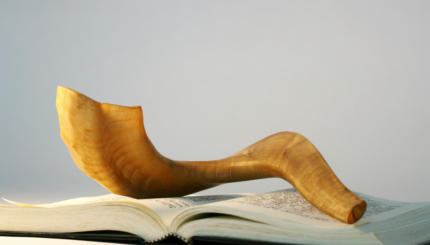 The Lower East Side: Then & Now