Mah Tovu: A Reminder of the Jewish Mission

The Jewish siddur, or prayer book, has evolved over time, with various prayers coming and going over the centuries. But certain ones have stood the test of time, eventually becoming standards found in all prayer books. One of these is Mah Tovu, a prayer found in the siddur formulated by Amram Gaon in the ninth century, one of the earliest surviving prayer books. It instructs us to recite these lines upon entering a synagogue.

How goodly are thy tents, O Jacob, Thy dwellings, O Israel!

But as for me, in the abundance of Thy lovingkindness will I come into Thy house; I will bow down toward Thy holy temple in the fear of Thee.

The famous words of the prayer’s first line were spoken by Balaam, the biblical seer we encounter in Chapter 22 of the Book of Numbers. Balaam is instructed to curse the Jewish people, but after a number of false starts winds up blessing them instead with the words of the Mah Tovu prayer. The references to dwellings and God’s house make this an appropriate prayer to recite upon entering a Jewish house of worship, the entrances to countless numbers of which are adorned with these words. They also highlight the way in which the contemporary synagogue serves as a substitute for the ancient Temple in Jerusalem.

But it’s also somewhat disturbing to think that a prayer that originates from a deal worthy of a mafioso, in which a spiritual “hit man” was hired to curse the Jews, has assumed such a prominent place in the Jewish consciousness. It’s for this reason that Rabbi Solomon Luria, a 16th-century European rabbi known as the Maharashal, famously omitted the opening line attributed to Balaam, and began the prayer with the second line, which comes from a verse in the Book of Psalms.

His rationale is that while Mah Tovu might be a beautiful framing for our prayer space, the words were originally intended as a false compliment. The Maharshal cites a lengthy passage from the Talmud in which Rabbi Yohanan describes all the ways in which Balaam sought to curse the Jews but wound up blessing them instead — his desire to say that the divine presence (shechinah) would not rest upon the Jews came out as a statement about dwellings (mishkenot); his desire to say that Israel would not survive turned into a comparison to “winding brooks” that flow continuously; and so on.

The Maharshal’s idea makes sense, but his position is not widely accepted — which we see from our prayer books and from popular synagogue decor. Why are we not bothered by the origin of this prayer? Why are we untroubled by the fact that these words originated with an effort to destroy the Jewish people?

Perhaps it’s because the origins of Mah Tovu are so consistent with the arc of Jewish history. Over the course of millennia, the Jewish people have repeatedly faced near destruction and somehow persevered, its curses turned eventually to blessings. Centuries of slavery in Egypt led to revelation at Sinai. The near annihilation of the Jews of ancient Persia yielded a day of merriment for generations. The modern State of Israel was born out of the ashes of the Holocaust.

The challenge of the Mah Tovu prayer is to recognize “how goodly” the world is despite the challenges we routinely face, to envision the potential for blessing to bloom from the soil of destruction. These words, said at the very start of the day or upon entering the synagogue, serve as a kind of frame — a reminder to seek the good in all things. And to choose well. 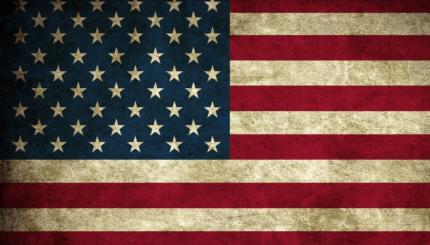 The tradition of praying for the government reflects a recognition that Jewish welfare is bound up with that of the nations in which Jews live. 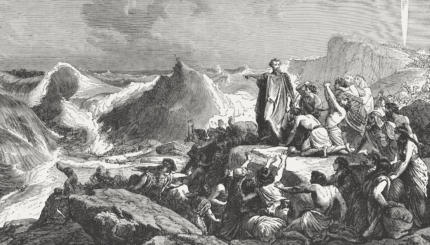 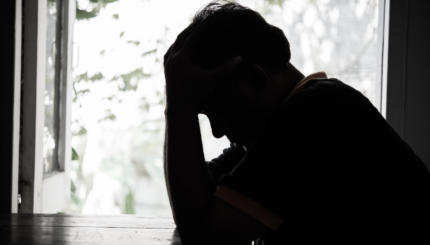 The seventh blessing of the Amidah asks God to see our suffering and redeem us from it.