In the following article, the author refers to Moses de Leon as the author of the Zohar. However, recent scholarship—particularly the work of Yehuda Liebes—has suggested that the Zohar is actually the work of a group of mystics. De Leon was a central figure in this group, and he probably wrote a large portion of the Zohar. The following is reprinted with permission from Essential Judaism, published by Pocket Books.

The third stage of the development of Jewish mystical thought grew naturally out of the twelfth-century schools. The basic grounds on which European Jewish mysticism would stand had been prepared by the Ashkenazim under the leadership of Eleazar ben Judah of Worms (who wrote a key commentary on Sefer Yetzirah), and two Spanish groups; one, based in Gerona, was inspired by Isaac the Blind while the other, a more elite gathering, was led by Nachmanides and centered in Barcelona. When the Ashkenazi group faded in the second half of the thirteenth century, the Spaniards came to the fore, incorporating their German brethren’s thought into their own. Over the next two centuries, until the Jews were expelled from Spain in 1492, the Iberian nation would be the center of kabbalistic writing and thinking.

It may be said quite fairly that thirteenth-century Castile hosted the first Golden Age of kabbalah. Any list of key figures in Jewish mysticism would have to include the Kohen brothers, Abraham Abulafia and Joseph Gikatilla. The influence of these men and a number of others, many of them anonymous, would come to influence Moses de Leon when he wrote what would prove to be the single most important text in kabbalah, the Zohar.

They were a strangely assorted group, these Spanish Jewish mystics. Rabbis Jacob and Isaac ha-Kohen extolled a radical new brand of kabbalistic imagery with an unmistakable Gnostic bent; Rabbi Isaac posited an entire array of evil emanations, controlled by the sinister grouping of Asmodeus, Satan,and Lilith.

Abraham Abulafia pursued a very different line of inquiry. Influenced by the Ashkenazi Hasidim and the Sufis, he explored the possibilities of contemplative and ecstatic modes of prayer. Abulafia also wrote extensively on the use of kabbalistic doctrine to raise oneself to the level of prophecy. He was fascinated by the possibilities of permutations of the Hebrew letters in sacred texts, particularly the Torah. As Moshe Idel explains, “Torah was regarded by Abulafia as the most important text, reflecting the constitution of the intellectual world and being identical with the Active intellect and even to God Himself. On the other hand, Torah was interpreted in Abulafia’s kabbalah as an allegory to the psychological processes of the mystic, an approach different from the regular kabbalistic interpretation of this text as a symbolic corpus reflecting the divine intrasefirotic life.” Intriguingly, Abulafia considered himself a follower of that arch-rationalist, Maimonides, and conceived his own work as the continuation of the Maimonides’ Aristotelian speculations in The Guide for the Perplexed.

Gikatilla, a disciple of Abulafia’s, was particularly interested in the workings of the sefirot. His project was a complex synthesis of Abulafia’s ecstatic kabbalah, the conservatism of the Barcelona circle as embodied in the writings of Nachmanides, and the poetic and intellectually rigorous work of a new figure on the scene, his own friend and protégé, Moses de Leon. It is de Leon who would reconfigure the entire world of kabbalah—indeed, the entire world of traditional Jewish thought—with a mammoth and magnificent work, the Zohar. Ironically, de Leon would receive little credit for his achievement until the twentieth century. 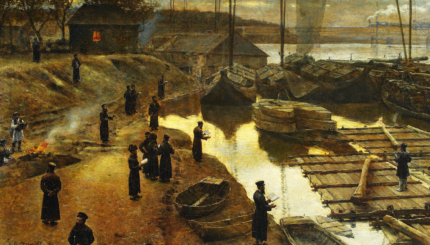