The Lesson in Abundance

For example, in kabbalistic [mystical] thought for centuries, trees that are mentioned in two passages of the Tanakh [Bible] have held special intensity of meaning. One passage–the story of Gan Eden, the Garden of Delight–gave enormous importance to the Tree(s) of Eden. In the other passage, Proverbs equates the “tree of life” with Wisdom–perhaps with Torah, perhaps with an aspect of Divinity Itself.

Indeed, the kabbalists came to imagine the emanations of God (called the Sefirot) connected in an organic pattern that they called a tree. Yet early kabbalists rarely connected these images with earthly trees.

The kabbalah received new energy in the wake of the expulsion of Jews from Spain in 1492, and during the 16th century an extraordinary grouping of creative kabbalists resettled in the tiny town of Tzfat (Safed) in the Galilee region of the Land of Israel, actually within the Land, close to its rhythms.

So the mystical sense of God’s Presence became charged with the earthiness of living close to the land. The Tzfat community created new forms of celebration that viewed the land and the rhythms of nature in new ways.

Midnight became a special time of Heavenly Opening. Sunset on the eve of Shabbat became a time of singing on the hilltops. And earthly trees became intertwined with the image and symbol the One Tree, God’s Own Self, the Tree that has its roots in heaven and its fruitfulness on earth.

From these mystics emerged the notion of a seder for the Fifteenth of Shvat, celebrating the rebirth of trees. Their seder was built around fruits and nuts and cups of wine of different colors, which became for them edible symbols of the mystical Four Worlds as well as invocations of God’s Holy shefa, all of life’s abundance. 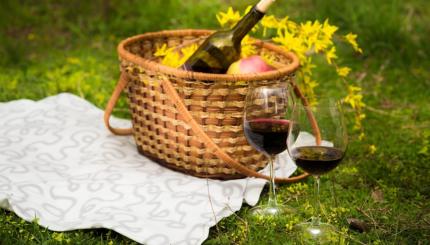 For Jewish mystics, nature is a sacred text.

Evil in the world is symbolized by fruit at the seder.