According to Judah Touro’s tombstone, he is inscribed in “the Book of Philanthropy, to be remembered forever.” No epitaph could be more deserving. Touro’s name is indelibly associated with the history of American Jewish philanthropy, a community trait of which American Jews can be proud.

Touro grew up in Newport, Rhode Island, the second son of Dutch-born Isaac Touro, who was cantor of Yesuat Israel, Newport’s Sephardic synagogue. The Revolutionary War destroyed Newport’s prosperity, and Judah Touro’s childhood was marked by poverty and deprivation. A Tory, Judah’s father remained with his family in Newport after the British captured the city. The Touros became dependent upon the charity of the British occupying forces, which helped the family relocate to Jamaica, West Indies, where Isaac died in 1783. Cantor Touro’s widow took her children to Boston to live with her brother, Moses Michael Hays. Her death in 1787 left Judah Touro an orphan at the age of 12.

Moses Michael Hays raised the Touro children. He taught Judah and his brother Abraham to observe Judaism and apprenticed them in his international commercial ventures. In 1801, Touro unexpectedly left Boston for New Orleans. No one is certain why he left in such haste but the gossip of the time said that his uncle refused to allow Judah to marry his first cousin, Catherine Hays. In any case, he never married.

When the United States acquired New Orleans in 1803, its economy boomed and Touro established himself as a merchant, shipper, and leader in local social life. During the war with England in 1812, Touro fought as a volunteer under the command of General Andrew Jackson. In the great battle of January 1, 1815, Touro was severely wounded and near death, but over the next year a close friend nursed him back to health. The trauma seems to have had psychological as well as physical effects: the previously social Touro withdrew almost entirely from civic life and devoted himself to his businesses.

Despite his financial success, Touro always remembered his youthful poverty and lived modestly. He invested in real estate but never mortgaged his properties to finance his other ventures. Touro is quoted saying that he had “saved a fortune by strict economy, while others had spent one by their liberal expenditures.”

In his 50s and 60s, most of Touro’s charity was directed to non-Jewish causes. Most significantly, he donated the last $10,000 needed to complete the Bunker Hill Monument in Boston, which for nearly 20 years had languished as an unfinished stump for want of funding. He made a major gift to the public library in his native Newport, and in New Orleans he contributed to building a number of churches and the Catholic cathedral.

In his early 70s, Touro’s life was significantly influenced by his acquaintance with two outstanding Jewish leaders. Around 1847, Touro developed a friendship with Gershom Kursheedt of New Orleans, and conducted a correspondence with Rabbi Isaac Leeser of Philadelphia. These men convinced Touro of the importance of being Jewish is more than words. Touro joined eagerly in founding congregation Nefuzoth Yehuda in New Orleans, which followed the Sephardic rituals of Touro’s youth. He subsequently built its synagogue, provided the land for its cemetery, a building for its religious school, and annually made up for any deficits incurred. He also founded the city’s Jewish hospital, the Touro Infirmary.

In the last year of his life, Touro wrote a will that set the standard for American Jewish philanthropy. After modest bequests to friends and family members, Touro donated the bulk of his fortune to strengthen Jewish life in America. He left $100,000 to the two congregations and various Jewish benevolent associations in New Orleans. Another $150,000 went to Jewish congregations and charitable institutions in 18 other cities around the United States, providing support for virtually every synagogue then existing in America. He directed that $60,000 be dispensed to relieve poverty and provide freedom of worship to Jews in Palestine. He also left bequests to non-Jewish organizations, such as the Massachusetts General Hospital, which his brother Abraham had helped found.

At his request, Touro was buried with his family in the Jewish cemetery in Newport. One of his legacies made it possible to re-open and restore the long-abandoned synagogue where his father had served as cantor and now bears the family name. The Jewish Encyclopedia observes that, in his day, “No American Jew had ever given so much to so many agencies and causes; nor had any non-Jew done so much in such varied ways.”

Solomon Hays and his family were excommunicated from Shearith Israel in New York City due to causing a disturbance over a simple window. 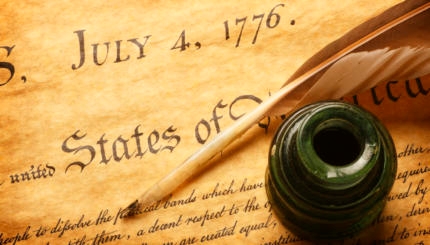