Monis was born in Italy in 1683, into a family of Portuguese conversos. Educated at Jewish academies in Italy, Holland and Scotland, Monis immigrated to New York City around 1715, where he established a small store and taught Hebrew to Christians and Jews. By 1720, he had moved to Cambridge, Massachusetts, home of Harvard and an area in which few Jews resided.

At that time, all Harvard undergraduates except freshmen were required to study Hebrew. Harvard assumed that no Christian gentleman could be considered truly educated unless he could read the Bible in its original tongue. Encouraged by his friends who considered him “a great master of the Hebrew language,” Monis presented his personal, hand-written manual of Hebrew grammar to the Harvard Corporation in 1720, its “Judicious perusall.” Two years later, the corporation voted “That Mr. Judah Monis be approved as an instructor of the Hebrew Language in that College,” making Monis the first full-time instructor in Hebrew at Harvard College–but not as a Jew. At that time, Harvard required its entire faculty to be professing Christians.

From the time of his arrival in North America, Monis corresponded with leading Protestant ministers on issues of kabbalah, the trinity, and Christian doctrine, and he studied with Cambridge ministers. One month before assuming his post at Harvard, Monis converted to Christianity.

Monis’s conversion attracted widespread notoriety. Some Christian clergymen warned of other converted Jews who reverted to their original faith. They expressed concern that Harvard’s requirement that its faculty members be Christians had compelled Monis to an insincere conversion. European Jews wrote of their outrage and dismay. Monis, however, defended his conversion in three books published in 1722. He argued that he had left Judaism out of religious conviction, not opportunism. He married a Christian woman and joined the First Church in Cambridge. Monis, the descendant of conversos, himself became a convert.

Monis’s instruction was based on the handwritten text he had submitted to the Harvard Corporation in 1720. Each year, his students had to copy the text by hand, a painstaking task that could take up to one month. A rare remaining handwritten copy of Monis’s text resides in the archives of the American Jewish Historical Society.

In 1724, to save his students from the burden of copying the grammar, Monis petitioned the Harvard Corporation to publish the work. After extended negotiations, the Corporation agreed. Hebrew type was shipped from London and set on a Cambridge press and, in 1735, a thousand copies of Judah Monis’s A Grammar of the Hebrew Tongue were published–the first Hebrew textbook published in North America.

Hebrew was never a popular course at Harvard in Monis’s time. Students complained that the exercises and grammar were boring. College records show that his students frequently hazed Monis. Attendance in his classes was a constant problem. While in 1723 the College recorded itself “greatly satisfied with his assiduity and faithfulness in his instruction,” in 1724 the teaching of Hebrew to undergraduates was turned over to tutors. Monis remained responsible only for teaching the graduate students and tutors.

Monis taught at Harvard until 1760. By then, his responsibilities had dwindled to one weekly class with graduate students. His own health declining and student interest flagging, he retired. Monis died in 1764 and is buried in a church cemetery in Northboro, Massachusetts.

Monis’s life presents one case–if an extreme one–of how a Jew made a place for himself in colonial America. Monis chose to enter Harvard as a Christian. Having voluntarily left a mature Jewish community in New York City, Monis came to Cambridge, which had no Jewish institutions, to teach the Hebrew language to Christian students. He seems never to have looked back.

However, the Christian community apparently never stopped looking on him with skepticism. The Cambridge First Church and the College records often refer to Monis as “the converted Jew.” Church records indicated concern that Monis may have continued to observe the Sabbath on Saturday. The headstone of his grave bears witness to the ambiguous double identity by which Monis lived in Massachusetts. Using the Christian image of a grafted tree for conversion, the inscription reads in part: “A native branch of Jacob see. Which once from off its olive brook, Regrafted, from the living tree…” 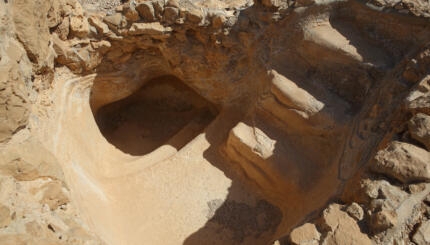 Judaism's openness to newcomers has varied, depending on how strong and self-confident Jews have felt.