In the 19th century, Jewish painters experienced opportunity unprecedented in Jewish history. The European Enlightenment and its subsequent societal reforms allowed Jews to leave the Jewish ghetto and join their gentile neighbors in the marketplace and the university. As Jewish people were granted equal citizenship under the law, Jews established themselves in a variety of new career paths, including the arts.

This shift in social and cultural structure impacted the life of Jewish painters in two important ways: (1) Jews were admitted to study at the best of Europe’s fine arts academies, and (2) as Jews became more assimilated into mainstream society they began commissioning paintings, just as their gentile neighbors did–thus creating work for Jewish painters. With such opportunity, Jews entered the field of painting, many gaining acclaim for their art.

Daniel Moritz Oppenheim (1799-1882) has been referred to by some as the “first Jewish painter.” A German Jew, Oppenheim’s critically-acclaimed work drew on his Jewish experience. His paintings portray a variety of scenes from ordinary domestic Jewish life during that era–wedding feasts, families gathered for Sabbath and other festival meals, scholars pouring over their books. Oppenheim, who studied in Rome, also painted a variety of work inspired by the Bible, both the Hebrew Bible and the Christian Bible. The wealthy Rothschild family served as his patron for many years.

Many of the Jewish painters who followed Oppenheim focused less on Jewish life and content. For example, Camille Pissaro, the well-known Impressionist, was born in the West Indies to a Creole mother and French Jewish father. Pissaro’s impressionistic paintings captured scenes of urban life–a new sense of modernism. Pissaro captured a variety of different people from different ethnicities in his paintings.  This interest, perhaps inspired by Pissaro’s own mix of ethnic backgrounds, focuses more on ethnicity than religion. His subject matters are not specifically “Jewish” in nature.

As shifts in art movements occurred, Jewish painters were often part of the momentum. Known as the father of German Expressionism, Max Lieberman’s (1847-1935) paintings reflect an intellectual, assimilated perspective. His Jewish identity was tangential to his identity as a German. His fellow Jewish artist, Max Weber –once widely respected and treasured by his nation–has his paintings removed from German museums by the Nazis, because of his Jewish heritage.

As anti-Semitism in Europe became a more potent force in the early 20th century, many of Europe’s greatest Jewish painters fled to America or the nascent state of Israel. Max Weber (1881-1961), for example, was born in Russia and became a well-known Expressionist painter in the United States. He was later greatly influenced by the work of Pablo Picasso and incorporated Cubism into his unique painting style. Weber drew inspiration from his new, urban American setting. Titles of his best-known paintings include “Vaudeville” and “Chinese Restaurant.”

While most Jewish 19th and 20th century painters who succeeded Oppenheim did not paint specifically Jewish-themed work, one exception stands out: Marc Chagall.

The son of poor Hassidic family, Chagall left his native Russia to study in Paris. Chagall’s work incorporates imagery from his youth: both folk images of life in the village and also allusions to the Hebrew Bible. Using oils, watercolors and gouches, Chagall creates a modern Jewish aesthetic–incorporating the styles and techniques of the Parisian art scene, while expressing and identifying his Jewish background and frame of reference. Chagall created great works in both America and Israel–most notably, the stained glass windows in Jerusalem’s Hadassah hospital representing the 12 tribes of Israel.

While Chagall was the only major artist in the Paris school whose paintings included Jewish content, there were many other Jewish painters of note living and working in Paris at that time, among them Chaim Soutine, Jules Pascin, and Amedeo Modigliani. Modigliani’s paintings do make occasional Jewish references, and at times incorporate Hebrew letters and symbols into his designs.

Meanwhile, in pre-state Israel, Jewish painters established an important cultural institution in their homeland. In the 1920s, the artist Boris Schatz established the Bezalel School, an institute to train painters and sculptors in fine art techniques. Early Israeli painters like Nahum Gutman (1898-1980) created a unique “Hebrew” style of art–capturing the excitement of establishing a Jewish state–while maintaining his influences from Modern European art. Gutman’s pastoral scenes and many portraits of the waters that surround Israel reflect a love for the Land of Israel and nature.

Israeli painters faced the challenge of dedicating themselves to their homeland while maintaining connections to the larger art world. Some great Israeli artists like Reuven Rubin left Israel for periods of their life. Rubin’s held his first major exhibit in the United States, thanks to friend Alfred Stieglitz, in order to receive the recognition that he desired. Some Israeli painters–like the well-known Ya’akov Agam–do not paint specifically Jewish or Israeli themes. Agam has been acclaimed world-wide, for example, for his unique style of optical art.

Through a Feminist Lens

The second-half of the 20th century has brought with it increased diversity of Jewish painters. With the birth of the feminist movement in the United States came artists approaching their work with a specifically feminist lens. Judy Chicago (1939- ), one of the best-known feminist artists, brings her unique perspective on women’s history to her art.  Chicago is a painter but also works in a variety of other media as well, including sketching and bronze casting. As a professor of Feminist Art–the first ever–at California State University in Fresno during the 1970s, Chicago created a piece called “The Dinner Party,” which addresses issues of women’s subjugation throughout history.

Later in her career, Chicago began to become interested and started exploring her Jewish ancestry and identity. Out of that exploration came the “Holocaust Project: From Darkness to Light,” which was unveiled at the Spertus Institute in Chicago in 1993. Her multi-media exploration of Holocaust themes integrated her feminist perspective in examining human brutality and the triumph of the human spirit. Chicago pushes the edges of what it means to be a contemporary painter; for instance, “The Holocaust Project” uses photography along with painting to explore the depth and complexity of what it means to look at pictures from such a tragic moment in human history.

Later in her career, Chicago explored her Jewish ancestry and identity. Out of that exploration came the “Holocaust Project: From Darkness to Light,” unveiled at the Spertus Institute in Chicago in 1993. Her multi-media exploration of Holocaust themes integrated her feminist perspective in examining human brutality and the triumph of the human spirit.

As has been the trend over the last two centuries, not all Jewish painters today explore their Jewish identity or include Jewish content in their work. And those who do express a range of visions about the Jewish world, expressed through a range of different medium.

Self-taught artist Malcah Zeldis, for example, is best known as a children’s book illustrator whose work is heavily influenced by folk art. Her paintings portray a sweetness and love of Jewish ritual life, of family and tradition. Her paintings are part of the permanent collection in the Museum of American Folk Art, establishing a place for Jewish culture–a Jewish voice–in the American folk art tapestry. 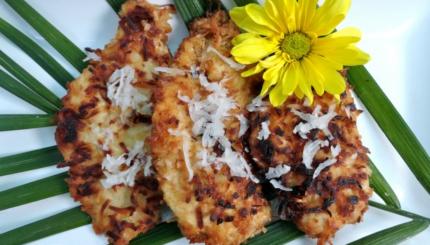 Aviva Kanoff is an artiste extraordinaire. She paints, teaches a mixed media art class, and dabbles in photography. Her creative ...