The term “Jewish Dance” in the American context can describe dance forms incorporated into Jewish religious and cultural life. For example, dances associated with Ashkenazic and Sephardic traditions, especially wedding dances, were transplanted to America with successive waves of immigration, and have become part of the Jewish American cultural experience. Other social forms include folk dances associated with Zionism and the formation of the state of Israel, the popularity of which soared between the 1950s and 1970s among young American Jews.

The same term–“Jewish Dance”–can also describe theatrical dancing that consciously engages with Jewish subject matter. This form of dance has found its greatest expression in post-WWII American Jewish choreographers working in the modern dance realm. These artists draw on the Bible, Hasidism, and the Holocaust as source material for their work. While contributing to a mostly positive conception of Jewish identity as uplifting, timeless, and spiritual, more recently choreographers have engaged in critical, ironic, and comic questioning of Judaism.

Though many Jewish choreographers have incorporated Jewish themes into their art in an effort to make positive statements about Jewish identity, their modernist and postmodernist perspectives–emphasizing individualism and female expression–often conflict with traditional Judaism. In combination with the preponderance of Jewish institutions, patrons, critics, and scholars in the dance field, choreographers have also greatly contributed to the growth of American dance as a contemporary art form, embracing racial, religious, and ethnic diversity and promoting humanistic values.

While many Jewish dancers were involved with broad social concerns of American life in the pre-war period, some participated in the creation of what was variously called Jewish, Hebrew, and Palestinian dance. Dancers such as Benjamin Zemach, Lillian Shapero, and Dvora Lapson functioned as part of a wide-scale effort to revitalize Jewish life in the Diaspora and Palestine, as the Zionist cause grew in fervor and as America’s Jews created new outlets of cultural expression.

In these dancers’ choreography, initial experiments were made in combining modernist conventions–individual expression, use of abstraction, belief in universal truths–with traditional sources of Jewish identification–the Bible, Jewish ritual, and custom–to create positive images of Jews.

Zemach, a Russian immigrant, was the first to popularize the notion of a uniquely Jewish theatrical dance form in the United States in the 1920s and 1930s. In creating his dances, he used a process of abstraction to invoke powerful images of the Jewish spirit–crystallized, timeless images of the praying Jew, the devout Yeshiva student, and the wandering Jew who fights for justice in the world. Farewell to Queen Sabbath was his signature work. In 1929, the influential New York Times critic John Martin wrote a lengthy article which reported that, for Zemach, there were two principal sources to which to turn in creating Jewish dance: “the actual physical movements of the Jewish folk in their daily life and…their religious practices, such as those especially of the hasidic sect.”

During the 1930s, several Americans focused on Jewish dance, especially as a result of their training at the Neighborhood Playhouse, part of the Henry Street Settlement House on New York’s Lower East Side, under the direction of the Jewish dance teacher Blanche Talmud. Lillian Shapero, for example, was born on the Lower East Side, and after studying at the Playhouse, danced for Martha Graham’s company from 1929-35. In 1933, she choreographed the dances for Maurice Schwartz’s production of Yoshe Kalb and thereafter was associated with both the Yiddish Art Theatre and the Artef (Workers Theater Group).

Dvora Lapson, another New Yorker who performed and wrote about Jewish dance in the 1930s, clearly framed her use of biblical, hasidic, and Palestinian source materials in terms of the “return of the Jew to Palestine.” Lapson worked closely with the Jewish Education Committee in New York, and later advised Jerome Robbins on Jewish dance when he choreographed Fiddler on the Roof (1964).

From the 1950s onward, several dancers such as Felix Fibich and his wife Judith Berg further maintained Eastern European dance tradition through their extensive involvement with Yiddish theatre and codification of characteristic Jewish gestures.

After Israeli independence in 1948, newly crafted folk dances were transported to America largely through the efforts of Fred Berk, a professional modern dancer from Vienna who arrived in the United States in 1942.

While Berk’s early theatrical dances drew more on hasidic and biblical material, other pieces increasingly referred to contemporary Israeli life and culture. In a 1949 performance at the 92nd Street YMHA in New York, the evening concluded with a piece called Songs Come To Life in three sections: “Pioneers,” “How Beautiful Are the Nights,” and “Hora.” The program note stated, “Israeli folksongs throb with a new life and rhythm, which derive from the utterly novel experience of a people rehabilitating itself in its historic homeland.”

Beginning in 1950 Berk’s focus shifted from creating theatrical works on Jewish themes to disseminating folk dances created in Israel or by Israelis. He organized and led classes, festivals, companies, and summer camps. Along with the early efforts of influential Israeli choreographers who moved to the United States, like Danny Uziel, Moshe Eskayo, and Dani Dassa, these efforts were extremely popular and successful in spreading the practice of Israeli folk dancing across the United States.

As the horrors of WWII became evident, important dancers who had previously stood aloof from their Jewish identity began to consciously create dances based on Jewish themes. In the modern dance world this was particularly the case with Anna Sokolow and Sophie Maslow, both of whom initially studied at the Neighborhood Playhouse and danced with Martha Graham, but increasingly choreographed their own works. Their dances on Jewish themes carried on the tradition of Zemach in constructing quintessential images of Jewishness that were nonetheless radical in their emphasis on female experience and embracing of racial diversity.

Sokolow’s Kaddish (1945) was a tense, halting solo commemorating those who had died in the Holocaust, in which she wore tefillin tightly wrapped around her arm. In Maslow’s The Village I Knew (1950), a look at life in a Russian village inspired by the stories of Sholom Aleichem, early casts included the African-American dancers Donald McKayle and Ronne Aul.

Other Jewish dancers made pieces in a similar vein, seeing the spiritualism of Judaism as complementary with the deeply expressive impetus of modern dance. Hadassah’s Shuvi Nafshi (1947), based on an excerpt from Psalm 116, “Return O My Soul,” was a spiritual expression in which a woman wearing a prayer shawl used spins, palm-to-cheek, and upward reaching gestures in an emotional declaration to God.

Similarly, Chicago-born Pearl Lang often drew on the ecstatic element in Judaism as an inspiration for her choreography. Lang’s many dances on Jewish themes include a version of the Dybbuk tale, The Possessed, which enjoyed multiple performances in New York in the 1970s, and I Never Saw Another Butterfly (1977) based on the writings of children of Theresienstadt.

More recently, works like Tamar Rogoff’s compelling 1994 lvye Project set in the woods of Ivye, Belarus, on the site where 2,500 Jews were massacred during the Holocaust, and Danial Shapiro’s What Dark/Falling Into Light (1996), inspired by a trip to the United States Holocaust Museum in Washington and the miraculous escape of his great-grandparents from Theresienstadt, continue to create emotionally compelling dances on Jewish themes.

Since the 1980s, a more critical, angry, and sometimes comical spirit has also found its way into many American dance portrayals of Jewishness. For example, postmodern choreographers such as Liz Lerman, David Dorfman, and Rebecca Rossen tackle the stereotypes rampant in the dance and vaudeville traditions regarding Jews and performance.

In Lerman’s The Good Jew? (1991), Lerman is put on trial to see if she is Jewish enough; at one point the performers daven (pray), while ironically singing a Christmas carol. Dorfman’s Dayeinu (1992) is riddled with distorted, crippled, uncomfortable movement and fragmented text that questions a key moment in the Passover Seder. Rossen’s Make Me a Jewish Dance (2000), in collaboration with Jewish choreographers Dan Froot and Victoria Marks, shifts from a soloist commenting on the audience’s behavior as being Jewish or not, to a series of shrugging, hand-wringing, money-grubbing and other stereotypical “Jewish” gestures. In depicting the application of make-up in assumption of early 20th century “Jew-face,” this piece questions whether the conventions that normally represent Jewishness can actually grasp the complexity of the Jewish experience.

The Jewish presence in American concert dance, while not always consciously linked to Jewish life, has had broad and important influence in promoting both excellence and diversity.

Prominent Jews in ballet include choreographers Jerome Robbins and Eliot Feld, and dancers such as Nora Kaye, Melissa Hayden, and Allegra Kent. Jewish patronage was forthcoming from prominent individuals like William Kolodney at the 92nd Street Y and Lincoln Kirstein at the New York City Ballet, as well as influential presenters such as Sol Hurok. Meanwhile, famous critics and scholars include Selma Jeanne Cohen, a leader in the establishment of dance history as an academic discipline, Judith Lynne Hanna, celebrated for her research into the relation between dance and society, and Marcia Siegel, one of the most prominent dance critics of the 20th century.

Jewish dance has played a major role in American Jewish culture as well as the broader dance field. In its social and folk forms it has provided a primary means for American Jews to feel connected to the ancient roots of Jewish life, as well as to the state of Israel. In the incorporation of modern and postmodern perspectives–especially in highlighting individuality, female expression, and varied minority perspectives–Jewish choreographers have foreshadowed and been a contributor to progressive developments in organized Judaism. Their work has also greatly contributed to the growth of American dance as a contemporary art form, embracing racial, religious, and ethnic diversity, demonstrating excellence, and promoting humanistic values. 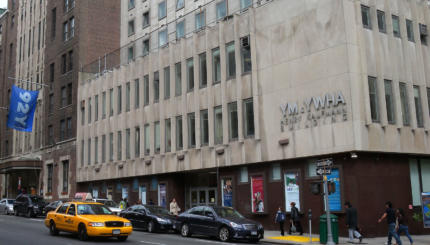