Shabbat traditions vary from community to community, and sometimes from family to family. Lighting Shabbat candles on Friday evening is one of the many Jewish rituals that is influenced not only by halakhah, but also by local and familial customs.

Jewish law only requires that one candle is lit, but even halakhic works acknowledge a variety of customs. According to the Kitzur Shulchan Aruch (75:2), some people light ten candles in honor of the Ten Commandments, while others light seven to represent the seven days of creation.

The most prevalent custom is lighting two flames. Two candles burning side by side is one of the most iconic images associated with Friday night, and Shabbat candlesticks are often sold in pairs.

There are several explanations for this. Some say the two candles  represent the two aspects of the commandment of keeping Shabbat given in the Torah. Exodus 20:8 says to “remember” (zachor) the Sabbath, and Deuteronomy 5:12 says to “keep” (shamor) the Sabbath. Others hold that the number two symbolizes the two major themes of Shabbat: creation and revelation.

While many people light just two candles, some families light an additional candle for each member of the household. For example, if a woman is married and has two children, she will light five candles: two to fulfill the mitzvah, one for her spouse and one for each child.

Shabbat candles are traditionally lit by the woman of the home. However, in some families, each daughter will light her own candles, while others have a custom of each child lighting their own candles once they are old enough to do so safely. 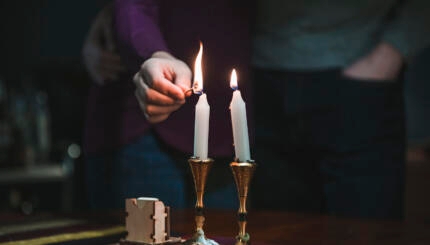 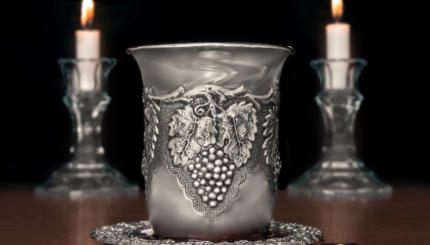 How to Say Friday Night Kiddush

This blessing over wine is commonly recited at home.

What Do Shabbat Candles Have to Do With Eve’s Sin?

According to the Midrash, the lighting of Sabbath candles is a symbolic rectification for Eve's sin in the Garden of Eden. Why?