Over the past several decades, one of the more influential ideas in the conflict resolution space centers around a movement away from models of “retributive justice” and towards models of “restorative justice.”

As Judaism spends a great deal of time exploring questions of ethics, politics, justice, and, indeed, the reality of human conflict, it is worth considering what Jewish tradition has to say about all of this. The answer, of course, is a great many things, as Jewish thought is anything but monolithic.

One of the enduring strengths of Judaism is its ability to speak urgently and passionately about important questions without enforcing univocalism or devolving into rhetorical chaos. This talent for productively embracing a variety of perspectives — a talent that, throughout human history, has been in rather short supply — links biblical authors, with ancient rabbis, with medieval Scholastics, with Spanish Kabbalists, with Halachic [Jewish legal] authorities, with contemporary Jewish philosophers in one magnificent discursive chain. Indeed, the Jewish conversation about how and when to mete out justice has spanned millennia.

Throughout that conversation, one of the more persistent points of tension is the apparent discrepancy between an oft-cited passage from Deuteronomy—“Justice, justice, you shall pursue” (Deuteronomy 16:20) — and another from Psalms, “Turn from evil and do good, love peace and pursue it” (Psalm 34:14). While these two visions of human obligation are not necessarily in conflict with one another, Jewish thinkers have long understood that the rigors of pursuing and enacting justice are not always in harmony with the pursuit of peace.

As is often the case when working out ideas, the early rabbis graft these divergent conceptions onto specific biblical personalities. Moses, who is a lawgiver and a rather stern person in general, becomes an avatar of Justice; his brother Aaron, who abortively tries to please the people by building the Golden Calf, becomes an avatar of Peace. Rabbi Hillel, in Pirkei Avot, enjoins us to “Be disciples of Aaron the Priest, loving peace and pursuing peace, loving human beings and drawing them close to Torah.” (Pirkei Avot, 1:12)

A later midrash (Avot De’Rabbi Natan, Chapter 12) develops this idea further, recounting a story about Aaron making peace between two friends who are locked in a bitter dispute. According to this tale, Aaron goes to each man in turn and tells him that his friend is wracked with guilt about his behavior. When the sparring men see one another next, each assumes that the other has taken full responsibility for the conflict; they embrace and move on as friends.

What is striking about this story, at least from the perspective of a tradition that generally prizes justice, is that it renders the facts of the dispute unimportant. In reconciling the friends, Aaron makes no attempt to understand the specifics of their conflict. Rather, he focuses entirely on bringing the conflict to an end, maneuvering (and, yes, manipulating) the men in such a way that both get what they need, that is, an implied admission of guilt from the other. Justice is not necessarily served, but peace is restored.

For contemporary advocates of restorative justice, Aaron’s approach is sorely lacking from our existing judicial and penal systems. According to psychologist Marshal Rosenberg, a prominent proponent of restorative modes of conflict resolution and the founder of the Center for Non-Violent Communication, human society has, for much of its history, labored under the false assumption that violence and transgression are normative and indelible. At the root of this assumption is the basic premise that the human creature is base by nature and in need of a rigorous rule for her will.

“The way you control people,” says Rosenberg, “given that our nature is evil and selfish, is through a system of justice in which people who behave in a ‘good’ manner get rewarded while those who are ‘evil’ are made to suffer. In order to see such a system as fair, one has to believe that both sides deserve what they get.”

This mode of justice and governance is effective when it comes to establishing order, but it is ineffective when it comes to avoiding future violence because it often ignores the unfulfilled human needs that are the root causes of conflict in the first place. One of the principles of restorative justice is the claim that most interactions that eventually devolve into violence do not start out that way. The idea that violent interactions are not endemic but, rather, aberrant, is a belief that opens out onto a more hopeful vision of humanity than those that we often associate with religious systems.

It is certainly true that discussions about ethics in the major Abrahamic traditions (Judaism, Christianity, and Islam), often emerge from cultures and situations in which retributive modes of conflict management are the norm. This is accompanied, as Rosenberg and others suggest, by a somewhat dim view of the human creature, which goes hand in hand with the mainline presumption that human beings need the divine legislation in order to reign in their baser tendencies. The whole drama of the High Holidays, at least from a traditional vantage point, makes little sense absent the conviction that our behavior matters and that somewhere, somehow, someone is not only keeping track, but is also ready to hold us accountable for the moral balance of our ledger. It is hard to imagine a more retributive image than that of God opening the Book of Life and the Book of Death and inscribing names in each. And in this respect the midrash about Aaron offers a vital corrective counterpoint.

Along these lines, another important voice, from a rather different corner of Jewish tradition, is that of Isaiah Horowitz, an early-modern, Eastern European mystic. In Shnei Luchot HaBrit, his monumental treatise on ethics and kabbalah, Horowitz develops a similarly restorative vision of justice in the context of human relationships:

Peace between husband and wife is of great value, for the divine name, Yah [Yod-Hei, i.e. hokhmah-binah/tiferet-shekhinah] dwells between them…and should they experience conflict, God forbid, the divine name is erased and, by removing the Yod-Hei from the words “man” [Aleph-Yod-Shin] and “woman,” [Aleph-Shin-Hei] they are each transformed into “fire” [Aleph-Shin]. (Shnei Luchot HaBrit, Sha’ar HaOyityot, Derekh Eretz, 39)

The engine that drives this passage is the elaborate, mythological architecture of the “Godhead” in Kabbalistic thought, a baroque symbolic system that pictures divine reality as a conglomeration of balanced polarities. As is commonly the case among Kabbalists, Horowitz imagines these polarities in gendered (and heteronormative) terms. By removing the name of God — that is, the letters Yod and Hei — from the Hebrew words for man and woman respectively, both words are transformed into “aish,” the Hebrew word for fire. Absent the peaceful inscription of the divine name, harmony goes up in flames.

One of the most striking aspects of this teaching, is that it presents the “normal,” resting state of human interaction as one of harmonious balance, imbued with the presence of the divinity. Conflict between people is not only avoidable but is also, strikingly, non-normative. Conflict — pace Hobbes — is not a fact of nature, but rather a departure from our deepest selves. Broadening this vision to embrace not only married pairs, but also the whole range of human relationships yields an inspiringly positive vision of who we are and can be. As Horowitz writes elsewhere, “Thus all Jews must pursue peace, in order to be one with peace and to completely and flawlessly resemble their creator, for the name of God is peace.” (Shnei Luchot HaBrit, Aseret HaDibrot, Sukkah, Ner Mitzvah).

(Rabbi Benjamin Resnick is the rabbi at Congregation Ahavas Achim in northern Massachusetts. He was ordained at the Jewish Theological Seminary in 2015, and he is currently pursuing a doctorate in Jewish mysticism. He has written for the Forward, Tablet, Modern Judaism, and the Journal of Inter-Religious Studies. He also co-hosts a podcast on contemporary spirituality called “While We’re Here.”) 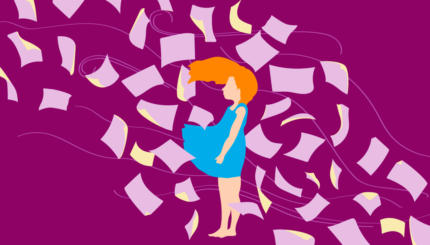 How We Benefit By Forgiving Others

Judaism teaches that there are personal, societal and spiritual benefits to forgiving those who have hurt us.

I think about the nature and concept of forgiveness literally on a daily basis. As a lawyer, my practice consists ...