Freedom of Religion in Israel

Reprinted with permission from The Gully Online Magazine.

Although the idea of a vibrant queer community in Israel, reputed birthplace of the biblical condemnation of same-sex relations, may seem far-fetched, Israel today is one of the world’s most progressive countries in terms of equality for sexual minorities. Politically, legally, and culturally, the community has moved from life at the margins of Israeli society to visibility and growing acceptance.

There is no magic mythical beginning to Israel’s LGBT community, like the 1969 Stonewall riots that spurred American queers into action. Instead, changes in the values and politics of Israeli society over the past twenty years or so created the space in which a gay and lesbian community could coalesce.

The first gay organization was established in 1975, thanks largely to the work of immigrants from the United States and other English-speaking countries influenced by the development of gay liberation and the counterculture of the 1960s.

The very name of this first organization, the Society for the Protection of Personal Rights (then, as today, known as the Agudah, in Hebrew), reflected the difficulty of organizing sexual minorities at a time when the existence of a sodomy law was thought by many to make homosexuality itself illegal. In its early years, the Agudah functioned more as a support and social group rather than as a political organization.

Lesbians began organizing within the Israeli women’s movement, which provided some space for the discussion of lesbian issues and radical feminism. But for many years, Israeli lesbians funneled most of their energies into feminism, rather than the struggle for gay and lesbian equality.

The development of a gay identity was difficult for many at a time when Israeli society was still in the midst of its Zionist revolution. Zionism, the national liberation movement of the Jewish people, sought to create a “New Jew” as part of the rebirth of Jewish sovereignty. The New Jew would work the land or engage in blue collar jobs, rather than in the “bourgeois” professions taken up by Jews in the Diaspora (the early Zionists were resolute socialists).

The security problems facing the Jewish state also precluded for many years discussion of a variety of social issues and problems. Pleading more pressing issues, the public agenda did not include the place of mizrahim (Jews who immigrated to Israel from the Arab countries) in a society dominated by European-born Jews, women’s liberation, equality for Palestinian citizens of Israel, or gay rights. Moreover, the collective values preached by the early founders of the Jewish state likewise left little room for exploration of personal identity.

By the early 1980’s, the values of Israeli society began to evolve, and with them, the scope of public discourse. The socialist certainties of Israel’s founders gave way to a consumer society. The certainties of Zionism gave way to a multitude of political and cultural identities: ultra-orthodox Judaism, growing assertion of a Palestinian identity among Israel’s Arab citizens, nationalism, and yearnings for a more Western, liberal society competed for the allegiance of Israelis.

Yet, gay identity and politics still did not go public. The close-knit nature of Israeli society made coming out exceedingly difficult, as did Israeli society’s emphasis on family and reproduction. So it fell on non-gay supporters of gay rights to move things forward.

By the late 1980’s, these efforts began to pay off, laying a road map for future gay political success. As part of a broader reform of Israel’s penal code, liberal Knesset members decided to try to repeal the sodomy law. In 1988, they literally called a vote to repeal the sodomy law in the middle of the night, when it was prearranged that religious Knesset members would not be present, promising not to draw too much attention to the effort. The next day, following repeal, religious politicians screamed to the heavens on the radio and in the press, but it was largely for show. This pattern of doing things quietly, even under the table, would repeat itself.

The next few years marked the golden age of gay political success in Israel. By 1992, lesbian and gay activists had succeeded in getting the Knesset to amend Israel’s Equal Workplace Opportunities Law to outlaw discrimination on the basis of sexual orientation.

In 1993, the Israeli military rescinded its few regulations discriminating against gays and lesbians. And in 1994, the Israeli Supreme Court ordered El Al Israel Airlines to grant a free plane ticket to the partner of a gay flight attendant, as the airline had long done for heterosexual partners of employees.

Since then, there has been steady progress, especially in the courts. As the victories mounted, so, too, did the number of people prepared to be open about their sexual orientation.

The reasons for gay and lesbian political success during this period from 1988 through the mid-1990s were many. Chief among them was the fact that gay activists pursued a very mainstream strategy, seeking to convince the wider public that gay Israelis were good patriotic citizens who just happened to be attracted to the same sex.

This strategy, pursued until recently, reinforced the perception that gay rights was a non-partisan issue, unconnected to the major fissure in Israeli politics, the Arab-Israeli conflict and how to resolve it. Embracing gay rights enabled Israelis to pat themselves on the back for being open-minded, even as Israeli society wrestled less successfully with other social inequalities.

The mainstream path started to grate on some gay and lesbian Israelis in the late 1990s. The fuse of disaffection was finally lit at what became known as “the Wigstock Riots.” Wigstock is an annual drag festival in Tel Aviv that raises money for AIDS services in Israel. In 1998, a boisterous demonstration broke out when the police attempted to shut down the event as the Jewish Sabbath was beginning. Protesters spilled onto the adjacent Hayarkon Street and blocked traffic for a few hours. Lesbian and gay activists denounced what they saw as police coercion. Sounds like the Stonewall riots, right?

Well, not quite. The police came only because of a bureaucratic mix-up. Organizers had gotten a permit from City Hall allowing the event to continue until 8 pm, but the police permit ran only until 7 pm. While queer media immediately labeled the event “the Israeli Stonewall,” it was perhaps the only Stonewall to result from confusion over a festival permit.

1998 was a banner year for a more in-your-face agenda. A few weeks before Wigstock, Dana International, a popular transgender singer, brought home first place for Israel in the Eurovision Song Contest. Dana’s victory enabled the Israeli gay and lesbian movement to add the “t-word” to its name. Previously, the Israeli gay movement had shunned transgendered people, fearing what their inclusion would do to its public image, but with Dana receiving congratulatory telegrams from the Prime Minister and being made an honorary ambassador by the Knesset, it was now “safe” for the movement to expand its focus.

In November of that year, Michal Eden won a seat in the Tel Aviv City Council, becoming Israel’s first openly lesbian elected official. Her victory was made possible by the growth of “sectoral” parties in Israeli politics, be they religious, Palestinian, or economic. In such a political environment, gays and lesbians could have their own elected political voice as well, although such representation does not yet exist at the national level. That year constituted a watershed in how the community viewed itself, and how its politics would develop.

But the radical critique has not been all-encompassing. The Israeli LGBT movement has not embraced feminism (in fact, sexism and tensions between gay men and lesbians are both quite prevalent), and until recently, the place of gay Arabs in the community was neglected, reflecting the wider society’s indifference to Israel’s Arab minority (some 20 percent of Israel’s population).

Against the backdrop of clashes between Israel and the Palestinian Authority, the 2001 Tel Aviv’s Pride Parade, typically a celebratory, hedonistic affair, got a dose of politics when a contingent called “Gays in Black” marched with a banner proclaiming, “There’s No Pride In Occupation.” A group called “Kvisa Sh’hora” (Dirty Laundry) also sprung up, linking the oppression of sexual minorities to what it sees as the Israeli oppression of the Palestinians.

The holding of World Pride in Jerusalem in August 2006 highlights the successes and challenges of Israel’s gay and lesbian community. The successes are many:  1) the growth of viable communities outside of Tel Aviv, symbolized by the Jerusalem community’s hosting of World Pride, an international gay pride event; continued legal successes, especially with respect to couple’s rights; and broad cultural visibility.

Likewise, the challenges remain. Israel’s gay and lesbian community is shaped by the ongoing conflict with the Palestinians and the Arab states. The central part of World Pride, a parade through Jerusalem, had to be postponed (to an unknown date as of this writing) for two years in a row–first because of Israel’s redeployment from Gaza, and then, because of the war that broke out on Israel’s northern border following Hezbollah’s provocations. But before the parade had to be cancelled because of regional tensions, it was shaping up as a struggle between Israel’s religious establishment and the gay and lesbian community.

The Jerusalem municipality and a veritable alliance of religious leaders united only in their opposition to homosexuality were determined to thwart the holding of the parade. An alliance of Jewish, Christian, and Muslim religious leaders, both local and international, contended that such a parade would constitute an attack on the sacred character of the city. They claimed that homosexuality so contradicted the teachings of all three of the monotheistic faiths that a parade for acceptance and equality of the GLBT community would forever stain the holy city. Even many secular Israelis normally supportive of the Israeli GLBT community viewed holding an international gay pride parade in Jerusalem as an unnecessary provocation, showing just how successful Israel’s religious establishment has been in shaping a degree of obedience to its sensitivities.

Since the writing of this article, the World Pride parade was finally held in Jerusalem on November 10, 2006 without the violence that many feared. Israel also elected its first openly gay member of the Knesset, Nitzan Horowitz. 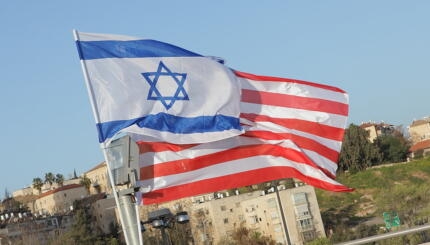 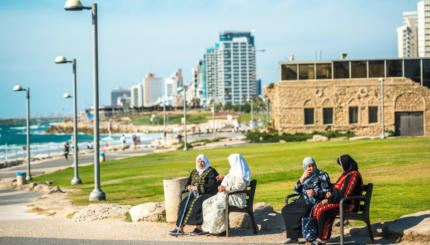