Holiness (kedushah) in Judaism is a theological concept that has often borne a social agenda. In directing the Israelites in how to attain holiness, the Torah portrays holiness as both a quality inherent in the Deity and a goal for people to strive for. “You shall be holy, for I, the Lord your God, am holy,” we read at the beginning of the “Holiness Code” in Leviticus 19.

Ways to Be Holy

That exhortation is preceded by a list of prohibited sexual relations and followed by a list of restrictions on the way one relates to business associates, neighbors, hired laborers, and the handicapped, as well as “ritual” restrictions on such activities as eating fruit from a young tree, eating blood, and practicing sorcery–all bearing the motive clause, “I am the Lord.”

The thrust of all these is summarized in Leviticus 20:26: “You shall be holy to Me, for I, the Lord, am holy, and I have set you apart from other peoples to be Mine.”

The uniqueness of the Israelite people is to be safeguarded by laws that set them apart from neighboring nations, and the Torah warns that violation of those restrictions will lead to the exile: “You shall faithfully observe all My laws and regulations, lest the land to which I bring you to settle in spew you out” as it did Israel’s predecessors there] (Leviticus 20:22-23). Proper behavior, then, would induce and protect the holiness of Israel.

Since that behavior, while difficult to maintain, was conceived of as “not in the heavens,” attainable without super human effort, the gulf between a holy life and a profane life was neither unbridgeable nor permanent. The Bible anticipates a time when life–for Israel and all peoples–would be consecrated in its fullness.

Despite the separatist tendency in the rhetoric of the Bible’s treatment of holiness, the ways in which holiness came to be attributed to persons, objects, places, and times in Biblical religion were markedly similar to those of other ancient Near Eastern cultures. Holiness is imparted and maintained through ritual,prayer, formal declaration, and the avoidance of specific “abominations.”

Judaism’s concept of kedushah as developed by the early rabbinic sages draws on biblical notions of holiness, distinguishing between two types, one hierarchical–holiness as a matter of degree–and the other non-hierarchical. The hierarchical type is ascribed to objects such as Torah scrolls and synagogue buildings that are used in a way that makes them close to God. Non-hierarchical holiness is a moral purity achieved by doing deeds that are ethically and ritually proper. The people Israel is commanded to be holy in order to be considered God’s people.

Is attaining holiness a matter of living up to the standards of law, or of exceeding them, perhaps so much as to be the rare saintly person? Medieval Jewish thinkers adopted a variety of positions on this question. For some, it is enough to refrain from illicit behavior. Others view the requirements and restrictions of Jewish law (halakhah) as an enforceable minimum standard of decent behavior, within the realm of which one may be a scoundrel or, by choosing to behave well, a holy person. Yet others portray an ascetic life of devotion to God as the way to the attaining the status of “holy.”

Philosophers of Judaism in modern times, influenced in part by philosophical, literary, and anthropological studies of religion in general, have expanded Jews’understanding of the concept of “holiness.” Some have focused on social ethics, others on the life of the individual. Religious existentialists in particular stress the unique status of “holy” as a term describing relationship with God, reflecting a realm beyond the psychological, the social, and the ethical–a realm in which human beings stand before the Absolute. 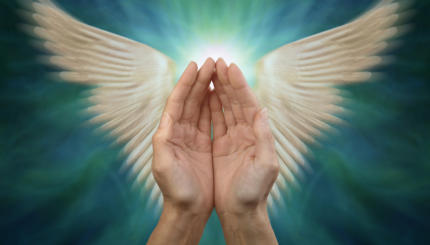 This prayer recited during the Amidah is a bit of an outlier in the liturgy.

Is it enough to live up the requirements of Jewish law for one to be holy? Is sanctity in this life possible for all of us—or only for a few saintly people? 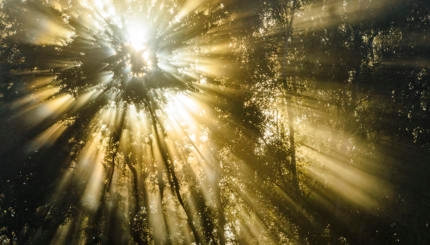 Kedushah d’Yotzeir: A Call to Holiness

This prayer invoking the heavenly angels offers key insights into the purpose of prayer and our broader responsibility as religious people.