In the very next verse, we learn that Zimri ben Salu (an Israelite) and Kozbi bat Tzur (a Midianite) publicly display their relationship as Zimri takes Kozbi back to his tent to sleep with her. Our Torah portion opens with the conclusion of the bloody tale as Pinchas slaughters Zimri and Kozbi and ends the plague (Numbers 25).

The surface meaning of the story seems to indicate that Pinchas has acted properly and saved the Israelites. However, Rabbi Mordechai Yosef Leiner of Izbica, a Polish Hasidic rebbe, turns this understanding on its head. He argues that Pinchas is profoundly mistaken. Though it seems that Zimri is acting improperly according to the acknowledged law, he is, according to Rabbi Leiner, following a deeper divine will, which compels him to violate the accepted standards.

And so it seems that both Pinchas, according to the pshat (literal meaning) of the text, and Zimri, according to Rabbi Leiner’s understanding, perform acts of radical activism. In the midst of values upturned, they stage their rebellions fervently by taking the law into their own hands and acting on their own beliefs. Yet it seems that both Pinchas and Zimri, though seeking to push their community to adhere to a moral standard, ultimately produce destructive consequences.

Rabbi Leiner suggests two qualities that can bring us closer to a place of certainty as we make choices about how to act in the world. The first is humility. We should develop a wise, balanced humility that recognizes our own human frailty rather than a crushing “repulsive humility,” as Rabbi Leiner terms it, which makes us see ourselves as worthless or incapable of action.
Humility helps us recognize our fallible human nature and keeps us aware of the fact that there is always the possibility, in some way or element, that we have misjudged our circumstances. Humility leaves us no less committed, but rather bolstered with the ever present possibility of re-examining our commitments to both ideals and action.

The second precursor to ethical action is a deep process of introspection, by which one attempts to make sure that no misplaced ego-driven motives — anger, revenge, self-righteousness, image, fame, fear, desire, etc. — are in fact motivating one’s actions. Appropriate action, Rabbi Leiner teaches, can only be discovered by courageously going within and investigating the place from which our struggle for justice emerges.

Such introspection and humility can prevent us from acting rashly based on our anger and misguided self-certainty. When we do decide to act, we must act with the purity, compassion, and clarity that bring healing rather than division. When we approach activism with humility and deep introspection, we have done our best to ensure that our choices will be right.

The true political activist, then, must also be a spiritual activist. Only thus, our Torah portion teaches, can we avoid the pitfall of zealotry and wisely dance through the different modes of political action in order to bring justice to our world. 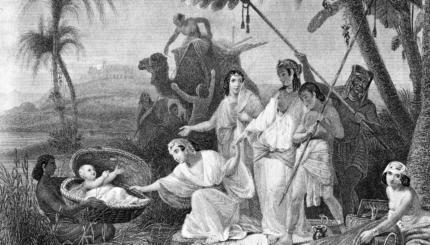 Every action we take produces a reaction.

Reason is Lost in Anger

In his anger, Moses had lost his reason and knowledge of the law.