The Israelites Are No Better Than Other Nations

The haftarah selection from Amos opens with a judgment speech against sinful nations. The prophet warns that wicked kingdoms will be wiped off the face of the earth—and that includes the nation of Israel, which God does not think is any better than the Ethiopians, Philistines, or the Arameans.

But God promises not to completely erase the nation He brought out of Egypt. In punishing His own people, God will save a small remnant of the once numerous group. This speech is designed to remind the people of Israel that merely being a member of the Chosen People does not guarantee salvation–a life of good deeds is required as well.

Though Amos is scolding the people in this prophecy, he ends with a vision of redemption, describing a time “when the mountains shall drip wine and all the hills shall wave [with grain]” (9:13). Only then will God restore the people to their land, “nevermore to be uprooted” (9:15).

Connection to the Torah Portion

The haftarah from Amos emphasizes themes of universal divine judgment that are implied in Parashat Kedoshim, where we read about God choosing and sanctifying the Israelites. God says, “I have set you apart from other peoples to be Mine (Leviticus 20:26). The haftarah reminds Israel that even though they are chosen, they are not given license to sin, and their punishment for sinning will be no less than the punishment meted out to other nations.

The haftarah selection from Ezekiel begins with God commanding Ezekiel to arraign the people of Israel for their sins. In the remainder of the text, God speaks through Ezekiel as a prosecutor, reminding the nation of their humble beginnings as slaves in Egypt, and of God’s promise to bring them into a land flowing with milk and honey, “the fairest of all lands” (20:6).

While the Israelites were still in Egypt God told them to cast away all of the detestable things that they were drawn to and abandon the disgusting ways of the Egyptians. But the people refused and adhered to their sinful ways. God was ready to pour out His wrath on the people, but did not want to do so in the presence of the other nations because He was concerned that doing so would cause his name to be profaned.

Then God brought the Israelites out of Egypt, gave them laws, a legal system, and Shabbat. Again God demanded that they abandon their sinful behavior, but the people ignored the laws and desecrated Shabbat.  And again God considered punishing them with His wrath. But, God explains, “I acted for the sake of My name, that it might not be profaned in the sight of the nations before whose eyes I had led them out.” (20:14) Though God resisted the urge to destroy His own people, He decided not to let the generation of Israelites who had left Egypt enter the land He had promised them.

Through Ezekiel, God reminds the people that He warned every generation not to follow in the ways of their fathers, but the Children of Israel continued to sin.

To most readers, the story of the Israelites’ Exodus and time in the wilderness is a familiar one, but Ezekiel’s version is notable because it ignores the role of Moses entirely. In the time that Ezekiel was giving his prophecy, Moses’ leadership was no longer the point to drive home. Ezekiel’s goal was simply to castigate the people for sinning.

Connection to the Portion

In Parashat Kedoshim, God emphasizes that He gave the people, “My laws and My rules, by the pursuit of which man shall live” (Lev. 18:5). This same sentiment is repeated verbatim by Ezekiel, “I gave them My laws and taught them My rules, by the pursuit of which a man shall live” (20:11). This phrase implies that following the laws given by God is the source of vitality, a hard-hitting point in any era.

An additional connection between the parashah and haftarah is found in the way that Moses and Ezekiel present the messages they have been given by God. In Parashat Kedoshim, Moses transmits many laws from God to the people, always emphasizing that the tenets he teaches come directly from God, and that the people can be sanctified by following in God’s way. Similarly, in the haftarah, though Ezekiel is the vessel through which God is transmitting His message, Ezekiel is careful to always emphasize the centrality of God’s law.

On the Occasion of a Double Portion

When Aharei Mot and Kedoshim are read together as a double parashah, most congregations read the haftarah selection from Amos. 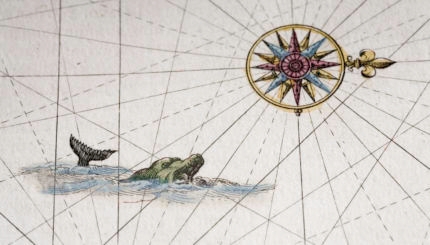 A prophecy of destruction that is rife with metaphor.

Jerusalem is a bloody mess.