In 1862, in the heat of the Civil War, General Ulysses S. Grant initiated the most blatant official episode of anti-Semitism in 19th-century American history. In December of that year, Grant issued his infamous General Order No. 11, which expelled all Jews from Kentucky, Tennessee, and Mississippi.

To control that trade, Lincoln insisted the Treasury Department and the Army license it. As commander of the Department of the Tennessee, Grant was charged with issuing trade licenses in his area. As cotton prices soared in the North, unlicensed traders bribed Union officers to allow them to buy Southern cotton without a permit. As one exasperated correspondent told the Secretary of War, “Every colonel, captain or quartermaster is in a secret partnership with some operator in cotton; every soldier dreams of adding a bale of cotton to his monthly pay.”

In the fall of 1862, Grant was pressured by his superiors to capture heavily defended Vicksburg, which would allow the Union to control the entire Mississippi River and cut the Confederacy in half. Grant resented having to divert his personal attention from capturing Vicksburg to controlling the cotton trade–and especially the corruption it was causing. Merchants seeking trade permits besieged his headquarters.

When Grant’s own father appeared one day seeking trade licenses for a group of Cincinnati merchants, some of whom were Jews, Grant’s frustration boiled over.

A handful of the corrupt traders were Jews, although the great majority was not. In the emotional climate of the war zone, ancient prejudices flourished. The terms “Jew,” “profiteer” “speculator,” and “trader” were employed interchangeably. Union commanding General Henry W. Halleck linked “traitors and Jew peddlers.” Grant shared Halleck’s mentality, describing “the Israelites” as “an intolerable nuisance.”

In November 1862, convinced that the black market in cotton was organized “mostly by Jews and other unprincipled traders,” Grant ordered that “no Jews are to be permitted to travel on the railroad southward [into the Department] from any point,” nor were they to be granted trade licenses. When illegal trading continued, on December 17th Grant issued Order No. 11: “The Jews, as a class violating every regulation of trade established by the Treasury Department… are hereby expelled from [Kentucky, Tennessee, and Mississippi] within 24 hours.”

Subordinates enforced the order at once in the area surrounding Grant’s headquarters in Holly Springs, Mississippi. Some Jewish traders had to trudge 40 miles on foot to evacuate the area. In Paducah, Kentucky, military officials gave the town’s 30 Jewish families–all long-term residents, none of them speculators, and at least two of them Union Army veterans–24 hours to leave.

A group of Paducah’s Jewish merchants led by Cesar Kaskel dispatched an indignant telegram to President Lincoln condemning Grant’s order as an “enormous outrage on all laws and humanity… the grossest violation of the Constitution and our rights as good citizens under it.” Jewish leaders organized protest rallies in St. Louis, Louisville, and Cincinnati, and telegrams reached the White House from the Jewish communities of Chicago, New York, and Philadelphia.

On January 6th, a delegation led by Rabbi Isaac M. Wise of Cincinnati called on Lincoln to express its gratitude that Grant’s order had been rescinded. Lincoln received the delegation cordially, expressed surprise that Grant had issued such a command, and stated his conviction that “to condemn a class is, to say the least, to wrong the good with the bad.” He drew no distinction between Jew and Gentile, the president said, and would allow no American to be wronged because of his religious affiliation.

After the war, Grant transcended his anti-Semitic reputation. He explained his actions by saying that he had signed the order, which had been prepared by a subordinate, without reading it. Grant carried the Jewish vote in the Presidential election of 1868 and named several Jews to high office. However, General Order No. 11 remains a blight on the military career of the general who saved the Union.

Reprinted with permission of the American Jewish Historical Society from “Chapters in American History.” 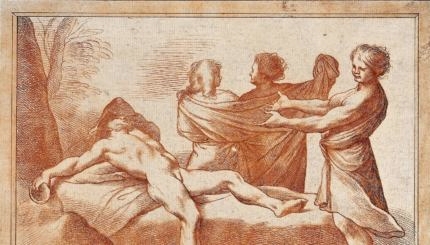 Who Are the Semites?

A historian traces the origins of the term.