Hasidic Wisdom for the End of Life

How Hasidic Wisdom Can Improve Your Life

We tend to think that feeling bad is a problem — a scandal even — and in need of correction. We ask ourselves: Why is it that I do not feel right? Is there something wrong in me, with me, about me? This sense of disorientation and dis-ease is especially affecting when these questions are posed in a religious framework. Do such ugly or unfortunate feelings imply something is broken in my soul? Or in my relationship with the Divine?

The modern, mystical revivalist movement of Hasidism offered a radical reinterpretation of bad feelings. Instead of seeing feeling bad as evidence of being broken, they saw such feelings of brokenness as a chance to bring attention, healing and care to ourselves and the world. These Hasidic masters staged a revolution of the heart.

Feeling Bad Means Something Is Wrong

Classical Jewish sources, like the Bible and Talmud, generally view feeling bad as a problem. For instance, in the Babylonian Talmud, Rabbi Joshua teaches: “The Shechinah (the divine presence) does not come to rest on a person in a state of indolence, sadness, frivolity, unseriousness, or worthless affairs, but rather in a state of the joy of the commandment.” (Pesachim 117a) Rabbi Joshua teaches that the ideal state for prayer is one of virtue and joy — sadness must be overcome to achieve it.

More than a thousand years later, this idea still reigned. The Jewish Eastern European world from which Hasidism emerged also had an idea that sadness and the Divine presence cannot exist in the same space. The group of rabbis and theologians who would eventually become known as the Mitnagdim, defined by their opposition to Hasidism, believed that pain and suffering in this life are inevitable because the cosmos is broken — in need of messianic redemption. Feeling sunk in the depths of melancholy is right — it matches this fallen state of the world. To resist or respond to this existential sadness is to deny the suffering of the Jewish people and the exiled Divine.

Hasidism launched onto the scene in the mid-eighteenth century with a radically different take on emotion. Not only did they not mire themselves in sadness, they actively pursued almost euphoric joy. The Mitnagdim wrote outraged descriptions of the joyous, even ecstatic, gatherings that typified the flowering of the revivalist Hasidic movement: “God forbid that they become sad at all! Rather, they are always in merriment and rejoicing, saying that sadness nullifies mystical unity. And God forbid that they become distressed regarding a sin they transgressed, so one does not come to a state of melancholy.”

The early Hasidic thinking was as follows: since sadness keeps the Divine presence from dwelling in one’s midst, it is essential to commit oneself to joy, to facilitate religious, even mystical, experience. The Mitnagdic critics excoriate the early Hasidim. For them, anxiety and distress are correct responses to the pain of exile. For the Hasidim, cultivating joy was the way to return to God.

Sign up here for My Jewish Learning’s email series about how Hasidic wisdom can improve your life.

The Mitnagidim saw Hasidism as a simplistic “happy clappy” movement that encouraged people to deny sadness and other negative states, and instead just be happy. But this is an unfair characterization. While it is true that investment in the mystical properties of simchah (joy) is a central feature of Hasidic theology, melancholy and depression are also central to the movement’s emotional palate. The Hasidic revolution in feeling asked people not to ignore or deny their pain, but rather to face it and treat it, and to reframe it not as a failure either in themselves or the world, but rather an opportunity to bring healing, and in this way serve as a microcosm of the healing one can bring to this broken world.

The Baal Shem Tov, the legendary founder of Hasidism, is the purported author of Tzivat Harivash. This work responds to a feeling of anxiety and agitation that many may experience when trying to follow all the precepts of a detail-oriented tradition like Judaism. Tzivat Harivash frames this anxiety as a result of the yetzer hara (evil urge): “Sadness is a great hindrance to worshiping the Creator. Even if one falters in sin, one should not be overly sad, such that it negates one’s worship. Rather, one should be sad about the sin [and through it] return to rejoice in the Creator, when he regrets [his sin] with complete regret…”

At first glance, it seems to be a broadside against sadness, but in truth it is making a subtler point. Rather than opposing all sadness, the Baal Shem Tov warns us to be careful of letting it take control. If one commits a sin, it is appropriate to feel sadness and regret, but it is not right to allow that sadness to define one, to identify with it. The route back to connection with the Divine is not by denying or avoiding sadness, but keeping it in context, not allowing it to take over, and instead using it as a means to reconnect with one’s soul and truer self.

Sadness Is a Normal Part of Being Human

We can also find Hasidic thinking that more strongly embraces negative emotional states as part of the fullness of being alive. In the early Hasidic work Me’or Eynayim (Light of the Eyes), Rabbi Menachem Nachum Twersky of Chernobyl warns that the spiritual life is far from emotionally constant. He reminds his followers that the prophet Ezekiel had a vision of angels going “hither and thither” and taught that likewise the religious emotional life is dynamic, ever-changing: “But the truth is, no one is ever able to remain at one ​madregah​ (level), because one’s chiyus (life-force​) goes hither and thither, ebbing and flowing, coming close and withdrawing. Sometimes, when you feel attached to the Holy One, you feel that sense of vitality and pleasure, but afterwards, commonly, it can withdraw, and one experiences a descent.”

Rabbi Menachem Nachum recognizes that in life it is common and unavoidable to experience turbulence. Further, he taught that not all religious wisdom comes from states of joy and ecstasy. There are Divine secrets even in loss and pain, which are a part of every human life. Here, he draws on a famous mystical theory of creation, propounded by famed 16th century Kabbalist Isaac Luria, that in order for creation to come into existence, God first had to withdraw and allow for a lack (tzimtzum). It was only when that loss occurred that the world could be born. Likewise, in our lives, a fall from a previous spiritual height or a state of great joy is not a referendum on our worth, nor does it define us. Rather, melancholy is but one state among many, and it is a necessary part of life and a prerequisite for further change, for further heights, for further life. So, prescribes the Chernobler, one must “hold fast, even as one is falling.” The prescription for loss is not despair, but resilience, to learn how to live through it.

God Dwells in a Broken Heart

Another Hasidic master, Rabbi Moshe Chaim Ephraim of Sudilikov, the grandson of the Baal Shem Tov taught that feeling bad is not a hindrance at all, but evidence that one can feel life in its fullness: “wholeness is specifically when found in a ​broken heart​, this is its goodness and wholeness…” One might have thought the heart is in its finest form when it is alight and expansive with joy, but the Hasidic master teaches that the heart is fullest when it is suffused with so much feeling that it breaks open. In a stunning reinterpretation of the Torah’s description of the Israelites building a Tabernacle, a home for God, he teaches that the true dwelling place for God is somewhere much nearer: “the heart was created to be a dwelling place for the Holy Blessed One … who does not reside save in an oppressed and ​broken heart. ​Thus, the wholeness of the heart is to be ​broken​ within.” Just as God had to contract to make room for the world, our hearts must break to be a fitting dwelling for God.

This is not to romanticize suffering, but to recognize that there is something worthwhile in pain, and that the one who feels it is also worthwhile. In a way, Rabbi Moshe Chaim Ephraim presents the reader with a redemption of one’s sadness. Psychologists describe depression not as a state of negative feelings, but rather the negation of feeling. To move from atzvut (melancholy) to the broken heart is to turn toward how one feels and recognize it as something meaningful, not as a hindrance to meaning. Pain and suffering are not evidence that one is broken, but rather brokenness is, in truth, a promise. In this way, Hasidism refuses to succumb to the idea that if one feels bad, something must be wrong. Rather, brokenness is evidence of the edges of a world yet to emerge, a breaking open that turns one toward others, bursting out from oneself, in empathy and feeling. 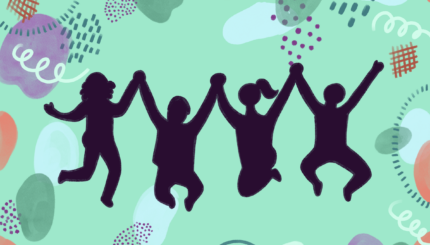 A Hasidic meditation on friendship. 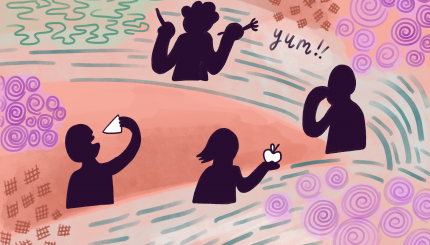 How Hasidic Wisdom Can Elevate Mealtime

Hasidic philosophy on how to eat "for the sake of heaven." 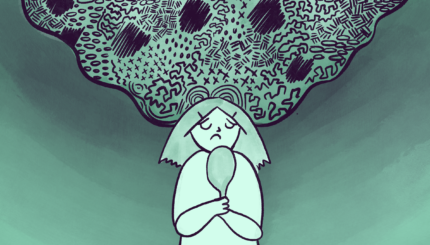 These practices are grounded in the Hasidic insight that all experiences, even difficult ones, are manifestations of the divine.