In the 1960s, thanks to a series of court battles-often tried by Jewish lawyers–it became possible for reputable U.S. publishers to sell, without expurgation or bowdlerization, “dirty” books such as D. H. Lawrence’s Lady Chatterley’s Lover, Henry Miller’s Tropic of Cancer, and a moldy old pornographic romp by the name of Fanny Hill. A few years later, Philip Roth showed that dirty words and sexual frankness could be put to use in fiction both uproariously funny and, in its own way, deeply serious.

A talented 20-something poet and literary scholar named Erica Jong saw all of this going on, and said, in effect, why are the boys having all the fun? In 1973, she published Fear of Flying, an exuberant novel dripping with sex and satire that has gone on to sell over 12 million copies in–believe it or not–27 languages.

Jong’s highly autobiographical protagonist and narrator, Isadora White Stollerman Wing, grows up in a well-off but loopy New York Jewish family. As the novel begins, she is accompanying her second husband, a Chinese-American psychotherapist named Bennett Wing, to an international psychiatry conference in Vienna–the city, Isadora points out, that Freud fled in 1938. Apropos of this trip, and in good therapeutic fashion, Isadora spins out tales of her troubled childhood and early adulthood, her years in Heidelberg and in graduate school at Columbia, and all the woes of being a woman in a patriarchal world (“Growing up female in America. What a liability!”).

She soon finds the ironically named Adrian Goodlove, who, though often impotent, manages to tempt her away from her sullen and taciturn husband. As she guiltily pursues adultery and zips around Europe with Adrian, seeking the enlightenment of self-indulgence, she recounts the traumas of her life to date, including a disastrous first marriage to a brilliant young psychopath, a bizarre visit to her sister in Beirut in the mid-1960s, and all the therapy it took before she amassed enough confidence to submit her poetry to magazines.

Through it all, Isadora’s Jewishness pops up often, whether she is riffing on Freud and his followers, the peccadilloes of bourgeois New Yorkers, or her acrimonious relationship with Germany.

What makes this novel irresistible is the bright humor and erudition with which Jong lampoons everything in sight, as well as the unbridled diction she employs to explore female sexuality and desire. Though her unabashed dirty words are the same ones that began to appear in sex-pulp paperbacks in the 1960s and 1970s, Jong’s aim is not simple titillation-for one thing, the men in her novel are as often flaccid as not.

For another, there is an uncanny realism, even pragmatism, to Jong’s descriptions of sex and relationships. In general, though the details are larger than life, the book reads more or less like a thinly veiled personal history, exaggerated just enough to be funnier than truth; as Isadora remarks, for herself and her creator, “Nothing quite has reality for me till I write it all down-revising and embellishing as I go.” More than one generation of women have found in Jong a guide to self-discovery, and though the novel is an artifact of its era, it still conveys the freshness and verve that first made it a hit.

Though she also writes memoirs, such as Fear of Fifty (1994), Jong writes fiction so transparently autobiographical that perhaps there would be little to be added by an external biographer; no biography has yet appeared, though a useful collection of interviews with the author has been edited by Charlotte Templin (2002). None of her books has had quite the impact of Fear of Flying, but Jong’s oeuvre includes many collections of poetry, essays, and novels, and continues to grow year by year.

This poet, author, and modernist emphasizes the role of interpretation in understanding art. 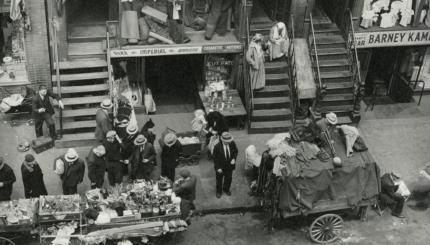