Ecclesiastes and the Quest for Truth

Excerpted with permission from The Jewish Religion: A Companion , Oxford University Press.

Ecclesiastes, a biblical book, is one of the Five Scrolls (megillot) [the designation given to the five biblical books which are each read in their entirety on an important holiday] in the third section of the Bible, the Hagiographa [Writings or Ketuvim]; the Hebrew Name is Kohelet (usually translated as “Preacher”).

The opening verse of the book: “The words of Kohelet, the son of David, King in Jerusalem” were understood in the Jewish tradition to mean that the author was none other than King Solomon, but modern biblical scholarship is unanimous in holding that the book was compiled at a much later date, although opinions differ as to when and by whom the book was actually composed.

The Talmud (Shabbat30b) states that, at first, the sages wished to hide the work (i.e. they refused to endow it with the sanctity of sacred Scripture) because some of its statements contradict the Torah and are even self-contradictory. Eventually, however, the book was accepted as a biblical book on the grounds that it begins and ends with the fear of heaven. In other words, for all the book’s skepticism and pessimism about the human condition, the teaching which shines through is: “Fear God and keep His commandments” (12:13).

The usual midrashic interpretation of the book is that the description of all human life “under the sun” as “vanity of vanities” applies only to earthly pursuits (“under the sun”), not to the way of the Torah, which is “above the sun,” eternal and beyond time.

Ecclesiastes is read in the synagogue on the festival of Tabernacles [Sukkot], the festival of joy; an odd choice, on the face of it, for a book that seems to question life’s values. But here again, the interpretation holds good that the philosophical probings of the book do not lead ultimately to unbelief, but on the contrary, to an appreciation of the higher values which promote true happiness.

The book has served as a reminder that Judaism does not necessarily frown on a sincere quest for life’s meaning and significance. For this reason, the book is, in a sense, the earliest encounter between faith and reason, a debate which has been continued by the philosophically inclined throughout the history of Jewish thought. The very admission of such a book into the Bible demonstrates how precarious it is to try to draw a picture of Judaism in simple terms. 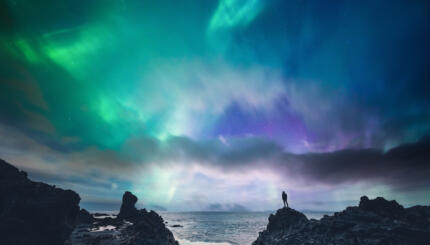