Raised in Sioux City, Iowa, the sisters were in their late thirties before first Esther, then Pauline, entered the advice business. Esther, known as Eppie Lederer, won a contest to replace the original author of the “Ask Ann Landers” column for the Chicago Sun-Times in 1955. By 1993, the Ann Landers column appeared in 1200 daily newspapers with 90 million readers, making her the world’s most widely syndicated columnist. The column has also been translated into more than twenty languages.

When Lederer began writing the column her sister contributed by reading some of the letters and suggesting answers. The Sun-Times, however, forbade the partnership, and Phillips (known as Popo) soon decided to write her own column. “Dear Abby” took off, and soon became the chief rival to “Ann Landers,” leading to a brief feud between the sisters.

Both columns were characterized by a straightforward tone, practical advice, and a firm but modern moral sensibility. In a change from previous advice columns, both women used humor, including sarcasm and one-liners, in their responses. “Dear Abby,” for instance, once published a letter from a reader inquiring whether a woman could get pregnant under water. Abby’s response: “not without a man.”

With an open-mindedness grounded in practical morality, both columnists won loyal followings. A reviewer writing about a collection of “Dear Abby” columns characterized their author as “just the person you’d want to go to with a problem–the aunt with the wise mouth and the heart of gold.” Psychology Today once credited Ann Landers with having a greater effect on the way people deal with their problems than any other living individual. Both women were politically liberal, and used their columns to condemn racism, sexism, and anti-Semitism and to advocate for women’s rights.

Esther Lederer died on June 22, 2002. The “Ann Landers” column died with her, but has been replaced in many newspapers by “Annie’s Mailbox,” edited by Lederer’s former staff. Pauline Phillips, ill with Alzheimer’s, has retired from writing “Dear Abby.” Apparently, advice-giving runs in the family. “Dear Abby” is now written by Phillips’s daughter, Jeanne, while Lederer’s daughter, Margo Howard, writes the advice column “Dear Prudence.” 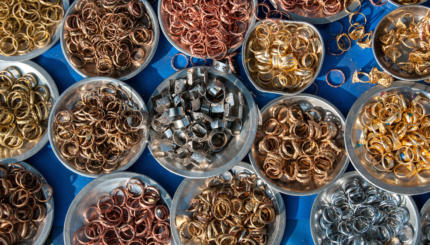 Living Up to Our Names

A life dedicated to rescue. 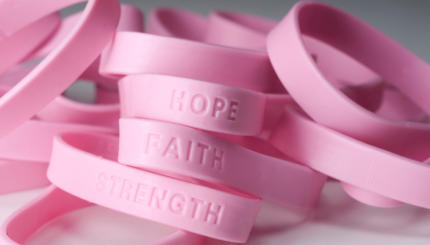 Following the example of the High Priest's bands, issue bracelets can raise awareness--the awareness of their wearer.