Liturgy, Ritual and Custom of Divorce

The biblical text that is the basis for the laws of Jewish divorce provides that a marriage is dissolved where the husband “writes a bill of divorcement, hands it to [the wife], and sends her away from his house” (Deuteronomy 24:1).

It is clear from this passage that a divorce is accomplished through specific acts of the husband. Neither wife nor beit din (Jewish court) is mentioned as a possible initiator of the divorce process. The rabbis in the Talmud also mandated that the husband’s act must be done “with his full consent” (Yevamot 112b).

A Legal Fiction Gives Some Power to Women

But the rule that the Jewish courts can, under certain circumstances, compel the husband to participate in the divorce procedure seems to contradict the rule that a husband must be acting of his own free will when divorcing his wife. How can a man who is compelled to act be considered to be acting “with his full consent”?

In order to answer this question, the rabbis created a legal fiction: A man who agrees to divorce his wife because of the pressure exerted on him to obey an order of a Jewish court is considered to be acting of his own free will. This principle enabled a duly constituted beit din to employ any means it saw fit, including corporal punishment, to ensure the husband formally uttered the necessary phrases and did the acts required of him to constitute participation in the get (Jewish divorce) procedure.

Various rationales have been given for such a formalistic view of “consent.” Maimonides [a medieval codifier of Jewish law], for example, suggests that the husband’s true intent is to follow the law and to give the get as the authorities have ordered him. He is led astray by his evil side, and the means that the authorities use to force his formal consent merely repress his evil impulse, thereby revealing his true wishes and allowing him to act according to his free will (Laws of Divorce, 2:20). Nevertheless, if the measures employed by the beit din were not effective in securing the husband’s participation in the get process, the court itself could do nothing: it is not in its power to change the parties’ marital status. The basic principle remains that the divorce is effectuated through the acts of the parties only.

When Can a Beit Din Coerce a Husband to Participate in the Get Process?

A woman can petition the beit din to coerce the husband to participate in the divorce process in limited circumstances:

1.      Where the husband has a physical condition or occupation that the rabbis deem to make him repulsive to his wife. In mishnaic times, these included a disease or trade that caused the man to have a terrible smell or a skin disease. A woman was entitled to petition for a divorce in these circumstances even if she married the man knowing of these conditions, unless she had explicitly stated before getting married that she was willing to marry him despite the condition.

2.      Where the husband will not provide the wife her marital rights. The ketubah (marriage contract) requires the husband to maintain and support his wife. If he fails to do so, he has violated his contract and the wife can petition for divorce. Similarly, the husband is obligated to provide the wife a certain number of opportunities for sexual activity a month. If he refuses to have sexual intercourse for more than a limited period, the husband has violated his obligations, and his wife can petition for divorce.

3.      The wife claims that her husband is sexually repulsive to her (ma’is alai). The law in this area is very difficult. The original mishnah that introduces this concept contrasts two types of women who refuse to have sex with their husbands: those who merely want to torment their husbands and those who say my husband “is repulsive to me.” The mishnah concludes that the latter should not be forced to respond to their husbands’ needs, and Rashi expands on this, saying “she is not compelled [to stay married], but he gives her a get.” Later authorities, including the Shulhan Arukh (Code of Jewish Law), interpret Rashi as saying the man should give the get, but we cannot force him to do so.

4.      Wife beating. There are widely differing opinions as to whether physical abuse of the wife is grounds for a beit din to compel a divorce. Some rabbis hold that it clearly is sufficient grounds, others that it is not. An intermediate view, best expressed by the Ramo (R Moshe Isserles, premier Ashkenazic authority), holds that certain types of beatings are considered acceptable, for example “if she curses him, or denigrates his father and mother,” and he warns her beforehand. However, if he beats her for no ascertainable reason, then she can petition the beit din for a divorce. Interestingly, the Ramo says if it is not clear who is the cause of the altercation between the spouses, we believe the wife’s testimony over the husband (Even Haezer 154:15).

What Methods Can Be Used to Compel a Man to Give a Divorce?

The basis for the rules on compelling a get can be found in the Talmud:

From this passage, the rule is derived that where a woman is entitled to a divorce under the causes discussed above, a Jewish court can apply any kind of pressure whatsoever to force the husband to grant the get. However, if a non-Jewish court applies pressure on the man, it must be at the behest of the Jewish court; otherwise the get will be invalid. In Israel today, where the Jewish court system can issue a judgment and bring the penal power of the state to enforce it, men have been imprisoned for failing to grant their wives a divorce–but only rarely.

If the woman does not have sufficient grounds for the beit din to be permitted to pressure the husband to divorce her, what can be done to encourage the husband to grant the get? Jewish law defines two categories of coercion: coercion using “sticks,” which would invalidate a get, and coercion using “words,” which is permissible. “Sticks” includes physical violence against the husband, imprisoning him, and issuing a communal ban (herem) against him. Whether causing him monetary loss comes under this category is debated. Coercion with words includes pressuring him through an unrelated issue or withholding assistance he requests (but is not entitled to).

The rabbinic example of coercion with words involves a husband who is in debtor’s prison, and his wife wants a divorce but does not have sufficient grounds for the beit din to be permitted to coerce him. However, her family offers to pay off his debts on the condition that he grant a divorce. If the reason he is imprisoned is unconnected with the divorce, the family’s offer to free him on condition of the get is considered permissible coercion. There is a controversy as to whether serious communal sanctions, e.g., refusing to do business with the husband or not burying his relatives, falls under the “coercion with words” category.

The 1983 New York Get Law permits a judge in a civil court to withhold granting a civil divorce until the party filing for divorce removes all barriers to remarriage (e.g., the get). A get given under these circumstances is valid because the civil divorce is not a right, but rather a privilege that is be bestowed at the discretion of the State. Withholding such a secular privilege does not in any way violate a man’s personhood or property as defined under Jewish law.

But, it should be stressed that if the coercion used by the beit din, or the secular courts at the behest of the beit din, is not effective to force the husband to participate in the get process, the beit din itself can do nothing. Only the man can do the acts required for a valid Jewish divorce; the Jewish court has no more power to declare a man divorced against his will than it does to declare a man married against his will.

Contemporary Activism to Save Agunot

An activist for agunot traces her development from demonstrator to promoter of prenuptial agreements that help protect women in the event of a divorce. 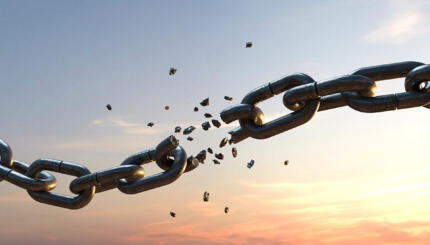