Teaching Your Children about Derech Eretz

Excerpted from “Blessings and Ethics: The Spiritual Life of Justice” in Conservative Judaism 49:4 (Summer 1997), 50-58 © The Rabbinical Assembly. Used by permission. This abridgement is adapted from one provided by SocialAction.com.

Judaism’s insistence on righteousness is what has drawn many of us to its vision of God, but in practice we appear to turn away from God when we attend to the human needs facing us.

Before just about every recognizably “religious” act, we say a blessing. But before we give money to the poor, or visit the sick, or help a couple celebrate their marriage: silence. Why? Some have suggested adding blessings to bring to the fore what has become the forgotten background to these moments.

Berakhot are our primary vehicle for ritualizing and concretizing our encounter with God. And so we say “Barukh atah, Blessed are You…who creates the fruit of the tree” before eating the apple. But having said that, what have we said? Or rather, what have we done?

Blessings are moments of praise, aren’t they? While this represents perhaps the most common understanding, the idea that we might be commanded to praise God raises questions itself. Why should God need our praise? On the other hand, could any praise we give God be enough? A classic rabbinic view is that the praise functions as a kind of “payment” for the pleasure we get out of the world. But just what kind of payment is a berakhah?

Let us ask the question from the other direction. What kind of theft is it to do no more than other creatures do? We do not take the apple or the wheat out of God’s world, but we put it to use so that it sustains life, supporting that very world. And what sort of theft is it to enjoy the beauty of the rose, the smell of the wild rosemary? The answer is that it is indeed a theft, but not of property.

“Rav Helbo said that Rav Huna said: Anyone who knows that his fellow is accustomed to greet him, “Shalom,” should anticipate and greet him “Shalom” first, as it says, “Seek peace [shalom] and pursue it.” (Ps. 35:15). And if he does not even respond to a greeting, he is called a robber, as it says, “That which was robbed from the poor is in your houses.” (Isaiah 3:14) [Babylonian Talmud, Berakhot 6b]”

What has been stolen? That which even a pauper has to lose: his dignity. In offering a greeting, one proclaims the other

to be worthy of notice, worthy of some of his space. In refusing to return the greeting the other rejects the commonality of the first, even his humanity. Occupying the space of the greeter he yields no space of his own, and so deprives his fellow of what is by all rights his.

God’s actions in the world are not only actions, they are gestures to us, and when we understand them as such, we are bidden to respond. For those who see that the heavens are really God’s heavens, the gift of the earth must be responded to.

Whatever its literal meaning, the functional meaning of “Barukh atah” is “You are Present” and the blessing—when said mindfully—helps establish a relationship with God in the phenomenon at hand; in the taste of the apple, the smell of the rosemary. Jewish tradition even demands a blessing on hearing bad news, because God is somehow present even in tragedy, and can (and must) be met there.

God, we believe, addresses us not just through the acts of creation, but also through commandments, and, not surprisingly, the blessings for mitzvot are not different in kind from those for physical experiences: they are tools for helping us recognize and respond to the God who is present in the particularity of the moment whether the moment involves a loaf of bread or a ritual object.

We would therefore expect a blessing for each mitzvah, but that is not the case. And as we noted above, it is predominantly in the realm of the ethical—even the prophetic—in which the connection to the realm of the Sacred is left unsaid.

Why Are There No Blessings for Mitzvot between People?

Perhaps the most commonly-given explanation for the lack of blessings for interpersonal mitzvot is that it would be inappropriate to say a blessing when pain or degradation are involved, either when it is the result of the act (e.g., inflicting punishment) or when it is the stimulus for the act (comforting mourners, visiting the sick). While there is a connection between blessings and human dignity, even this explanation is incomplete. Not only are there actions where no pain at all is involved (such as rising before the aged, honoring parents, bringing joy to a bride and groom), but we have already marked the injunction to acknowledge God’s presence—to say a blessing—even and especially in moments of pain. What is clear is that whether or not God is acknowledged as present in the face of suffering, we are certainly called to be present.

To Bless the Deed Would Dehumanize its Recipient

Central to the concept of tzedakah is the pauper’s power of self-definition, with that self-definition calling forth the particular action demanded of the donor. Further: as we look at texts dealing with other acts of kindness—visiting the sick, comforting the mourner, for example—we find that tzedakah is not a special case.

Ethical mitzvot arise in response to the authentic condition of the individual. The unspoken but nonetheless crucial and primary obligation in each instance is to be aware of and open to that authenticity, as the performance of the mitzvah in its fullness is absolutely dependent upon that awareness.

There is no blessing for tzedakah and like behaviors, because to say a blessing here would destroy the very moment it is supposed to elevate. We have seen how a berachah serves to help us cast our gaze away from the event-in-itself to see God through it. But if the pauper or mourner or bride were to become as transparent as the bread, as the candle, then that being-present to the other which is so crucial to the fulfillment of the mitzvah—perhaps even part of its purpose—is undercut.

Simply, I cannot be fully sensitive to another person if I have made that person into an object, a means, even if a means for getting to God.

We Encounter God’s Image in Responding to People

The liturgical silence surrounding ethical mitzvot does not reveal a radical separation between “religious” and “human” encounters, but testifies to the profound connection between the two as responses to the sacred. Something is sacred to the extent that we see it having value-in-itself, demanding to be seen as a subject.

When we say that God is sacred, we affirm that God’s worth is intrinsic and uncontingent. God demands to be treated as “subject”, to be looked directly, so to speak, in the face. The Biblical formulation, that humanity is created in God’s own “image” means not that a person looks like God, but that a person must be looked on like God, that he or she demands to be seen as having value in him- or herself.

Respect for the person must be respect for the person in his or her own particularity, for it is precisely in that particularity, in the difference, that the human resemblance to God is embodied. And so the paradox in its most wonderful form: It is the Godly aspect of a person, our very resemblance to the Divine, which precludes liturgizing our one-on-one encounters.

We have observed that a bracha is a tool for the recognition of the sacred Other, for greeting that Other in our worldly experience. We have observed as well that acts of justice and mercy as religious acts are rooted in an openness to the presence of a human other. This suggests that the central dynamic of religious life is the emulation of tzimtzum (God’s “contraction” to make space for the world as depicted in a kabbalistic creation myth): the making room in one’s own space for a different subjectivity.

The refusal to respond to a beggar is linked to idolatry because there is no essential difference between erecting a wall against one’s fellow and erecting a wall against God, who demands to be treated as a “subject”, to be looked directly, so to speak, in the face. The experience of another subject creates a demand upon us by its very presence to make room to respond.

Whether the encounter is with a beggar or a bride or the Creator, every encounter contains within it a call, a mitzvah, to make room, to approach, to act. A religious or spiritual personality is one that is open to those encounters, those calls. Both brakhot and ethics can function as disciplines for cultivating that openness.

Both are necessary and each leads to the other. For even if we think we are turning away from God, whenever we turn in openness to the presence of another, we find that we have turned to the Divine other as well. There is, after all, nowhere else to go. 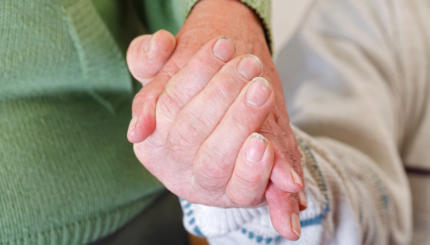 The involvement of God in moral issues gives Jewish ethical thinking a passion and urgency.

The principles of ethics embodied in Jewish legal and ethical writings apply explicitly to business situations.