The Conventions of Biblical Poetry

The three wisdom books of the Hebrew Bible are very different from the others.

The third part of the Hebrew Bible, “the Writings” [Hagiographa] is more miscellaneous in content (than the other two major sections of the Bible, the Torah and the Prophets). It is the part of the Old Testament (Hebrew Bible) least dominated by priestly and prophetic interests, and in which “the wise man’s counsel” is most prominent. Three of its major works, Proverbs, Job, and Ecclesiastes (Kohelet) are “Wisdom books,” as the Psalms and the Song of Songs are also, according to the ancient reckoning.

Of the remainder [of the books in Writings], Lamentations contains five additional psalms of a particular kind, Ruth is a parable, Esther and Daniel turn in part on the superior wisdom of Jewish piety, and the priest‑scribe Ezra of Ezra‑Nehemiah is described as endowed with divine wisdom (Ezra 7:25)

At one level it is intelligence or shrewdness. At the next it is good sense, sound judgment, and moral understanding. “A clever man’s wisdom makes him behave intelligently” (Proverbs 14:8). A third level is the capacity to consider profounder problems of human life and destiny. “Buy truth, and do not sell wisdom, instruction, and understanding” (Proverbs 23:23).

Wisdom thus becomes the fruit of the unending quest for the meaning of man’s experience of life and religion. “Where shall wisdom be found?” asks the Book of Job. “Man does not know the way to it. It is hidden from the eyes of all living things, God understands the way to it” (Job 28:12, 21, 23). The search for the higher wisdom led to the twin convictions that, in the last analysis, wisdom comes to man only as a divine gift, and that it belongs to the very nature of God himself.

One remarkable fact is evident from study of these works, as well as from specific statements in other parts of the Old Testament: that Israelite Wisdom was similar to that of neighboring peoples like the Edomites, and had antecedents and counterparts in the much older cultures of Phoenicia, Egypt, and Mesopotamia. It was in fact part of an international, intercultural, and interreligious school of thought whose beginnings can be traced to early times in Sumer and Egypt, and which was to make its impress eventually on the New Testament and the Talmud.

The Two Types of Wisdom Literature

In the neighboring cultures, and also in Israel, the Wisdom literature was of two main types that apparently represented divergent tendencies among the sages. The first is represented in the Bible by the Book of Proverbs (except for 8:22‑31 and 30:1‑4), the second by Job and Ecclesiastes (Kohelet). The spirit of the former is conservative, practical, didactic, optimistic, and worldly wise. The latter type is critical, even radical, in its attitude to conventional beliefs; it is speculative, individualistic, and (broadly speaking) pessimistic. The former expresses itself characteristically in brief rhythmic adages and maxims suited to instruction, as well as in longer admonitions; the latter, chiefly in soliloquy and dialogue.

The Hebrew Wisdom movement (as noted above) had its antecedents in more ancient cultures and its counterparts among neighboring peoples. Three roots of this international Wisdom movement can be distinguished: (a) the universal practice of instruction by parents and teachers in the knowledge and skills as well as in the moral standards that have proved advantageous for success in living; (b) the giving of counsel by those men (or women) who have gained a reputation for unusual intelligence, knowledge, and good judgment; and (c) the special skills and intellectual powers associated with literacy in a generally illiterate society.

The most extensive non‑Israelite Wisdom literatures have come down to its from Mesopotamia and Egypt. It is curious that Mesopotamian Wisdom is not mentioned  as one of the standards for comparison with Solomon‘s; possibly this is because of its later identification with illicit practices like astrology and divination.

In Egyptian Wisdom writings, the conservative and didactic type predominates.  The most characteristic form it takes is that of the “instructions” of a king or important official to his son and potential successor. This form appears as early as the Pyramid Age (2600‑ 2175 B.C.), and persists for more than two millennia. About a dozen such texts have come to light. The surviving literature of Egyptian Wisdom thus has certain similarities and points of contact with Hebrew Wisdom as represented in the Old Testament. The father‑to‑son form of moral instruction, the high value placed on the profession of the scribe as a learned man, the idea of wisdom as recognition of a divinely established cosmic order, the grounding of ethics in religion, and in more radical terms–the exploring of problems of the value of life and the meaning of justice show a common concern.

Many of the same virtues and vices are dealt with in both literatures (Egyptian and Hebrew Wisdom writings), and are judged by much the same moral standards. The differences are chiefly theological, and are particularly obvious in Hebrew ideas of reward and punishment in this life, in contrast to the Egyptian orientation toward judgment in the hereafter. Furthermore, there is no real counterpart in Egyptian Wisdom to the profound probing of the problems of justice and religion in the Book of Job, or to the rationalism and agnosticism of Ecclesiastes (Kohelet).

The Wisdom movement in Mesopotamia had its origins in the oldest culture of that region, that of the Sumerians, who bequeathed much of it to their successors the Babylonians and Assyrians. Large numbers of Sumerian proverbs and popular sayings, many arranged in standard collections, have come to light. The collections were made, and in part composed, at the scribal academies, and were used for instruction in the art of writing as well as in teaching cultural values. They include adages and maxims and, in addition, thumbnail fables and illustrative anecdotes. Some have the complaining or sarcastic note of popular sayings; others express a more mature wisdom about life.

Sumerian literature also explored profounder problems. The epic myth Gilgamesh and the Land of the Living tells how the hero sought to become immortal through some outstanding achievement, but learned that “when the gods created mankind they assigned death to men,” and man must accept the prospect and be happy while he can. This recalls Ecclesiastes (Kohelet). In one form of the Sumerian story of the Deluge, the Sumerian Noah, Ziusudra, after his survival, is instructed in the right conduct which will guard against a new destruction,

Biblical Wisdom in Its International Context

From what has been said above and from the quotations given, it will be evident that the Wisdom movement in Israel was indeed part of a much wider and older context in neighboring cultures. The resemblances are in both form and substance. At the same time it seems clear that the Wisdom of ancient Israel, as represented in Proverbs, Job, and Ecclesiastes, compares most favorably as literature with the Wisdom writings of other ancient peoples. Moreover, it strikes its own distinctive note. In intellectual penetration, ethical awareness, and religious spirit it is approached by these other literatures only here and there. Taken as a whole, it is unmatched in the surviving records of the wisdom literature.

The book of Job challenges the simple equation of suffering with punishment, by telling the story of one righteous man's confrontation with overwhelming misfortune. 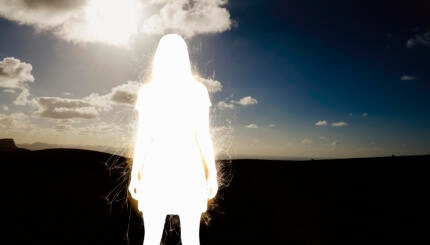 The Book of Proverbs wants us all to pursue wisdom. But what is that exactly?