Excerpted with permission from “The Jewish Healing Tradition in Historical Perspective” in The Reconstructionist, Spring, 1999. The original article includes full footnotes and references.

Judaism’s relation to the themes of healing and curing, and to sickness and health, may be found throughout biblical sources and in later textual and folk interpretations of those sources. Ancient Israel’s covenantal relationship affirmed God alone as healer, source of both health and illness, and restorer of body and spirit. Sickness, therefore, was viewed as a divinely ordained form of individual or collective punishment, rather than attributed, as in Mesopotamian, Egyptian, and Canaanite cultures, to independent, demonic forces. God’s healing, moreover, was linked to individual and communal forgiveness, restoration, renewal, reward, and deliverance from destruction.

Healing in the Bible

The root word r-p-‘, the basis of the Hebrew word for healing and healer, was closely related both to spiritual and physical redemption and to wholeness. In Genesis, God heard the plea of Abraham and healed Abimelech; God promised to keep Israel healthy if she kept the commandments….

Deuteronomy 24:8-9 and Numbers 12 recall Moses’ prayers for Miriam’s healing, and in the Song of Moses, God states: “I deal death and give life; I wounded and I will heal: None can deliver from My hand” (Deut. 32:39). Similar statements appear throughout the Hebrew Bible….

The prophetic voices in Hosea, Isaiah, and Jeremiah emphasized the healing aspects inherent in turning back to God…. Ezekiel and Zechariah described God as caretaker of the sick, the weak, and the lost, while rebuking Israel for not aiding God with such efforts on behalf of the needy…. Elijah, Elisha, and Isaiah invoked God’s healing powers through signs, fasting, prayer, and various healing remedies….

The Hebrew Bible, in fact, generally possessed a negative attitude toward physicians, given their perceived link to sorcery and incantations. The practice of such magical or faith healing was, moreover, consistently denounced in Exodus, Leviticus, and Deuteronomy. Consulting exorcists in the search for cure constituted grounds for exile from the community or death; the use of magic or incantations was considered an “abomination to the Lord….” Second Chronicles, for example, mocked foreign doctors’ treatments as idolatrous. King Asa of Judah “did not seek the Lord, but sought help from physicians,” and as punishment, the Chronicler inferred, he soon died (2 Chron. 16:12). Magical healing practices were condemned as well by the prophets and later in the Mishnah [an early Jewish legal text]….

Since Israelite priests and prophets closely understood the divine connection to health and healing through sacrifice, prayer, repentance, or fasting, they, rather than physicians, were often consulted in cases of illness. Priestly sacrifice and purification rituals were performed, given the perceived link between illness and ritual impurity.

Yet traditional scholarship has maintained that these rites, unlike ancient pagan exorcism practices, were not intended to combat evil powers through spells or incantations. Rather, prayers for the forgiveness of sins were considered effective against disease; psalms of confession and petition were recited only in the first person, rather than by a priest, and ritual purification occurred only after sickness had passed. Thanks and offerings were brought only later by those who were healed through God’s will.

Convincing recent scholarship, however, contends that even in biblical times, healing practices involving magical spells, incantations, and exorcisms had found considerable expression. This was especially true in those Jewish communities influenced by Egyptian, Midianite or Roman culture…. The book of Numbers documents Moses fashioning an image (later destroyed by King Hezekiah) known to magically heal serpent bites. I Kings, as well as Josephus, depict Solomon as a magician who could repel demons with his incantations, although the Mishnah records Hezekiah’s suppression of this “Book of Cures,” given its use as a substitute for prayer.

The Apocrypha also documented folk medicine practices featuring the angel Raphael, who brought health and healing in the name of God. According to Philo and Josephus, the Essenes were particularly interested in physical and spiritual healing. The community at Qumran embellished the story of Abraham’s healing of Abimelech, while the Dead Sea Scrolls record Abraham healing on behalf of the pharaoh by expelling a plague caused by a demon.

Jewish Healing in the Post-Biblical Tradition

Judaism in the post-biblical period witnessed an increase in the use of various healing remedies, including exorcism of demons and the use of amulets. In the century following the destruction of the Second Temple in 70 C.E., Josephus described the rise of prophetic magicians who largely replaced the Temple priests in meeting individual needs for atonement, guidance, and healing. Such magical healing practices, which included exorcism and foretelling the future, reflected not only the decline of the institutionalized priesthood, but also the lack of a systematic practice of medicine and widespread suffering in the culture at large.

Charismatics–whether magicians, exorcists, witch doctors, healers or counselors–became increasingly revered, and new groups and institutions were formed around them. Magical healing stories were now widely circulated, featuring special powers of figures such as Elijah or Elisha, or of later rabbis such as Hanina ben Dosa and Yohanan ben Zakkai.

During the codification of the Mishnah, beginning in the third century C.E., the healer posed an inherently dangerous challenge to the emerging institutional and spiritual authority of the… developing rabbinical academies. Tales of individual healing magicians were thus downplayed and few healing stories were actually written down.

Nevertheless, the genre of the magical healer has survived in the rabbinic literature. The Mishnah mentions the stone of Abraham, which cured all who looked at it. It also depicts one sage healing another through prayer and the laying on of hands.

The sages’ detailed discussions and frequent denunciations of magic, witchcraft, and sorcery also serve to underscore evidence of widespread popular reliance upon magical healing practices during the period of the codification of the Talmud and [works of] Midrash. The Talmud frequently mentions the use of charms for healing, and the rabbis themselves often sanctioned a wide range of magical cures by physicians, including incantations involving God’s name and the recitation of Biblical passages. The sages even ruled that any practice actually producing a cure was not to be considered superstition.

Such rabbinic rulings resulted from the lack of a clear distinction between science and magic in medical practice in late antiquity, as well as a necessary compromise with popular culture. While some insist that the rabbis themselves were not superstitious or involved in magical cures, it is likely that they as well were not fully exempt from involvement in magical and mystical aspects of the healing arts, despite their official condemnation.

It is likely, however, that later rabbis assigned the title of Hasid to some early magicians in order to include these popular tales in the later canon. They made certain, however, to interject these famous stories with injunctions concerning the importance of prayer and the observance of the law.

The Emergence of Respect for Healers

As mentioned above, biblical views of the physician were primarily negative, given ancient Israel’s concern over the link between healing and idolatry through magic and sorcery. This factor, in addition to halakhic [Jewish legal] injunctions against uncleanness, which forbade contact with blood and corpses, seriously limited the development and practice of a profession of medicine. True respect for the profession, as well as the specific obligation to heal–so critical to later Jewish views of health–may be traced to the Hellenistic period, where contact with the Stoic concept of natural law and Greek forms of non-magical, “scientific” medicine removed Jewish objections to cures by physicians.

The apocryphal book of Ben Sira, in the early second century B.C.E., thus diverged from the attitudes of Exodus or Chronicles, praising the art of medicine and its healers as instruments of God’s will. Nevertheless, this new respect did not render physicians all-powerful or independent of divine intercession. Ben Sira, for instance, stressed that God could also be appealed to directly through prayer, sacrifice, and adherence to the commandments. 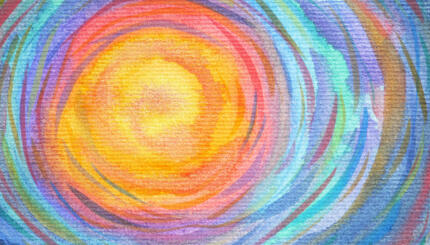 Curing with supernatural powers is viewed with skepticism in Judaism.