When reading Jewish fiction, it is surprisingly easy to forget about God. Fiction has traditionally been the domain of secularists, and, with a few salient exceptions, even novels dealing with Orthodox and Hasidic communities tend to focus on the behaviors of these groups as an anthropologist or sociologist might. devoting considerably less attention to theology and spirituality.

Yet if 20thcentury history teaches us anything, it is that no matter how thoroughly science and rationality have countered superstition, religious and spiritual beliefs continue to exert a tremendous influence on people all over the world. In America, the recent Kabbalah  fad provides one powerful and bizarre example of the durability of spiritual thinking. The pop singer Madonna has been the most famous and ardent non-Jewish devotee of Kabbalah, but the confluence of new age culture and ancient Jewish mysticism also plays out in Myla Goldberg’s book group favorite, Bee Season.

The novel’s captivating conceit links Kabbalah with a traditional ritual of American elementary education, the spelling bee. Eliza Naumann, an otherwise undistinguished fifth grader, wows her classmates and family by spelling her way to the national finals on the basis of her supernatural ability to envision letters and words forming inside her head. Eliza’s father, Saul, is a Reconstructionist hippie-style cantor who discovered “LSD and Jewish mysticism at the same time,” in college, and though he has given up the drugs he has continued his pursuit of “shefa, the influx of the Divine.”

Believing that Eliza’s spelling bee triumphs result not from a healthy vocabulary but from a kabbalistic gift, he sets out to train her in the practices of Abraham Abulafia, a 13th-century mystic whose works Saul has, conveniently enough, personally translated into English. Saul and Eliza aren’t the only ones in the family with high aspirations, either. Eliza’s brother, Aaron, seeks enlightenment in Eastern religions, finding his way to a Hare Krishna temple, while their overachieving mother, Miriam, pursues an illegal obsession that she, too, considers Jewish: she views her compulsive stealing as part of a project of tikkun olam, repairing the world, in a mystical sense.

Goldberg seems aware of the absurdity and potential perniciousness of blithely co-opting mystical ideas: when Saul describes Abulafia’s rituals as “primarily a kind of Jewish yoga” it is hard not to cringe. Like Miriam, many synagogues and secular organizations have, in recent decades, embraced the term tikun olam for their social action committees and environmental programs with no connection whatsoever to kabbalistic eschatology.

In general the seekers in Bee Season grope for spirituality out of desperation and pain, not a disinterested desire for cosmic truth. At the same time, though, Goldberg does not deny the possibility that a few of these wandering souls might find true transcendence. Goldberg’s execution isn’t entirely consistent-the present-tense narration occasionally falters, and there are a couple of moments where the author’s research seems to have stumbled-but Bee Season struck a chord with critics and readers. An emotional portrait of the dissolution of a grotesquely dysfunctional family, the novel exhibits the ways in which the promises of redemption and transcendence appeal even to those without a connection to the rituals and texts of traditional Judaism.

Further reading: A film version of the novel in 2005 featured Richard Gere as Saul, transforming him into an academic. Goldberg has since published a travel book about Prague and Wickett’s Remedy (2005), a novel set during the influenza epidemic of 1918. Spelling bees have been featured in many recent films and books, including an excellent documentary, Spellbound (2002), and a Broadway musical, The 25th Annual Putnam County Spelling Bee.

Those fascinated by Miriam’s obsessive-compulsive behavior and its relation to Jewish life might be interested in Jennifer Traig’s Devil in the Details (2004), a memoir of the author’s struggle with obsessive-compulsive disorder, or in I Never Promised You a Rose Garden (1964), a best-selling novel written by Joanne Greenberg under the pseudonym Hannah Green that links the experience of anti-Semitism with mental illness.

From the 13th through the 15th century, the Iberian Peninsula was the home of most major kabbalists. 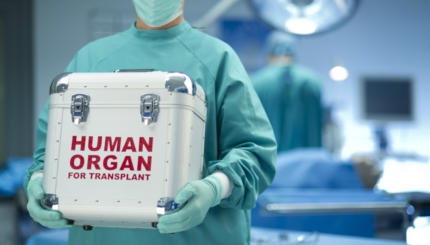 Orly Castel-Bloom's novel is not for the faint of heart.